Danish minnows FC Midtjylland are planning an audacious assault on the Champions League – in 2030 – by building a school for children from the age of five where they will be taught to become the best players in Europe.

The club made its debut in the elite European competition this season, finishing bottom of Group D after achieving creditable draws at home to Liverpool and away to Atalanta.

However, Midtjylland, well known for its innovative and analytical approach to football, has created a school, called Guldminem, or Goldmine, similar in organisation to Barcelona’s famed, La Masia, and it has the same lofty ambitions.

‘The goal is a Ballon d’Or winner,’ said Bjorn Holm, co-principal of the Goldmine. ‘Midtjylland has been known for aiming for the stars and the Ballon d’Or gives us something to aim for.

‘We are not just trying to make good players, we are saying ‘how good can we make them’.’

In 2010, La Masia became the first youth academy to have trained all three finalists for the Ballon d’Or in a single year – Andrés Iniesta, Lionel Messi and Xavi, and that’s where Midtjylland hope they are headed, although they accept they may not keep their future stars for long. 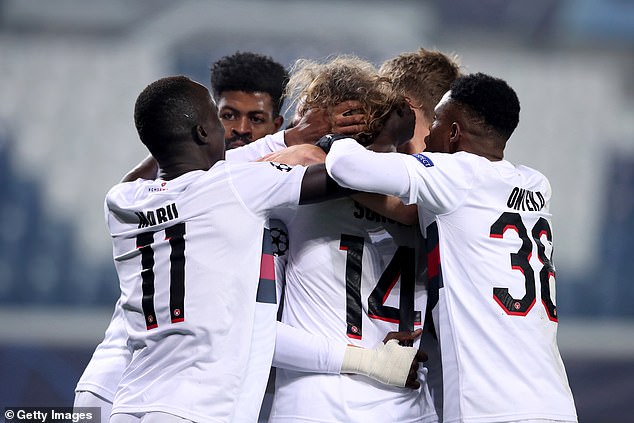 The Danish minnows achieved a draw at home to Liverpool and away to Italian side, Atalanta ‘We hope we will have players who play for Midtjylland and become cultured footballers and then they will be sold to bigger clubs,’ said Holm, describing a model used by Europe’s other talent factories in the continent’s second tier leagues, such as Ajax in Holland, Benfica and Porto in Portugal and RB Salzburg in Austria.

The school opened to its first students last year and 75 are currently enrolled, but it will grow to more than 200. As the school’s reputation spreads, more and more Danish parents are enquiring about a place and considering moving to the remote area around the town of Herning, 200 miles west of Copenhagen. The demand for places when recruitment reopens in February is expected to be very high.

Children are selected for the Goldmine at the age of five, based on their physical abilities, such as balance and coordination, but not football. The pupils are taught the usual academic subjects, but half of the day, which runs from 7.30am to 4.30pm, is devoted to sport. including judo, athletics, dance and yoga to build strength and athleticism, as well as coaching in the beautiful game. 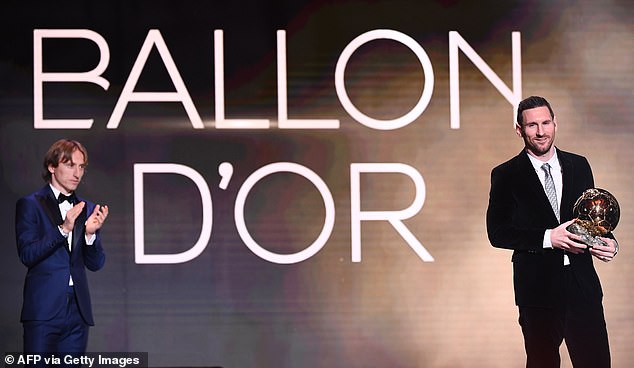 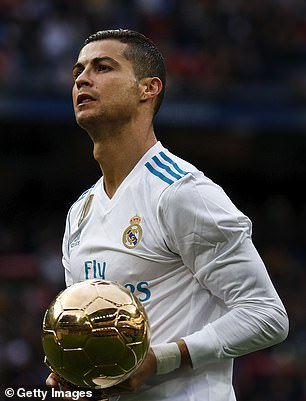 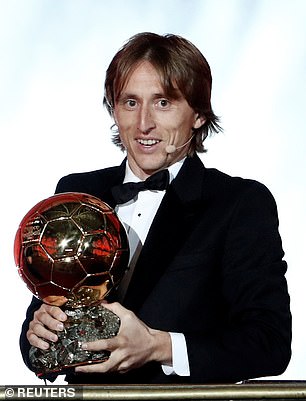 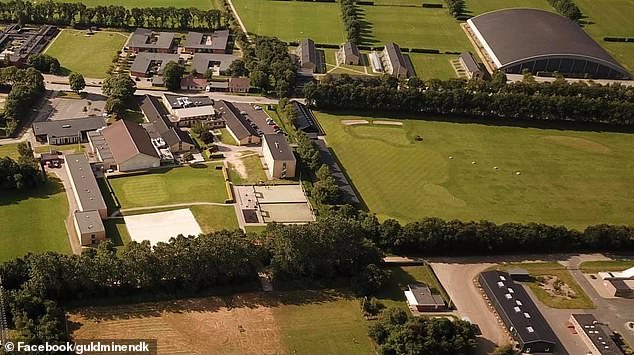 The Goldmine School is in a rural area 200 miles west of the capital, Copenhagen

Central to the school’s approach is to integrate the club’s senior players with the youngsters, so the first team take lessons discussing their experiences in the Champions League and other big games, they join in coaching sessions, sharing tricks, doing the ‘crossbar challenge’ and once the building is complete, they will even share the dining hall and eat ‘school dinners’ with the kids.

The kids, meanwhile, have a designated zone within the stadium from which to watch their heroes play.

‘We are building a new school that will bring the first team even closer,’ said Holm. ‘The kids will be meeting them all day. They are there all the time and we share the same pitches. We want the first team players to remember why they are playing football. Where they have come form and that it is fun.

‘It’s a strategy. We think it will improve the first team and talent development 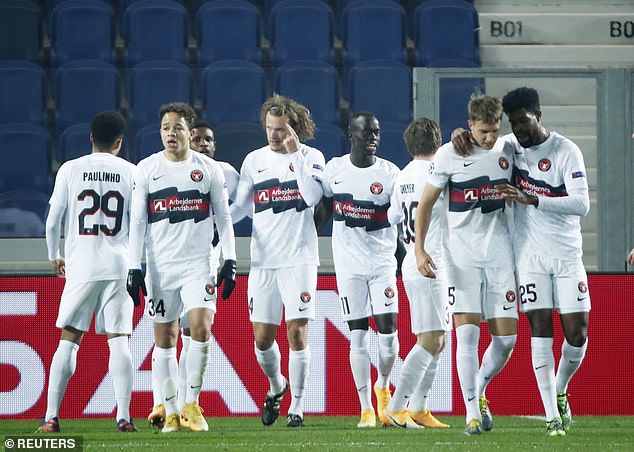 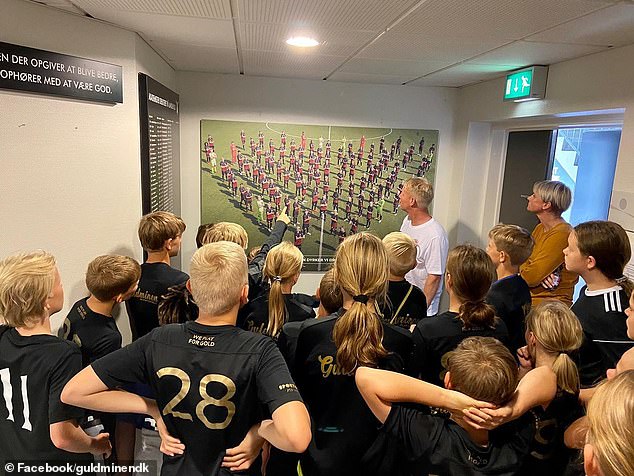 Midtjylland, which only formed 21 years ago from the merger of two rival clubs, has been using statistics and data analysis to good effect in its short history. It brings in underrated players, coaxes out their talent and then sells them on for a large profit, as well as analysing the game for marginal gains.

It is a system also utilised by Championship side Brentford, which is not surprising since former professional gambler, turned football analyst, Matthew Benham, is the majority shareholder at both clubs.

Midtjylland has won admirers throughout Europe, including Jurgen Klopp and Liverpool, who headhunted the club’s throw-in coach, Thomas Gronnemark, to improve the Reds’ ball retention from restarts. 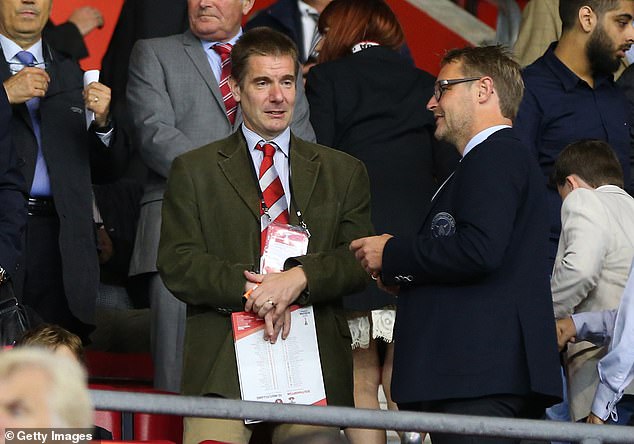 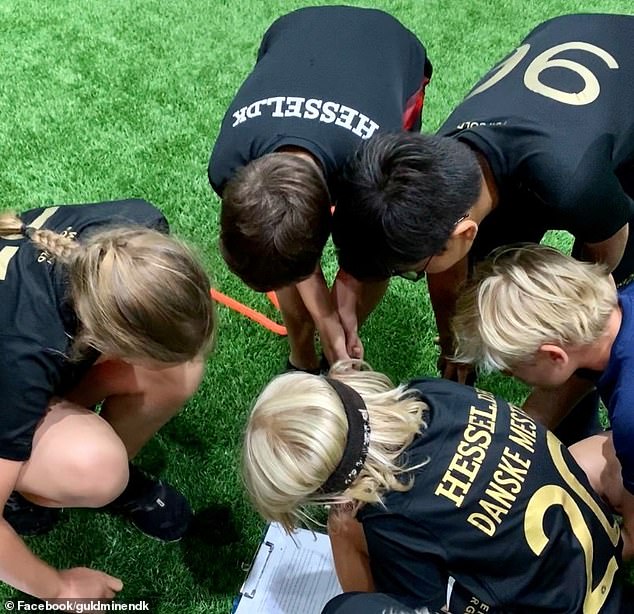 The number-based approach has earned the club the nickname, Moneyball FC, after the statistical method Major League Baseball side, Oakland Athletics, used in the 1990s to recruit players, which is co-owned by professional and selling them on for a large profit.

Not surprisingly, data forms a big part of the children’s development at the Goldmine, testing the growth of their strength, speed, and acceleration, as well as observing and directing their football evolution.

However, the Goldmine is about much more than just measurements. The philosophy of the school is based not only on data science and theory of football, but the learning of Rasmus Ankersen, who travelled the world to uncover the secrets of talent development. Rasmus Ankersen has explored talent development in his book, ‘The Goldmine Effect’ 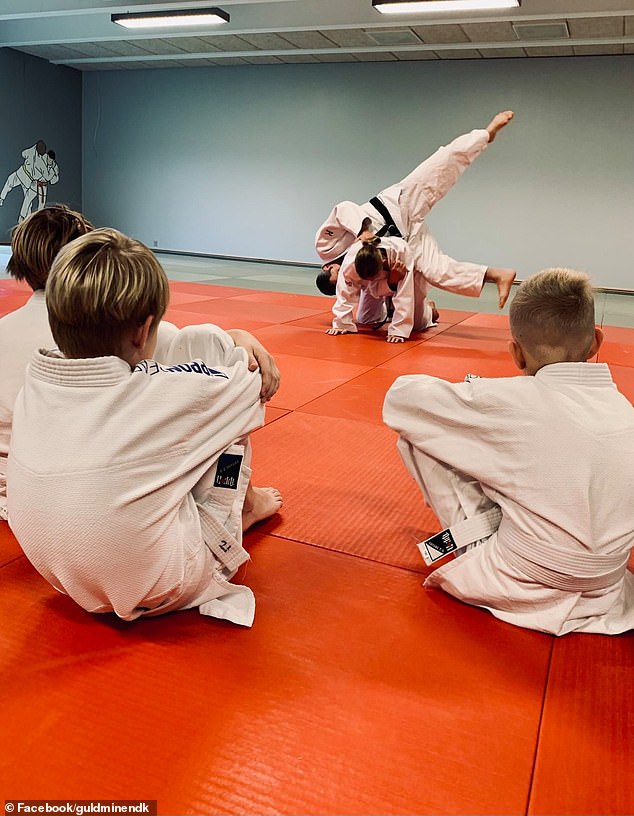 Half of the school day is about sport, but not just football, the youngsters are encouraged to do judo, yoga, gymnastics and dance to develop balance, suppleness, athleticism and strength

Ankersen, who is the club chairman, has travelled to the Ethiopian village of Bekoji that has produced some of the world’s best middle distance runners on red dust of east Africa, to the Jamaican athletics club, MVP Track and Field, which has developed a string of top class sprinters on a diesel-scorched grass track, including one-time world record holder, Asafa Powell, and Russian tennis clubs that have transformed the country’s profile in the sport from next to nothing to dominating the rankings, among other ‘goldmines’ of talent if football and golf.

The performance analyst recounted these experiences and the lessons learned on how to develop world-beating talent in his 2012 book, ‘The Goldmine Effect’. One of the things all these ‘goldmines’ had in common was shared success. By rubbing shoulders with winners, it drove the next generation forwards. 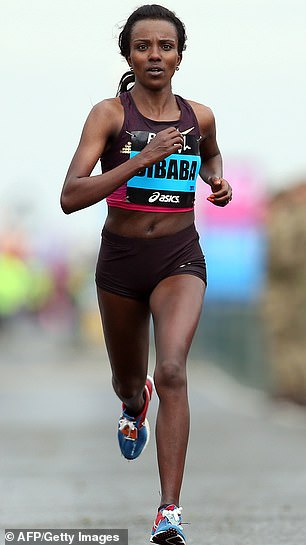 The Goldmine Effect suggests that talent develops where there are a number of high-quality athletes working together with a history success. Record-breaking sprinter Asafa Powell trains at the MVP Track and Field Club in Jamaica and Tirunesh Dibaba, who has won three Olympic golds, is one of many middle distance runners who train in the village of Bekoji in Ethiopia

And this is part of the learning Ankersen is trying to put into practice at Midtjylland’s new school.

‘I don’t see why a Ballon d’Or winner should not come from Denmark if the right environment is there,’ said Holm. ‘We have these kids from morning to evening, so many hours to influence their development, physically, but also mentally. It can be just as good as any other club environment in the world.’

Holm is quick to dismiss any suggestion that the school places too much pressure on the children.

‘It’s a kids’ environment,’ he said. ‘They do not feel like they are working on being the world’s best football player. Everything should be fun.’

However, he accepts that dealing with pressure is part of their development as players and people and as youth footballers for Midtjylland there will always be expectation from themselves and others. 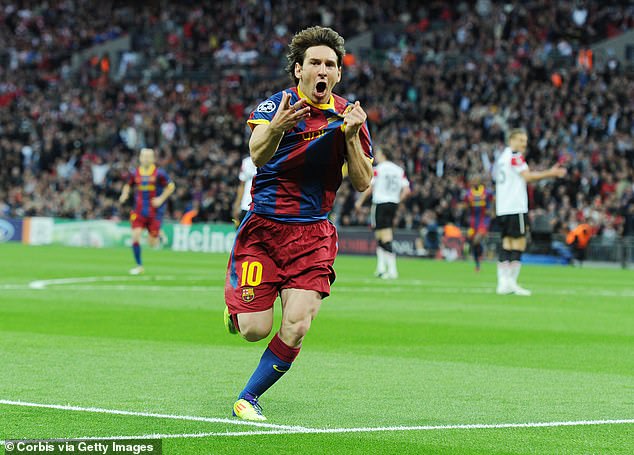 Bjorn Holm insists pupils don’t feel they are working to be a  world-class player, like Messi

‘We are making students with a strong character,’ said Holm. We can do it in football practice, but also in lessons like maths in how they tackle a new task or attack a problem.

‘We talk about courage. On the pitch it could be courage to take the ball and do something with it, but it could also be in judo when you fight the stronger kids or it could be doing something in front of the other kids, like singing or dancing.’

And Holm hopes it is not just football in which the pupils excel. He wants graduates to be rounded people when they leave at 16 to join the Midtjylland or pursue other interests. And if they lift the Ballon d’Or, he hopes they will give a rousing speech reflecting on the state of the planet, not just football rivalries.

‘The goal for the school is not only making the best football player, but we want to see students who want to make a difference in the world, he said. ‘We hope that when someone gets the Ballon d’Or trophy, they will use the time to talk about something more than usual. We want them to take responsibility for the world. That will be great.’