Cash-strapped Barcelona FINALLY get £23.5m deal for Ajax right back Sergino Dest over the line as Ronald Koeman makes his first signing (but it might have to be last this summer!)

The Ronald Koeman revolution at Barcelona has begun with the Dutchman making his first signing since becoming manager in the form of Sergino Dest.

On Thursday it was announced that Dest had joined the Spanish giants in a deal worth up to £23.5million from Dutch club Ajax.

Barcelona have signed the right back for an initial £19m but that could rise by a further £4.5m depending on variables.

Barcelona have signed Sergino Dest from Ajax in a £23.5million transfer on a five-year deal 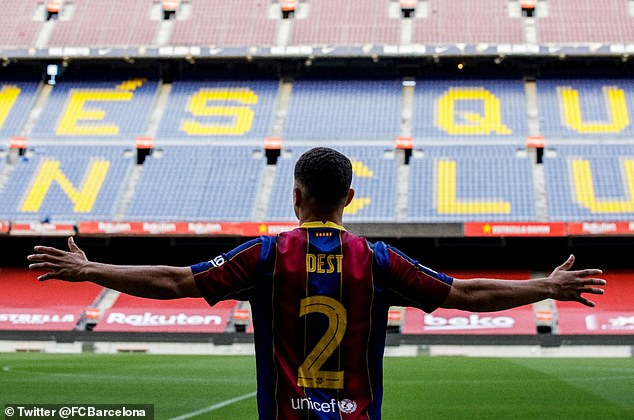 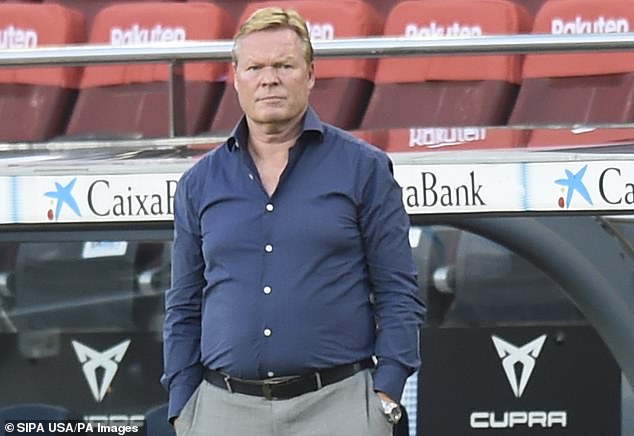 The USA international will wear the No 2 shirt and will be officially unveiled to the media on Friday afternoon.

‘I have no doubt that he will be a very useful player for Barca,’ Koeman said on Wednesday when Dest arrived at the club and passed his medical.

The defender will compete with Sergi Roberto for a first team berth after Portugal right back Nelson Semedo left Barca for Wolverhampton Wanderers last week.

Dest only made his debut for Ajax last summer but shone as he recorded 35 appearances in all competitions for the Dutch side who were leading the Eredivisie last season before the campaign was cancelled due to the coronavirus pandemic. 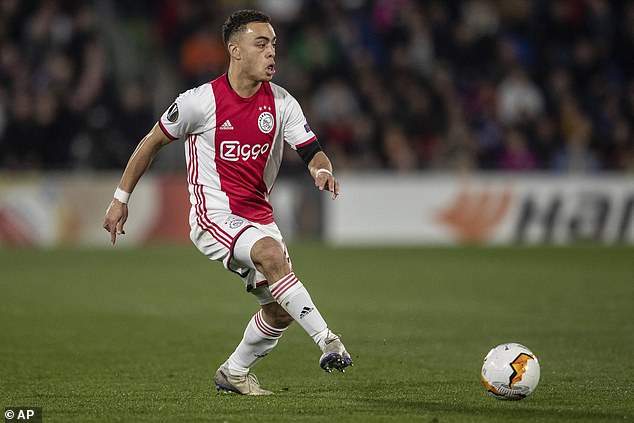 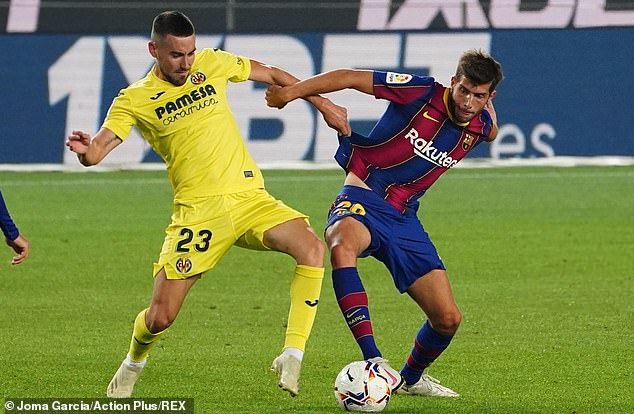