‘I will stick with him’: Chelsea boss Frank Lampard vows to back Callum Hudson-Odoi amid youngster’s struggles since injury

Frank Lampard is confident Callum Hudson-Odoi can rediscover his best form soon after holding a series of heart-to-heart chats with the winger.

The 19-year-old burst on to the scene last season where he became an integral player in their run to Europa League glory, but he suffered an achilles injury towards the end of the campaign and has struggled for form since returning.

Hudson-Odoi has rarely started for Chelsea this term and it has been reported that the England international is short of confidence as a result of criticism of his performances on social media.

Lampard revealed he has spoke openly and honestly with the player about his displays recently and is backing the teenager to come through the first big test of his fledgling career.

‘At 19, there are not too many that are playing in the Premier League every week, especially at a club like ourselves,’ Lampard said.

‘He does have competition in those areas. His consistency needs to be how he works, how he trains everyday and how much pressure he puts on me to play him and get into the team. 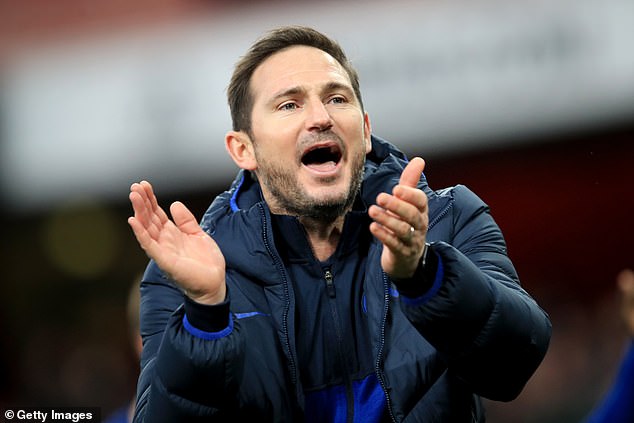 ‘That is one thing he will strive for but from all the conversations I have had with him in the last few weeks – and I have had a few – he understands what he needs to do on and off the pitch. I will certainly stick with him.

‘I have got no problems with him, I thought he did well when he came on at Arsenal, that should be a nice little boost for him and I think Chelsea fans will be absolutely behind him.

‘He needs to understand what is needed and he is working on that constantly, I’ll back him and work with him on that.’