After over a year out of work, Mauricio Pochettino is back in the managerial hotseat with a mouthwatering Parisian project too good to turn down.

The 48-year-old Argentinian has bided his time since his sacking by Tottenham, following a five-year spell where he won the hearts of Spurs fans and football lovers alike, but as he takes charge at PSG – a club he played for 20 years ago – he is presented with an altogether different proposition.

With expectations sky-high managing a megabucks team with world superstars among them, Sportsmail takes a look at what Pochettino will be looking to change and implement ahead of his first game in charge at St-Etienne on Wednesday night. 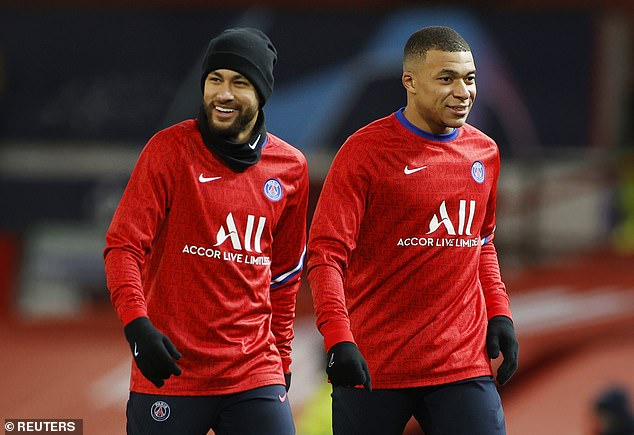 Neymar and Kylian Mbappe will work under the new boss, but can they adapt to his methods?

WHAT WILL HE BRING TO PSG?

Pochettino made Spurs contenders on the English and European stage by implementing high-pressing and high-intensity tactics where the star of the team, put simply, was the team. Even one containing Harry Kane.

Therefore, he has quite a job on to coerce these team of superstars into a cohesive unit.

It will be fascinating to see how Pochettino decides to approach this conundrum. Whilst PSG have underperformed so far this season, they’re still the Champions League runners-up and are littered with quality.

To what extent does Pochettino aim to ‘ruffle some feathers’, so to speak? He reportedly said to his players this week that there has ‘been enough nonsense’ and the ‘time for laughing is over’. Bold early words.

Tactically, very early indications suggest a 3-5-2 formation could be utilised, given the tactics board set out during Pochettino’s first meeting with the players.

Of course, that could be a red herring, with the coach preferring a 4-2-3-1 formation at Spurs. He certainly has the players and resources to persevere with either set-up. 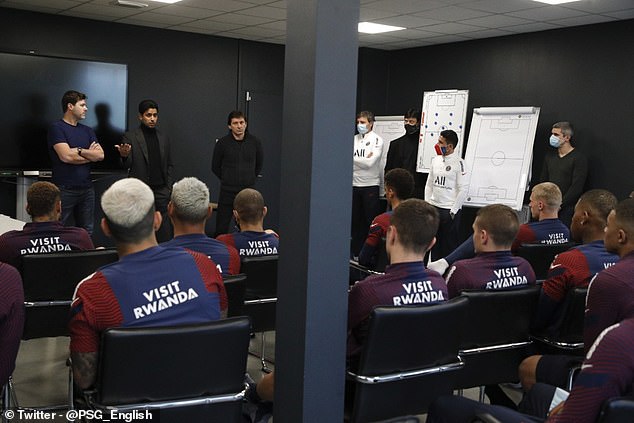 Pochettino briefs his new players, with a tactics board in the corner showing a 3-5-2 formation 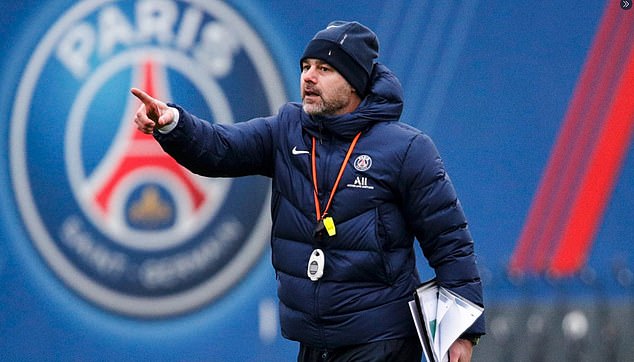 CAN HE HANDLE THE SUPERSTARS?

This will be the question which may well define Pochettino’s time at PSG.

It is no secret that Thomas Tuchel found dealing with star players Neymar and Mbappe difficult throughout his tenure, with a very public falling out on the touchline with the young French star a particularly memorable clash.

Pochettino developed stars such as Kane and Dele Alli at Spurs, but none with the pure quality and worldwide aura of these two. 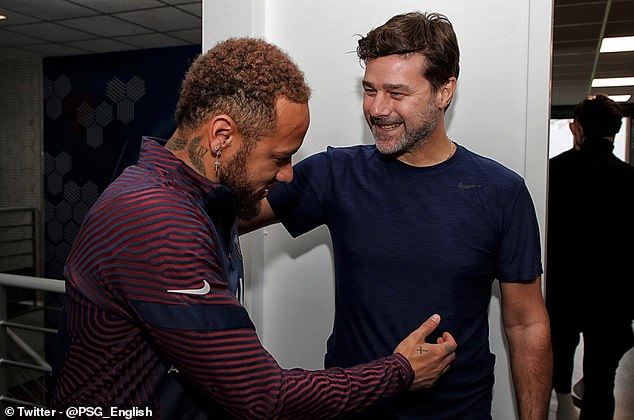 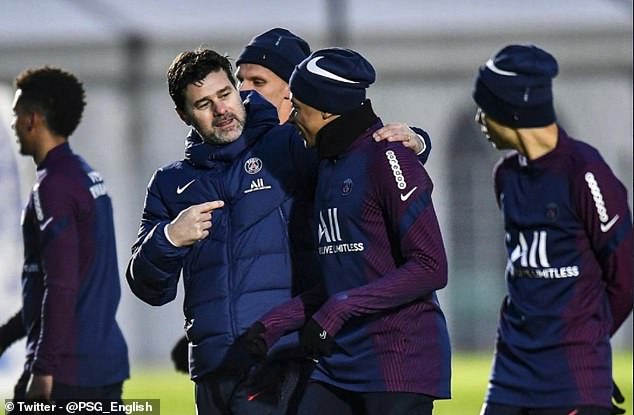 Known to have direct communication with the board too, the pair do on occasions look to wield their influence and, with this link unlikely to be terminated, Pochettino will have to find a simple balance.

He bases his sides on a cohesive unit – yet in Paris, the individual star is certainly the primary attraction.

Will Poch try and change the culture, or weave his methods into the current environment? Time will tell.

As you would expect, the rumour mill has been in full flow since Pochettino’s arrival was confirmed.

Lionel Messi, Sergio Ramos and Kane are all star attractions who have been linked with a move to the French capital, though any big-money move is likely to come in the summer and could only materialise if Mbappe makes a switch to Real Madrid.

More pressingly, Pochettino could secure his first signing this month in making Moise Kean’s loan deal from Everton a permanent one, for a reported £31m. 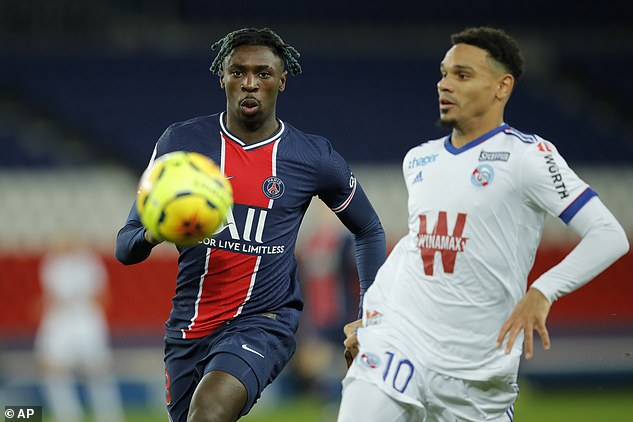 The Italian striker has been one of the standout players this season and is second in the team’s goalscoring charts on nine.

Beyond that, talk of a loan move for Alli has gone quiet for now, while France’s World Cup winning-captain Hugo Lloris is also likely to stay put in north London despite links of a return to his homeland.

Instead, as Sportmail has revealed, Pochettino is more likely to raid Inter Milan for another of his former charges: Christian Eriksen. The Dane is having a torrid time in Italy but was the creative star of Pochettino’s Spurs until he decided he wanted a new challenge. Eriksen is unwanted at Inter so is a realistic January target.

AND THE AIM FOR THIS SEASON?

No change here – European success is the priority at PSG.

That being said, unlike years gone by when the Ligue 1 title has been a foregone conclusion by Christmas, Pochettino’s new team currently sit third in the French top-flight and have work to do.

Their efforts to leapfrog Lille and Lyon start at St-Etienne on Wednesday night, but the main event for Pochettino will be the Champions League last-16 tie against Barcelona, which kicks off next month. 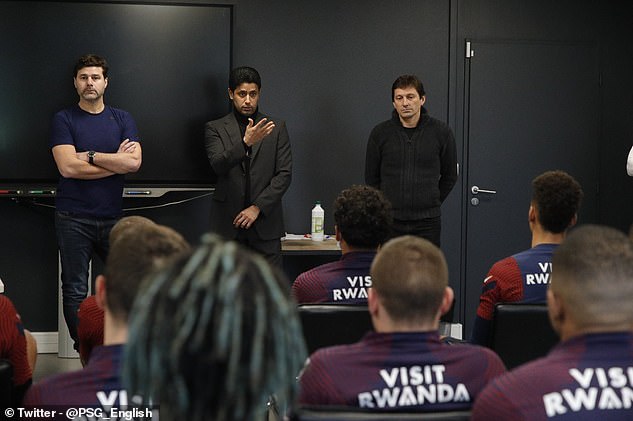 Before last season’s run to the final – and defeat by Bayern Munich – in the shortened version of the knockout-stages in the summer, PSG had failed to progress beyond the quarter-finals and an inability to reach the latter stages has seen numerous managers fall by the wayside over the past decade.

Though Pochettino can win a trophy as early as next Wednesday – against Marseille in the French equivalent of the Community Shield – his 18-month deal indicates that he will not be afford maximum time and patience at the Parc des Princes.

Though clinching the Ligue 1 title again will be a priority, a deep European run would guarantee at least a summer’s work on and off the pitch.