Das Boot! Stuttgart’s keeper Gregor Kobel pulls off an astonishing penalty save with his FOOT to deny Leipzig’s Emil Forsberg

Stuttgart goalkeeper Gregor Kobel pulled off the penalty save of the season – and followed it up with a brilliantly stoic celebration as if it was an everyday occurrence.

RB Leipzig forward Emil Forsberg drilled his spot-kick with formidable power down the middle and such was the speed, it first appeared Kobel had pushed it onto the bar with his hands.

But slow-motion replays showed he’d actually kicked the ball onto the woodwork with a his right boot as he dived away from the shot. 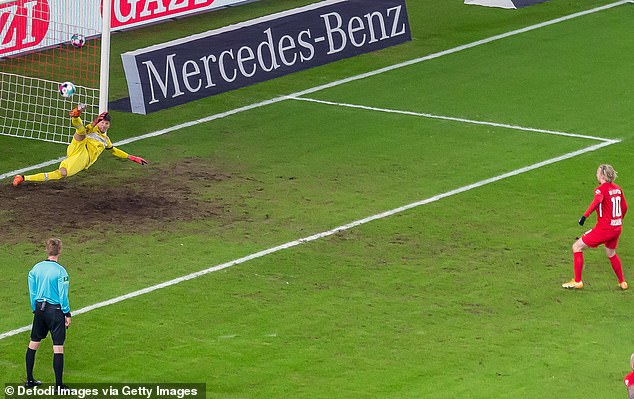 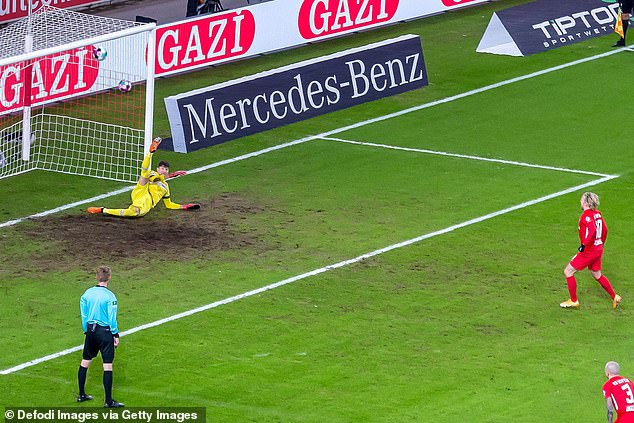 At normal speed, it appeared Kobel had saved the spot-kick with his hand but slow motion replays revealed the incredible stop

The 23-year-old Swiss stopper marked his wonder save with an understated celebration, simply offering a couple of his team-mates fist bumps.

Forsberg had won the 22nd-minute penalty in Saturday night’s Bundesliga clash at the Mercedes-Benz Arena after being felled by Pascal Stenzel.

But he couldn’t capitalise as Kobel pulled off the miraculous stop with his foot.

However, Leipzig did eventually emerge victorious with Dani Olmo grabbing the winner midway through the second-half to send them a point clear of Bayern Munich at the top of the table.

Bayern have the opportunity to respond when they host Mainz on Sunday afternoon in what is developing into an exciting title race. 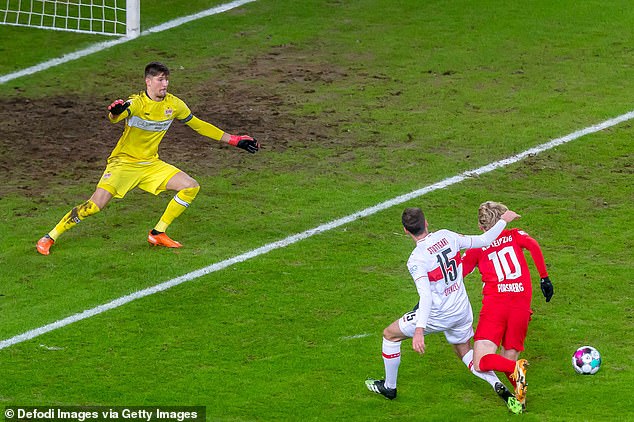 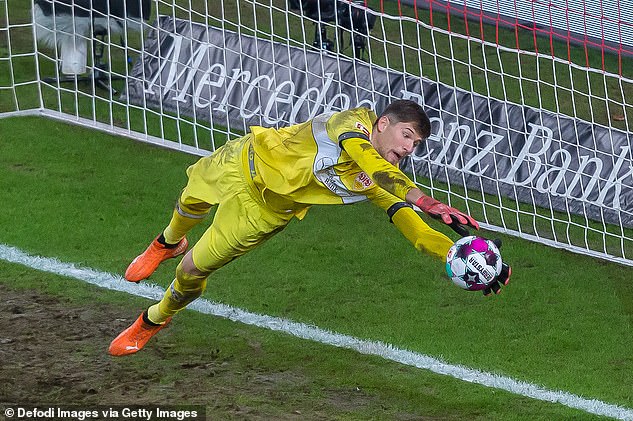 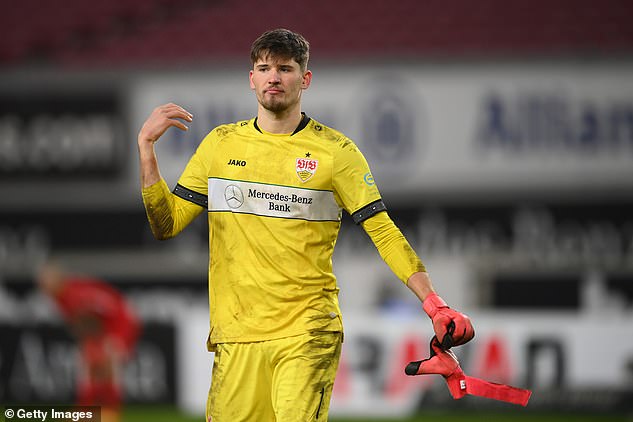 The German season would traditionally be on its winter break for much of January but the truncated schedule amid the Covid-19 pandemic meant an early return from the Christmas pause.

It was the sixth penalty Kobel has faced in the Bundesliga and the second he has saved. Stuttgart, who were promoted back into the Bundesliga last season, are currently 11th despite Saturday’s loss.

Kobel, a former Switzerland under-21 international, came through the youth ranks at Grasshoppers Zurich before moving to German club Hoffenheim, first on loan and then permanently in 2016.

He only made six first-team appearances for them, however, and after a loan spell with Stuttgart in the second tier in 2019-20, he signed for the club permanently back in July. 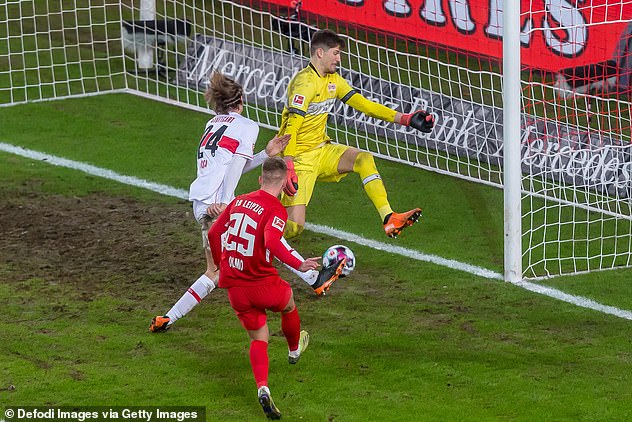 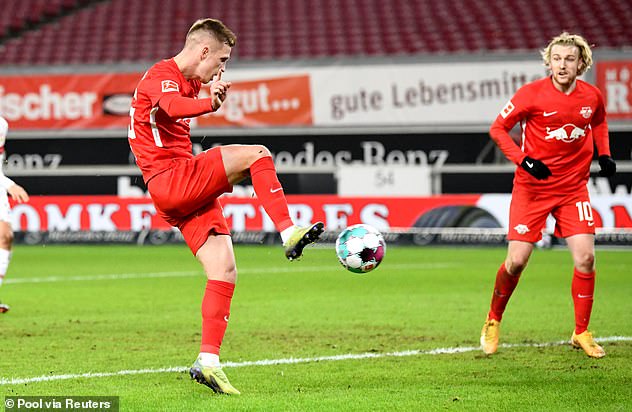