Barcelona striker Ansu Fati has had surgery on the meniscus tear that is expected to keep the 18-year-old prodigy out of action for four months.

The teenage Liga top scorer for the Spanish giants was substituted at half-time after showing obvious pain during the first half of Barca’s 5-2 win against Real Betis at the Camp Nou on Saturday.

Asking fans to wish the Spain sensation a speedy recovery, a club statement said: ‘Ansu Fati has successfully undergone surgery for the internal mensicus injury in his left knee. 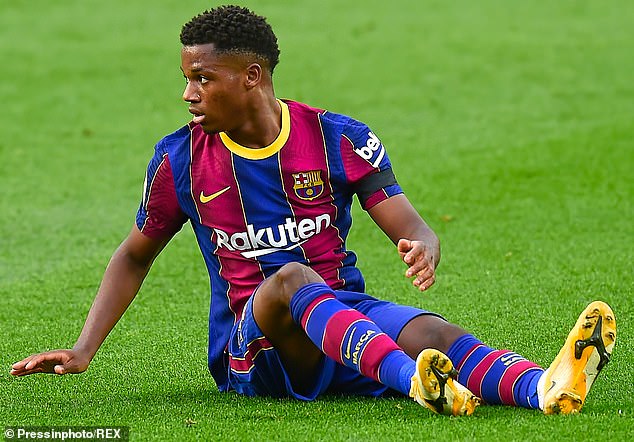 ‘The operation was performed by Dr Ramon Cugat under the supervision of the Club’s medical services.’

Starting his first full season as a senior player, Fati scored twice in five minutes in the first half of Barca’s first match of the season as they beat Villarreal 4-0 at the Camp Nou.

Fati has scored five times and added two assists so far, starting while all-time top scorer Lionel Messi began on the bench against Betis after picking up a knock.

Messi scored twice after coming on and fellow striker Antoine Griezmann also netted in the second half despite missing a penalty. 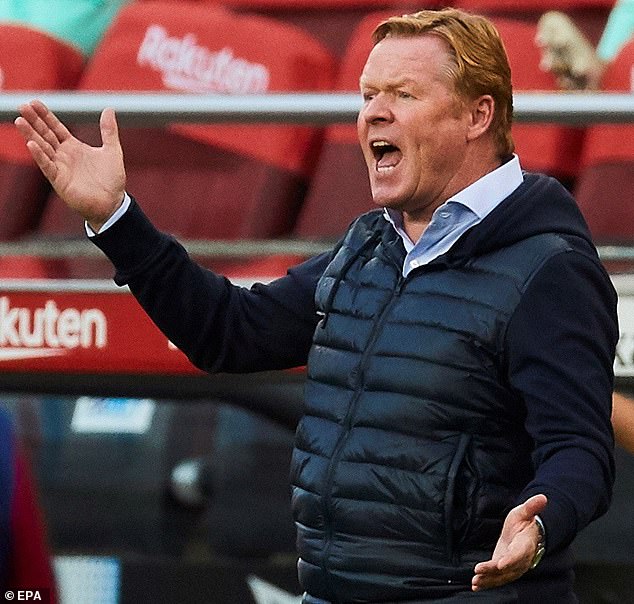 Newcomer Fati’s recovery will also rule him out of Spain’s upcoming games against Switzerland, Netherlands and Germany.

Real Madrid’s Marco Asensio has replaced him in the national squad, with whom he became the youngest player to score for Spain courtesy of a goal against Ukraine last month.

Barcelona face two difficult fixtures without Fati after the international break, starting with a trip to unbeaten Atletico Madrid on November 21.

They can then all-but seal qualification for the Champions League knockout stages with a win at Dynamo Kiev, although the Ukrainian side gave them a scare as Barca eventually won 2-1 in the reverse fixture last week. 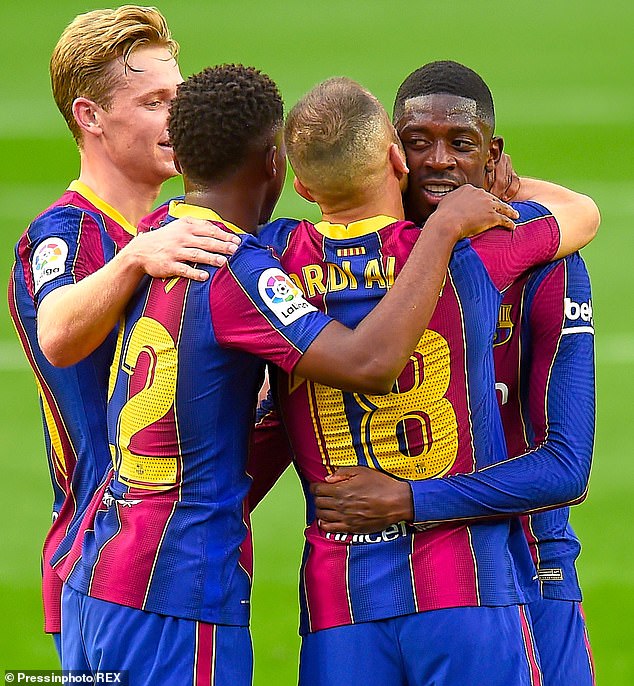