Mario Gotze has suffered an injury just two games into his PSV career.

The 28-year-old has endured much frustration throughout his career due to injuries and a muscular disorder, but he had got off to an impressive start at PSV.

Gotze scored in his first two appearances for the Dutch side, finding the net in a victory against Zwolle in the league before scoring against Granada in a Europa League defeat.

However, he was taken off at half time in the latter fixture on Thursday and, as reported by BILD, has suffered a muscle problem.

Gotze left Borussia Dortmund at the end of last season and subsequently signed a two-year deal with PSV.

His latest injury setback comes despite reports this week that Gotze was in the best shape of his career. 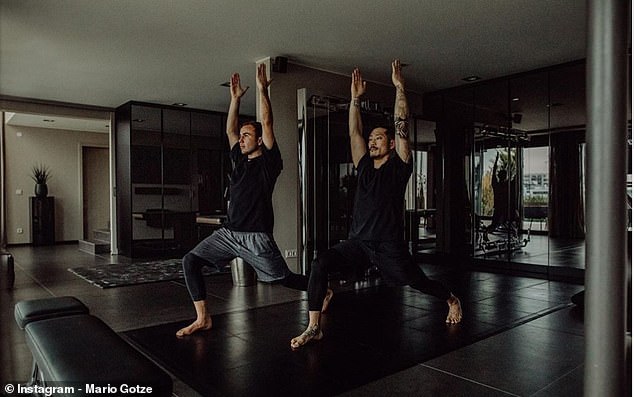 The former Bayern Munich player weighs 10st 12lbs despite having previously never weighed less than 11st in his career.

As reported by BILD, during the off season Gotze hired a yoga instructor, Young-Sun Cho, and also took part in technical, athletic and exercise ball workouts.

In addition, he practiced kickboxing and was training up to twice a day, six days a week.