‘It’s definitely more stressful in the dugout!’: Andrea Pirlo opens up on life as Juventus boss

By Alex Bowmer For Mailonline

Juventus head coach Andrea Pirlo has opened up about life in the dugout, saying that he finds his current role more stressful than playing.

The 41-year-old spent for years with the Old Lady between 2011-15, winning four straight Serie A titles as well as two Suppercoppa Italiana crowns and one Coppa Italia.

After hanging up his boots in 2017 following a two-year spell with New York City, Pirlo enrolled on a UEFA Pro Licence course in August 2019 and then took the reins for Juventus’ Under 23 side on July 30. 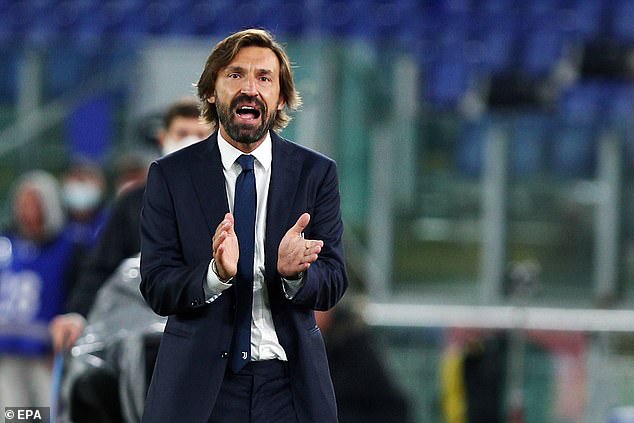 He then went on to sensationally replace Maurizio Sarri in the first-team hotseat nine days later after the disappointing Champions League round-of-16 elimination at the hands of Lyon.

‘It’s definitely more stressful in the dugout because on the pitch I could decide what I wanted to do with the ball,’ the 2006 World Cup winner told UEFA.

‘From the dugout I can manage, but it’s other people that are interpreting their role, that are playing the matches, so it’s a bit tougher as a coach.’

As well as lauding the likes of Marcello Lippi, Carlo Ancelotti and Antonio Conte for their influence on his career, Pirlo singles out Pep Guardiola for praise.

‘Guardiola is an example for us all. He’s showing and has shown that he’s one of the best, since his years with Barcelona’s youth team and by moving up to the first team.

‘He’s shown that young coaches who are keen to promote a certain kind of attacking football are an example to follow.

‘Then, we all have our own ideas and I think we need to take them forward, but he’s definitely a role model for the whole footballing movement.’ 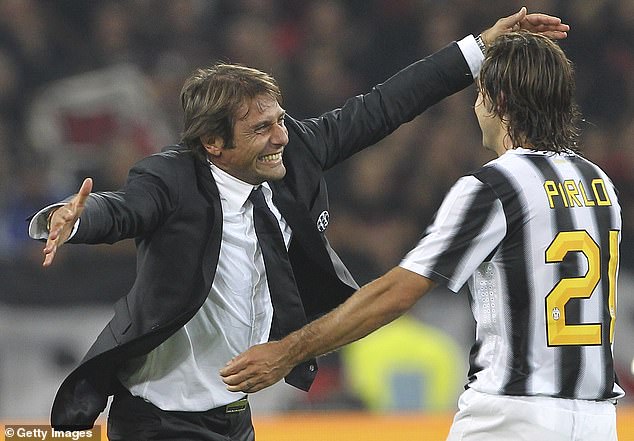 Some of the club’s elder statesmen, including Blaise Matuidi and Gonzalo Higuain, have left the Allianz Stadium as Pirlo has freshened up the squad with younger recruits like 23-year-old Arthur from Barcelona and 27-year-old former Chelsea striker Alvaro Morata.

However, despite the aim to drive down the age of the team, Cristiano Ronaldo is still fit and firing at 35 and has found the net 68 times in 91 games in all competitions for Juventus, including three goals in two league matches in the current campaign.

Pirlo’s admiration for the Portuguese superstar is clear. 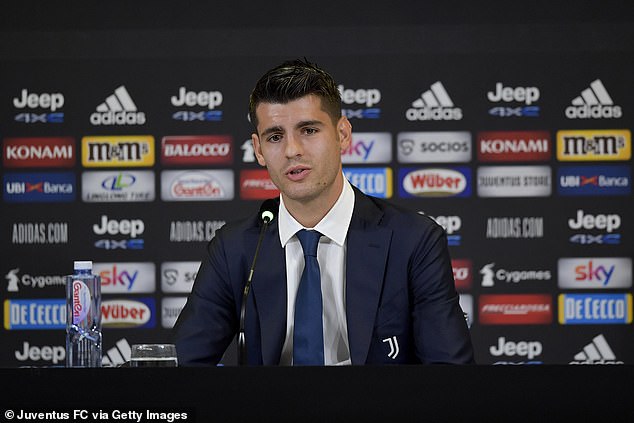 Alvaro Morata was one of Pirlo key buys in the summer, along with Arthur and Federico Chiesa 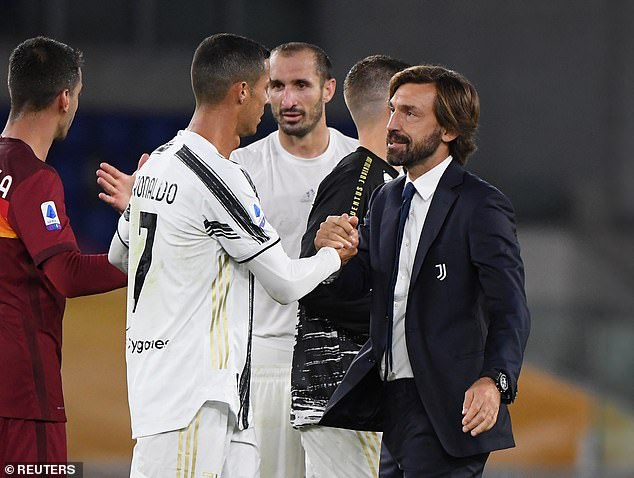 ‘It’s an enormous pleasure for me and for the whole team. He’s someone who works the same now at 35 as he did as a young lad, with the same passion to play football every day.