‘It was the best year of my life…I want to stay here for a long time’: Theo Hernandez says he is at AC Milan for the long haul and plans to help them back into the Champions League after seven seasons of missing out

AC Milan defender Theo Hernandez has set his sights on getting the Rossoneri back into the Champions League.

The 23-year-old full-back joined from Real Madrid in the summer of 2019 and was a regular for the Italian giants during his first full season at the club.

Hernandez said it was the ‘best year’ of his career as he learnt from experienced leaders such as Zlatan Ibrahimovic, club legend Paolo Maldini and manager Stefano Pioli. 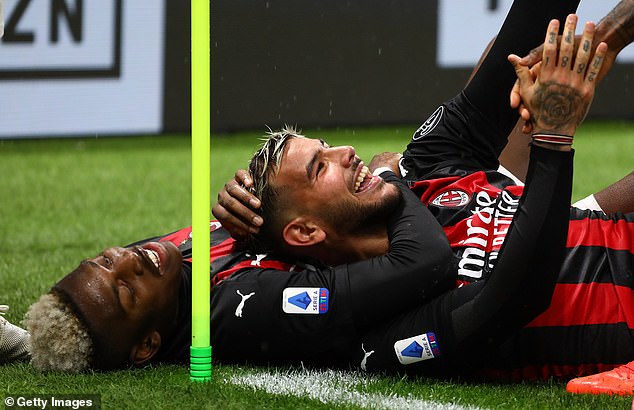 He told La Gazetta dello Sport: ‘It was a great first season and in football terms, it was the best year of my life. A dream come true. Football is more tactical and physical here than in Spain, but I adapted well.

‘I honestly didn’t expect to improve so quickly after two difficult years, but I know my quality and what I can do. I want to become the best full-back in the world and after this year, I realise that I can achieve that.

‘I owe it to Maldini, who wanted me here, to my teammates for helping and the coach for guiding me. Maldini gives me advice on how I can improve, he was a real legend. I am well aware I need to do better when defending and also in terms of concentration, which Stefano Pioli reminds me of all the time.

‘I want to stay here for a long time. I am happy, it feels like home, and I knew from the start Milan were my priority. I also feel settled because I met an Italian girl, Zoe.’

AC Milan who have historically been one of the biggest teams in world football, have struggled in recent years and languished in sixth position last season.

The last time they made the top four and achieved Champions League qualification, was a third place finish in the 2012-2013 season. 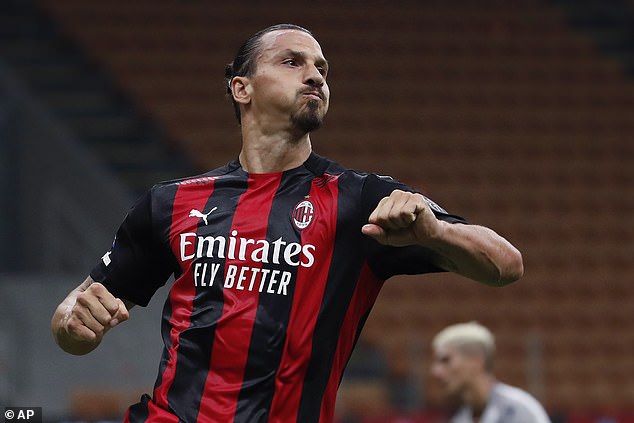 Hernandez says the squad’s form has improved since he originally joined the club and is confident they can get back into the top-four this season.

He said: ‘I think we can get into the Champions League this time. If we do, I pledge to dye my hair red and black with a Milan symbol.’

AC Milan have made a positive start to their season with two wins and a draw, and they sit second in the league behind Atalanta.