By Simon Jones and Sam Blitz For Mailonline

Felipe Anderson’s move from West Ham to Porto on a season loan will be confirmed on Tuesday.

The 27-year-old will be registered in time for the Champions League deadline for squad declarations but after the English transfer window’s 11pm deadline on Monday night.

Anderson was a fan favourite during his first season at the London Stadium following his £36million move from Lazio in 2018. The Brazilian netted ten goals in all competitions but has only scored one Premier League goal in the past year. 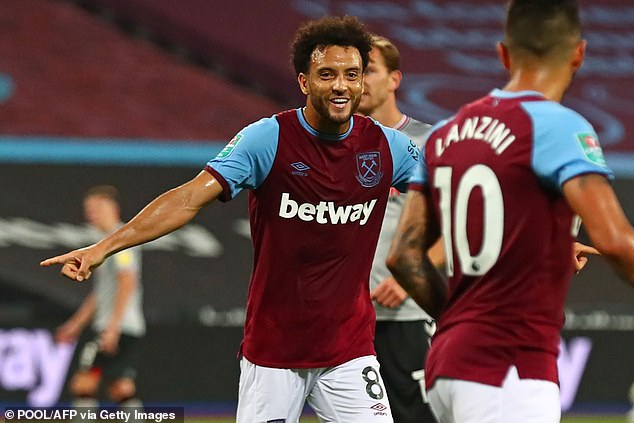 The winger has therefore fallen out of favour at the Hammers, making just two brief cameo performances in the opening two Premier League matches this season.

He was left out of West Ham’s last two matchday squads in the Premier League but did play in all three EFL Cup matches, scoring once and registering two assists.

Anderson will be Porto’s eight summer signing as they look to defend their Portuguese top-flight title this season.

The Brazilian follows Jack Wilshere out of the West Ham exit door, as the English midfielder’s contract was terminated by mutual consent after two years in east London.