The Government has admitted that seven Euro 2020 matches due to be staged at Wembley next summer could be cancelled because of Covid-19.

The tournament was due to take place in 12 different cities across 12 UEFA countries in June this year before it was put back until 2021 because of the pandemic.

Wembley is due to host England’s three group games, plus a last-16 clash, both semis and the final and while Secretary of State for Culture, Media and Sport Oliver Dowden is hopeful the games will go ahead, he admitted the virus could change plans. 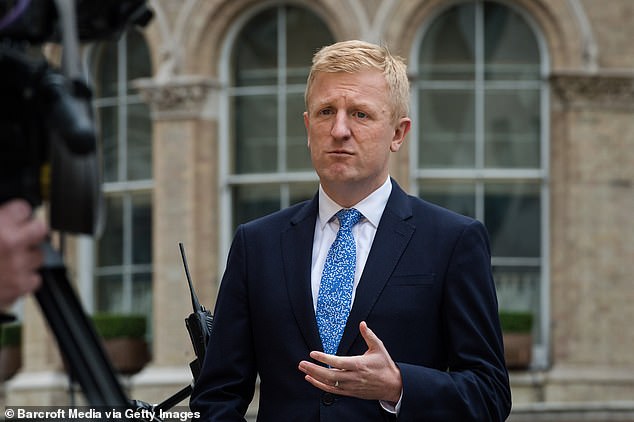 Secretary of State for Culture, Media and Sport Oliver Dowden is hopeful the games will go ahead, but he admitted the virus could change plans

‘I very much hope so,’ he told The Sun when asked whether the Euros will be staged in June.

‘But, given this virus and the unpredictability of it, I can’t give a cast iron assurance.

‘Fans wouldn’t want it to go ahead if it wasn’t safe to do so. But if it is safe to do so, then, of course, we will work to achieve that.

‘We’re planning on that basis, but this disease is with us this winter. In making decisions on this I’m going to be driven by the health first.’ 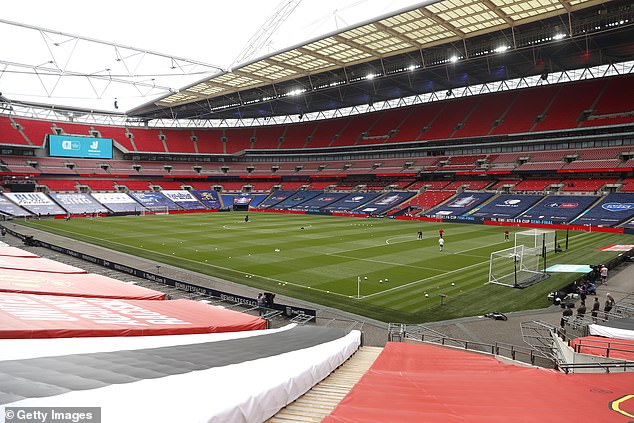 Wembley is set to host England’s three group games, a last-16 clash, both semis and the final

England are due to take on Croatia on June 13, the winner of play-off C (which could be Scotland, Israel, Norway or Serbia) on June 18 and the Czech Republic on June 22.

Euro 96 was the last time the country hosted major tournament matches which fans attended in their droves as the Three Lions made it all the way to the semi-finals.

Supporters are still unable to attend matches in England due to the recent spike in cases after a trial return set to take place this month was scrapped.

However, as reported by Sportsmail, the FA believe the situation could change rapidly if the Government can successfully launch Operation Moonshot, a project which would see millions of Covid tests – including some giving results within minutes – processed daily. 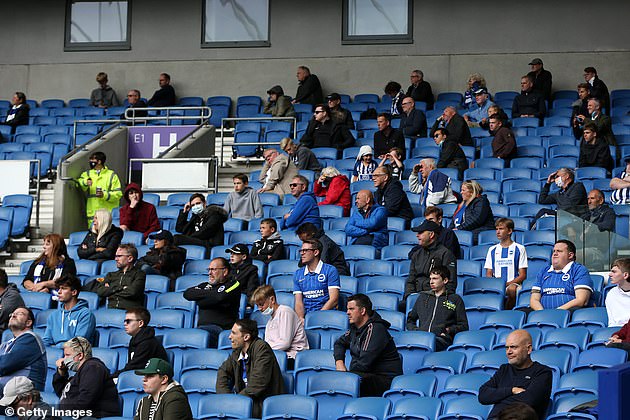 The Premier League are also set to make a fresh attempt to persuade the Government that it is safe for fans to return to all sport, arguing that it will play a crucial role in demonstrating how to behave safely in public while controlling the virus.

Making it compulsory for returning fans to download the NHS track and trace app, which would bolster the Government’s campaign to encourage the public to engage with track and trace, is one option being considered by clubs as they attempt to convince the authorities that fans can come back safely.

Clubs are increasingly bemused and frustrated by the Government’s position forbidding the return of fans to sport while indoor arenas begin to open to spectators. The Royal Opera House is aiming to run at about 40 per cent of its 2,256 capacity. Football clubs, however, have been told there is little prospect of fans coming back until March 2021.