Sergino Dest arrives in Barcelona for medical ahead of completing £22.8m move from Ajax

Sergino Dest arrives in Barcelona for medical ahead of completing £22.8m move from Ajax… after American right back turned down Bayern Munich to replace Nelson Semedo at Nou Camp

Sergino Dest arrived in Barcelona on Tuesday night ahead of completing his highly-anticipated £22.8million move to the Spanish giants from Ajax.

The Catalans were hunting a right back following Nelson Semedo’s £37m transfer to Wolves last week, with Sergi Roberto currently the only senior option for that position.

But Barca are now on the verge of landing the highly-rated 19-year-old Dest, who burst onto the scene at Ajax last season and was also being chased this summer by European champions Bayern Munich. He will likely undergo his medical on Wednesday morning.

Ajax right back Sergino Dest has arrived in Barcelona ahead of completing his £22.8m move 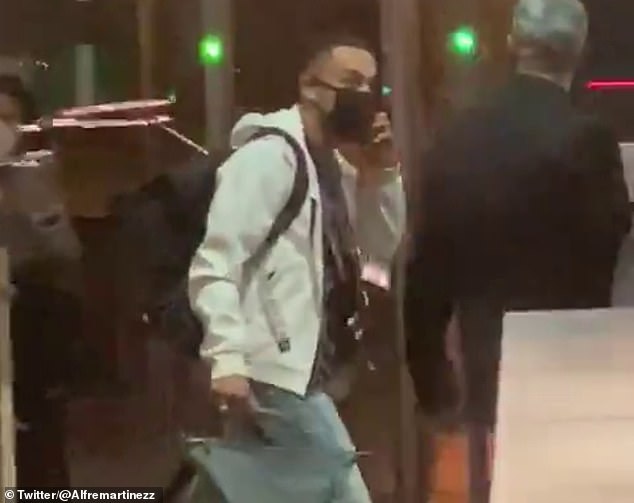 Ajax have allowed Dest to fly to Spain despite the fact a fee between the two clubs has not yet been agreed, according to reports, but Barca are closing in on a price of £22.8m (€25m).

An agreement is expected to be reached in the coming days and Dest could be confirmed as a Barcelona player by the end of the week.

Dest only made his debut for the Dutch side last summer but shone as he recorded 35 appearances in all competitions for an Ajax side who were leading the Eredivisie last season before the campaign was cancelled due to the coronavirus pandemic.

He has been a member of the youth system at Ajax since 2012 and also made his debut for his country last year – he has three caps for the United States. 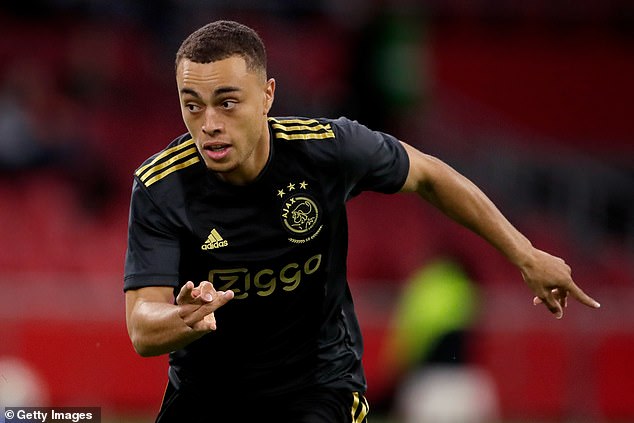 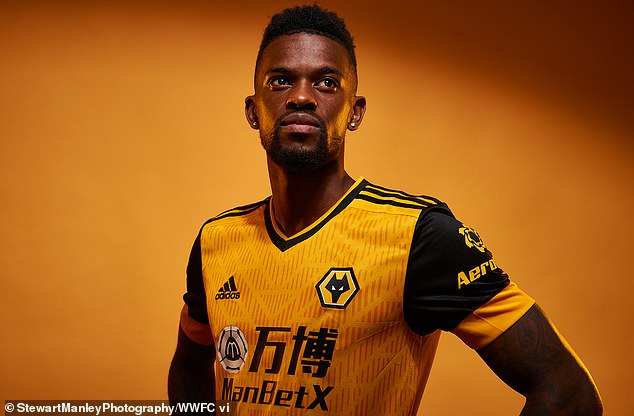 Dest is coming in to replace Nelson Semedo, who joined Wolves for £37million last week

Born in the Netherlands to a Dutch mother and an American father, Dest chose to represent the United States at senior international level.

Bayern, meanwhile, have reportedly switched their attention to Brighton right back Tariq Lamptey.

The 19-year-old has made a brilliant start to the 2020-21 Premier League season and is being lined up as back-up to Benjamin Pavard for Hansi Flick’s side. 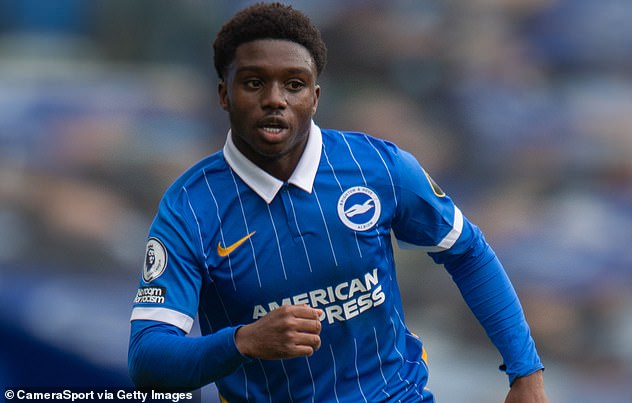 Brighton wonderkid Tariq Lamptey is now a target for Bayern Munich, according to reports

But according to German outlet SPORT1, Bayern have offered just £14m to the Seagulls, who are demanding a fee closer to £23m.

The Brighton wonderkid left Chelsea’s Under-23 set-up to join the first-team squad at the Amex Stadium and his lightning-fast displays have turned heads around the Premier League and across Europe.

Lamptey already has three assists to his name this campaign, including one against his former club in their first game of the new top-flight season by setting up Leandro Trossard in the Seagulls’ 3-1 defeat by Chelsea.