Roma make last-ditch £13.5m offer to sign Manchester United defender Chris Smalling… with centre back facing season on the sidelines under Ole Gunnar Solskjaer should he not secure return to Italy

By Alvise Cagnazzo For Mailonline

A Roma official has landed in Manchester in a final attempt to sign United defender Chris Smalling, who spent last season on loan with the Italians.

Smalling, who has been at Old Trafford since 2010, spent the 2019-20 campaign on loan to the Serie A club and impressed in the Italian capital, making 37 appearances in all competitions.

Roma have been pursuing a centre back all summer and Smalling, 30, remains their number one target and according to Italian outlet Corriere dello Sport, their latest offer of £10.9m (€12m) plus £2.7m (€3m) in add-ons is currently being considered.

Chris Smalling spent last season on loan at Roma, who are keen to sign him permanently 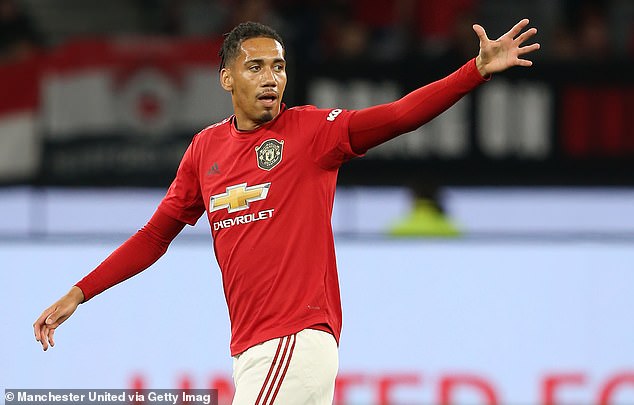 The report details that United are open to selling Smalling, who is not part of Ole Gunnar Solskjaer’s first-team plans at Old Trafford and faces a season on the sidelines should he not secure a move away in the coming days.

The Red Devils are also aware of the need to sell the English defender this summer, instead of receiving a smaller fee for him next year.

If a deal is not reached by Friday, the Serie A club will move on to alternative options in defence, including Juventus centre back Daniele Rugani.

Smalling himself is keen on a return to Rome, having enjoyed both the regular minutes on the pitch and the lifestyle off the pitch – he was a regular tourist around the city’s museums and art galleries.

The centre back has been with United for over 10 years, having joined at the age of 20 from Fulham in the summer of 2010. 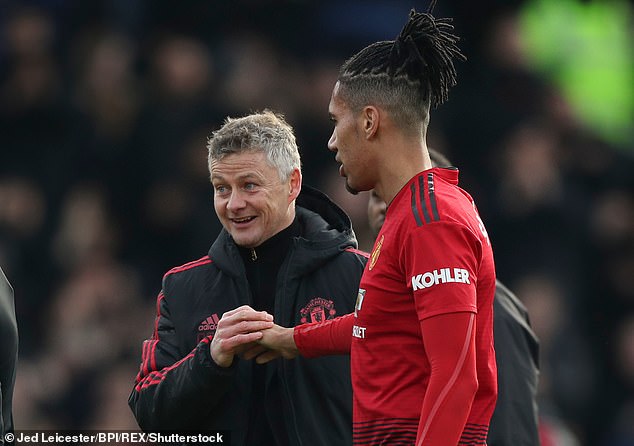 He has made 323 appearances for the Red Devils and during his time at the club has won two Premier League titles, one FA Cup, one League Cup and one Europa League.

Smalling has also registered 31 caps for England since making his debut in 2011, but has not been picked for a squad under Gareth Southgate since 2017.

He is not favoured by his club manager Solskjaer either, who preferred Harry Maguire, Victor Lindelof, Eric Bailly and Phil Jones as his centre back options last season.