Neymar and Alvaro Gonzalez both CLEARED of making ‘discriminatory remarks’

Both Neymar and Alvaro Gonzalez have been cleared of any wrongdoing by French football authorities after their chaotic end to the match between Paris Saint-Germain and Marseille.

The discipline Commission of the Ligue de Football Professionel (LFP) said on Wednesday: ‘After examining the file, hearing the players and the representatives of the clubs, the Commission notes that it does not have sufficient convincing evidence to allow it to establish the materiality of the facts of discriminatory remarks’.

Neymar was sent off and banned for two matches for hitting Marseille’s Alvaro earlier this month, with the PSG star later accusing the Spanish defender of racial abuse towards him. 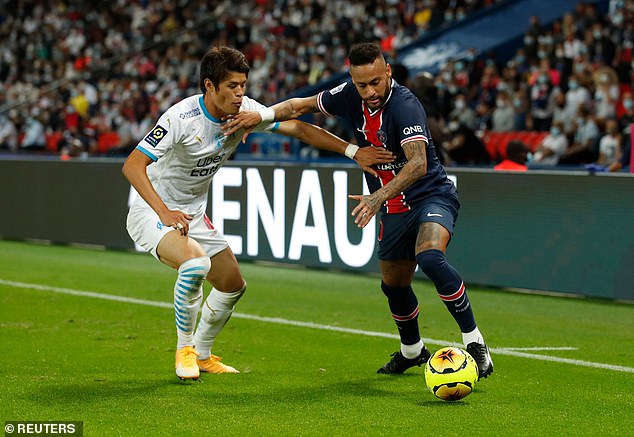 Gonzalez and Marseille claimed to possess evidence that it was in fact Neymar who made a racist slur during the match by calling defender Sakai a ‘Chinese s***’.

A Spanish TV network also accused the PSG star of making a homophobic slur, calling Gonzalez ‘a f***ing queer’ in the violent incident.

Neymar was one of three PSG players to receive red cards in the fiery encounter.

Layvin Kurzawa was handed a six-game ban for his role in the brawl while Leandro Paredes was given the same punishment as Neymar.

Angel Di Maria also attended a league disciplinary committee meeting this month over claims he spat at an opponent.

On the Marseille side, Jordan Amavi and Dario Benedetto were given a three and one-match ban respectively. 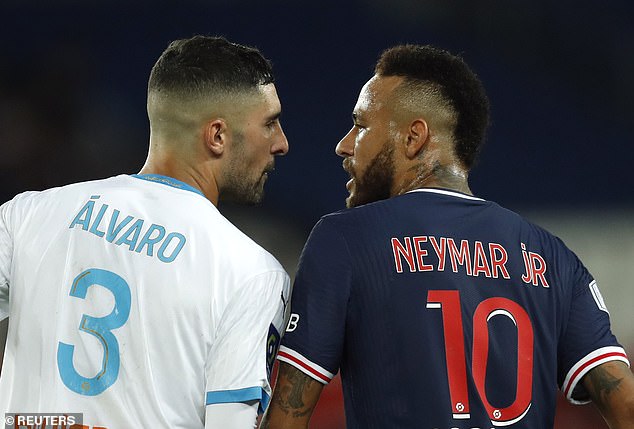 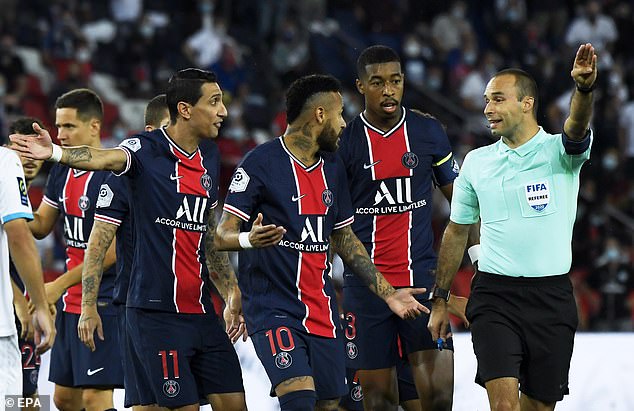 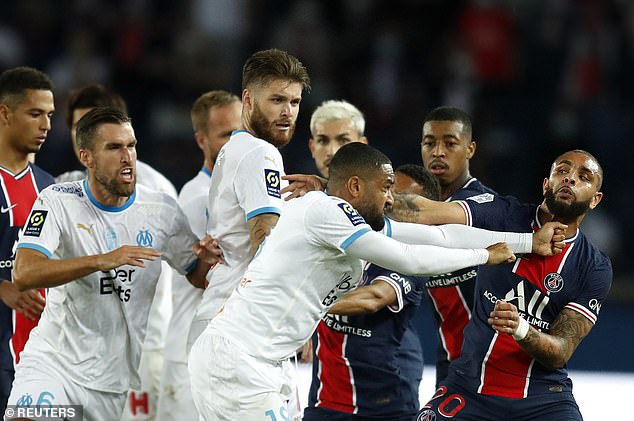 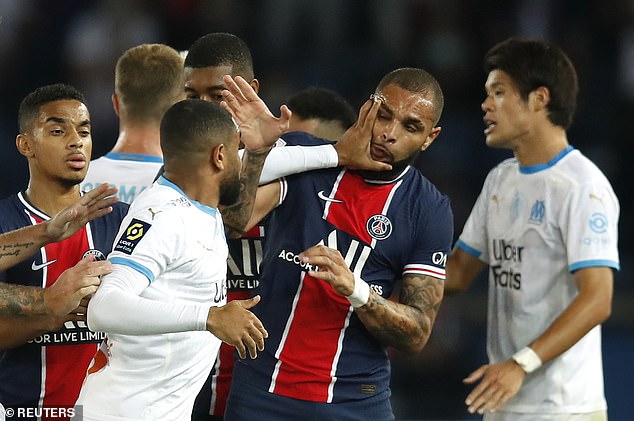 After the match, Neymar vented his fury at Alvaro Gonzalez over the alleged abuse.

The Brazilian attacker tweeted: ‘You are not a man to assume your mistake, losing is part of the sport. Now insulting and bringing racism into our lives no, I don’t agree.’

Gonzalez himself had tweeted: ‘There is no place for racism… Sometimes you have to learn to lose and take it on the field. Incredible 3 points today. Allez l’OM. Thanks family.’

‘Alvaro is not racist, any accusation against him on this subject is unfair and unfounded. Olympique de Marseille is and will remain the club of anti-racism.’