Real Madrid’s Toni Kroos is an injury doubt for the club’s LaLiga clash with Real Valladolid on Wednesday after sustaining a muscle injury during their triumph at Real Betis.

The German international was replaced by Luka Modric during first half stoppage time after picking up the injury.

Following test results on Monday, Real have announced Kroos has an issue in the gluteal region, however the club did not reveal how long the 30-year-old will be sidelined. 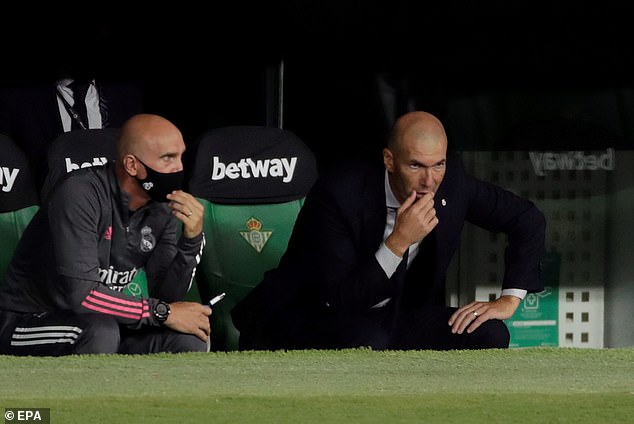 Toni Kroos’ injury is a blow for Zinedine Zidane (right), Madrid are yet to make any new signings

‘Following tests carried out today on our player, Toni Kroos, by the Real Madrid  medical services, he has been diagnosed with a muscular injury to the left gluteus medius,’ a statement from the club read. His recovery will continue to be assessed.’

The German joined Real Madrid from Bayern Munich in 2014 and made 35 appearances in the league last season. 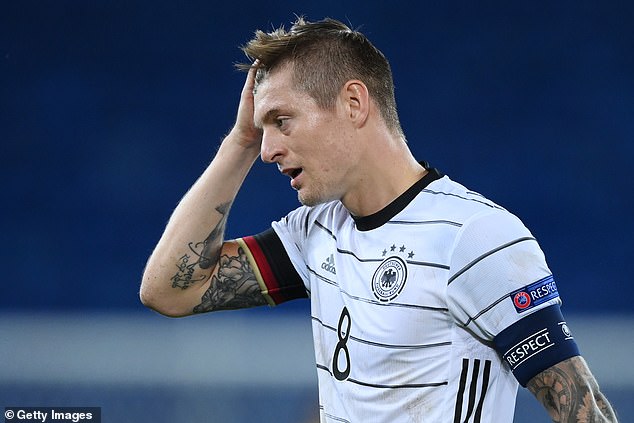 The Spanish champions have taken four points from their opening two matches and have toiled in the transfer market, failing to sign any new players so far.

Germany play Turkey in a friendly on October 7, followed by Nations League clashes against Ukraine and Switzerland during the break.