The Frenchman was the driving force as United snuck into the semi-finals despite a frustrating evening in Cologne, winning the penalty that Bruno Fernandes coolly tucked away in extra-time.

The performance built on Martial’s searing post-shutdown form, which hasn’t bypassed formed United star Owen Hargreaves: ‘Everyone’s got an opinion on Martial. He’s a Ferrari. He just looked like a £100million player.’ 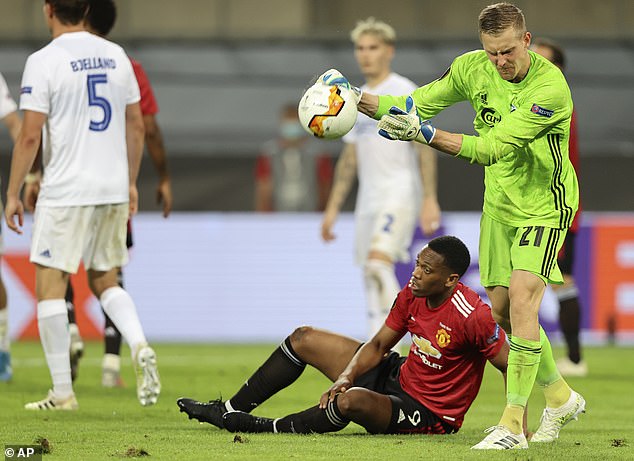 The Frenchman won the penalty, scored by Bruno Fernandes, that sent United to the semi-final 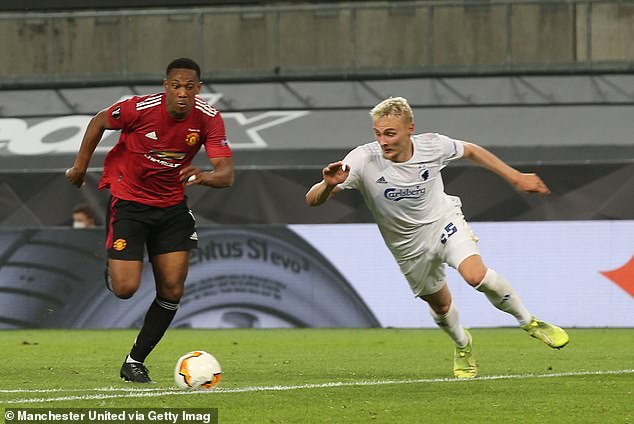 The forward was a menace, struggling to finish but running the Copenhagen defence ragged

His BT Sport colleague, Paul Scholes, added: ‘He’s turning into a No 9 more and more every game I watch.

‘He’s normally a brilliant finisher but tonight the finishing wasn’t quite there.’

Completing a trio of Martial admirers in the studio, Robin van Persie said: ‘Martial always have an eye for his team-mates and that’s what sets him apart from the others.

‘That’s why I think he’s a world class player.’ 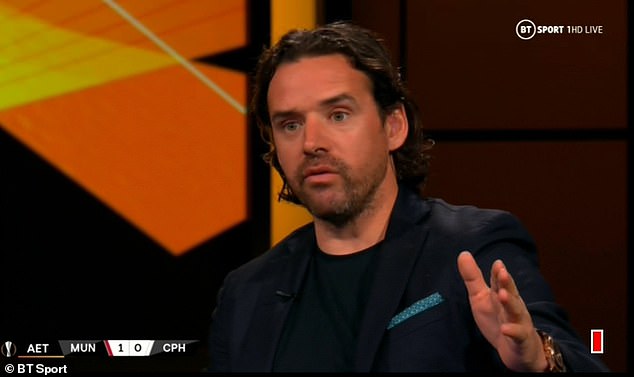 Owen Hargreaves was full of praise for Martial in the BT Sport studio, hailing his recent form 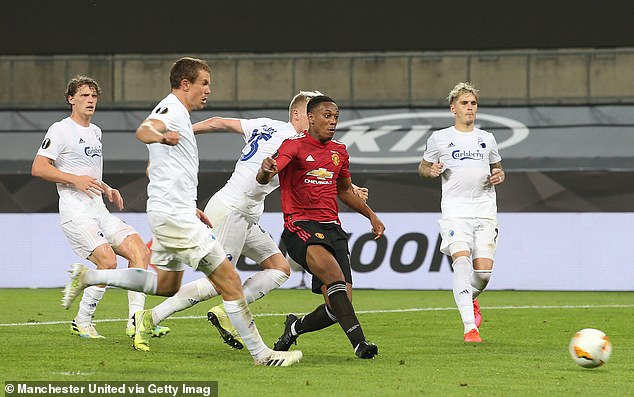 Martial’s form has been unstoppable since football resumed, scoring eight goals in 13 games

Martial has faced periodic bouts of criticism ever since his £54m move from Monaco in 2016 but has silenced any doubters in 2020 – coming alive following the coronavirus shutdown.

The 24-year-old forward has scored eight goals and provided six assists in United’s 13 matches following the enforced break, taking his strike tally to 23 and assists to 12 for the campaign.

The 2019-20 season has already been Martial’s best, foreshadowing more to come from the striker under Ole Gunnar Solskjaer. 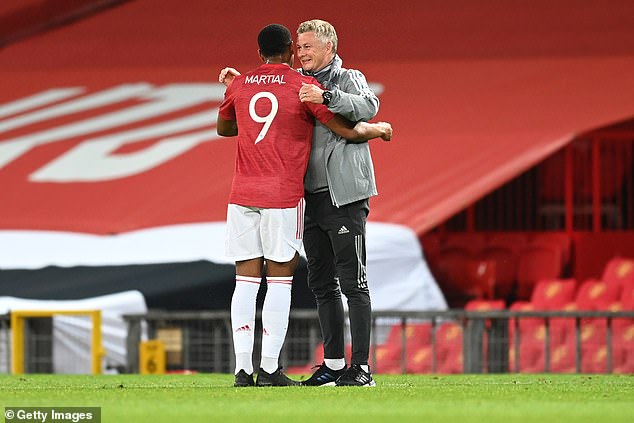 United will know their semi-final opponent on Tuesday night, and could be set to face Premier League rivals Wolves if Nuno Espirito Santo’s side can beat Sevilla in their quarter-final.

Sevilla are the Europa League’s most successful club with five victories in the competition, while United and Wolves have produced just three goals in their four meetings between them this season.

The sides drew 1-1 and 0-0 in their two Premier League fixtures, while United came out on top in the FA Cup – winning 1-0 in their third-round replay after it finished 0-0 in the original clash.