There have been suggestions that the French champions were prepared to bid £30million for Guendouzi with Arsenal keen to raise funds to bring in summer targets Thomas Partey and Houssem Aouar.

But when asked about a move for Guendouzi in the wake of PSG’s 1-0 loss at newly-promoted Lens on Thursday night, the PSG boss said: ‘No, that will not happen.’ 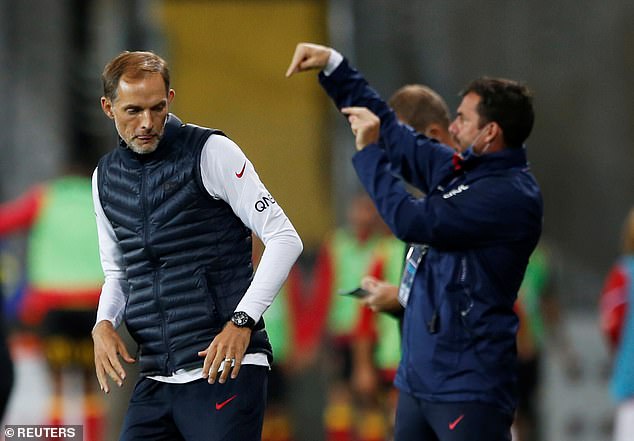 Guendouzi has been out of favour with Arsenal manager Mikel Arteta following a clash with Brighton’s Neal Maupay following their defeat at the Amex Stadium in June.

The 21-year-old French midfielder was accused of taunting his opponents over their wages. Though he escaped FA punishment for the fracas, he didn’t play again for the remainder of Arsenal’s season.

He was also left out of the FA Cup holders’ victory over Liverpool in the FA Community Shield at Wembley. 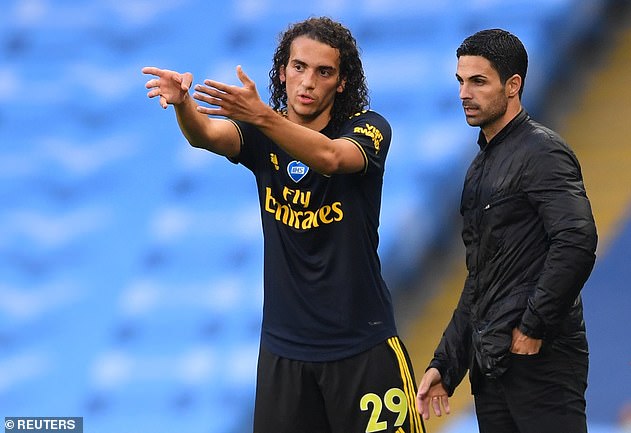 That led to reports PSG were poised to bid £30m for Guendouzi, who joined Arsenal back in 2018.

The money would help finance moves for Atletico Madrid midfielder Partey and Lyon’s Aouar, but Tuchel appears to have ruled out an offer.

He was speaking after a lacklustre showing from PSG in their opening Ligue 1 fixture against newly-promoted Lens. The Champions League finalists were without a number of their star players after Neymar, Kylian Mbappe, Mauro Icardi, Angel Di Maria and Keylor Navas all tested positive for coronavirus.

A side packed with youngsters could only muster one shot on target as their title defence started with little more than a whimper.

Tuchel did confirm that PSG want to sign the Roma captain Alessandro Florenzi to replace Thomas Meunier, the right-back who has joined Borussia Dortmund.

‘I hope that will be resolved. I am very optimistic for him,’ Tuchel said.