Roma STRIPPED of point earned against Hellas Verona in Serie A opener after mistakenly fielding 23-year-old Amadou Diawara in the under-22 section of their squad… meaning Paulo Fonseca’s side lose the match 3-0!

By Alvise Cagnazzo For Mailonline

AS Roma have been stripped of the point earned in their 0-0 draw at Hellas Verona in Serie A on Saturday following an administrative error.

New signing Amadou Diawara, 23, was fielded in the under-22 section of Paulo Fonseca’s squad for the league opener, meaning he was ineligible to play.

Diawara featured from the start, playing 89 minutes, and as a result Verona have been awarded all three points courtesy of a 3-0 victory via default. 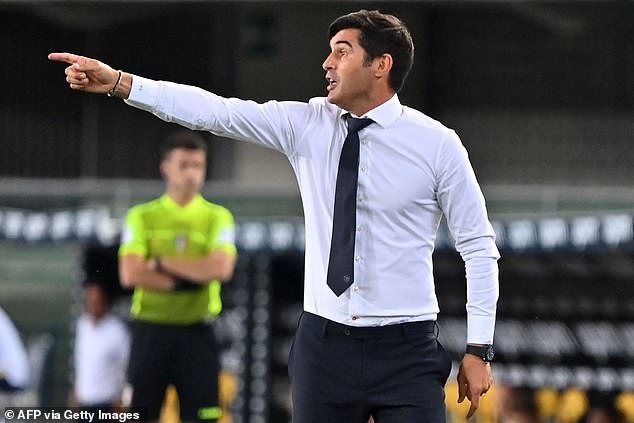 As a result, Paulo Fonseca’s side have lost the match by default, with Verona handed a 3-0 win

As a result of being selected in the wrong list and featuring in the game, Roma’s hard-earned point will be removed from their season tally.

That means Roma plummet down to joint-bottom of the table after one round of matches. 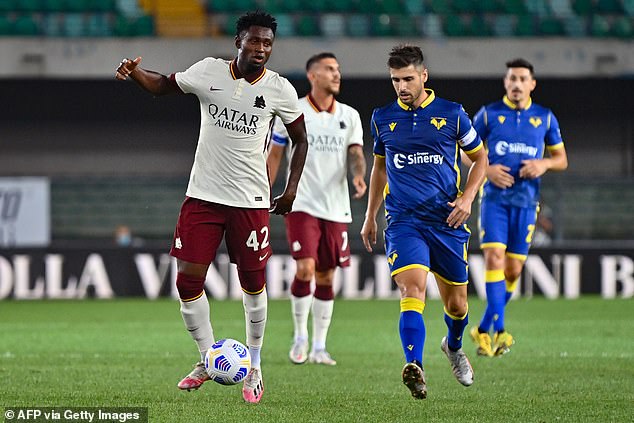 Diawara featured from the start, playing 89 minutes in the Serie A opener on Saturday

Roma had argued it was not an error that influenced the game, because there were still four empty slots in the senior squad list that Diawara could’ve taken up if he’d been in the correct section.

The former Napoli midfielder was making his debut for Roma in the Serie A clash.

He signed a four-year contract in the Italian capital, following three years in Naples.