By Simon Jones and Jordan Seward For Mailonline

Liverpool are in talks with Burnley over the sale of £20million-rated winger Harry Wilson.

The Wales international spent last season on loan at Bournemouth and Liverpool are keen to offload the 23-year-old as he does not feature in Jurgen Klopp’s plans.

Wilson was one of few bright sparks for Bournemouth last season as they were relegated from the Premier League but has fallen further down the pecking order at Liverpool following the £41million arrival of Diogo Jota from Wolves.

The Turf Moor club are subject to a takeover bid from American sports investment company ALK Capital LLC which could yet slow negotiations.

However, there is hope an agreement can be reached at around £15m for the Wales international.

Wilson had also impressed during a loan spell under Frank Lampard at Derby in the Championship two seasons ago where he scored 18 times in 50 matches.

Burnley have also managed to agree a deal for Brighton midfielder Dale Stephens. 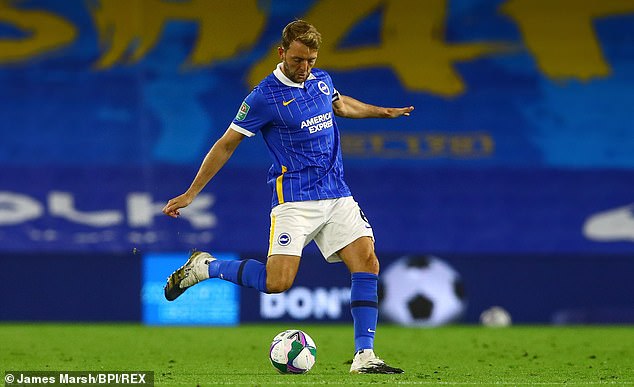 They’ll pay an initial £1m rising to £2.5m for the 31-year-old who has agreed a two year contract.

The double signing of Stephens and Wilson would represent the first piece of major business Burnley have done all summer with Will Norris currently the only arrival from Wolves.

Manager Sean Dyche has been frustrated in the transfer market so far but that could change with new owners.