Bayer Leverkusen manager Peter Bosz has finally revealed which club talisman Kai Havertz will be joining this summer – joking that he is heading to his former Dutch team Heracles Almelo.

The midfielder is hot property and has been widely tipped for a £90million move to Chelsea, and after the German side were dumped out of the Europa League by Inter Milan in a 2-1 defeat, Bosz was quizzed once again on his future.

When asked by the media if there was any news on the 21-year-old star, Bosz replied: ‘Yes, I can exclusively announce he’ll play for [Dutch outfit] Heracles Almelo.’ 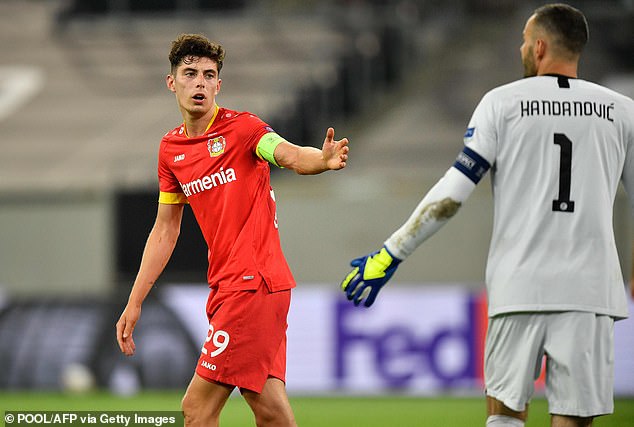 His former employers also took the opportunity to get involved in the joke, posting a mock-up image of Havertz in their colours on their social media page, writing ‘Welkom Kai’ with the hashtag #AnnounceHavertz.

Bosz managed Almelo across two spells, the first in 2004 – winning them promotion to the Eredivisie and maintaining their place in the top flight the following season before leaving to become technical director at Feyenoord.

But he later returned to the club in 2010, finishing eighth in the league. He continued to establish the team in the top division with back to back 12th placed finishes before leaving for Vitesse in 2013. 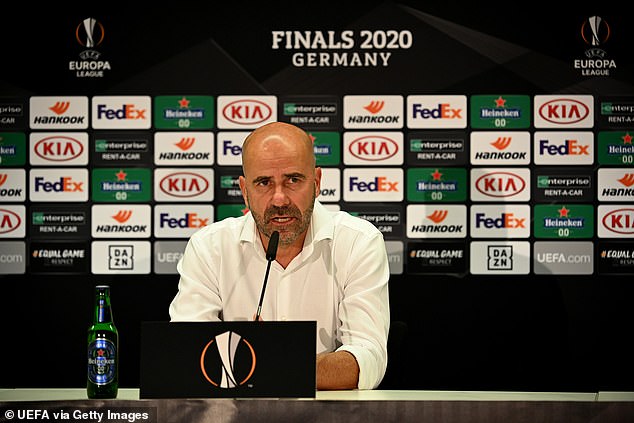 With speculation on Havertz’ future hotting up, Leverkusen face a huge challenge to hang on to their prized asset.

The club’s sporting director Rudi Voller issued a warning to interested parties last week that they would have to pay a high price and would receive ‘no Covid discount’.

‘We know of the interest of a couple of clubs, especially Chelsea, but for us, the situation is quite simple; he has a two-year contract, if anyone wants him on our terms, fine, otherwise he stays here another year and we are happy,’ he told Gazzetta dello Sport. 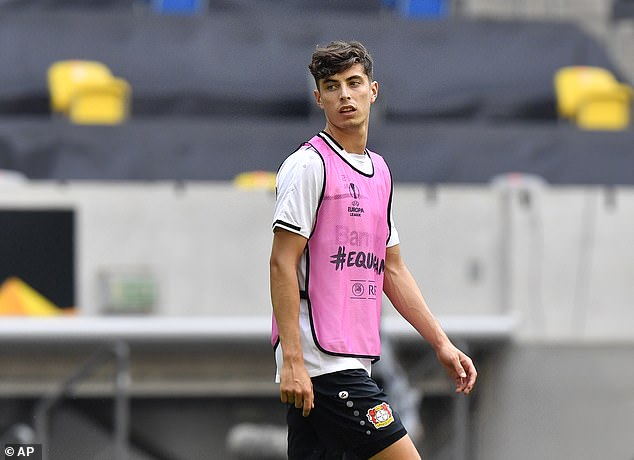 ‘It won’t be easy, but for an artist like him there is no Covid discount.’

Chelsea boss Frank Lampard has already secured the signature of Havertz’ German team-mate Timo Werner from Leipzig and is hoping to bring in another big name to make sure the Blues are title contenders next season.

Midfielder Hakim Ziyech has also arrived from Ajax but the west London outfit will also be keen to strengthen their defence after a 4-1 defeat to Bayern Munich in the Champions League.