Manchester City have distanced themselves from having submitted a £78million offer for centre back Jose Gimenez, despite claims from Atletico Madrid president Enrique Cerezo that they did.

The Premier League club City have been unable to suitably replace Vincent Kompany after he rejoined Anderlecht last season, with manager Pep Guardiola searching for a new recruit to partner Aymeric Laporte in the heart of defence.

The Premier League club have already moved to strengthen their defensive options by signing Nathan Ake from from Bournemouth in a £41m deal, and Cerezo claims they have also tried to add Gimenez to their ranks. 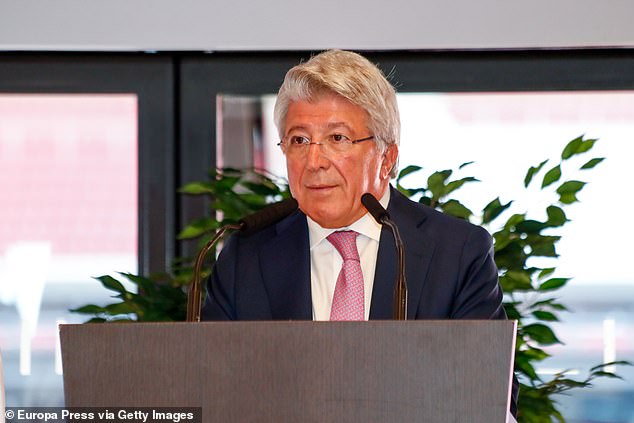 Sportsmail understands City have registered an interest in Gimenez to Atletico but have made no formal bid. They are also surprised by Cerezo’s remarks as they are not interested in signing anyone at that price this window.

Gimenez has made 191 appearances for Atletico since signing arriving from Uruguayan club Danubio in July 2013, but has been ruled out of action for at least two weeks after testing positive for coronavirus on Monday.

The 25-year-old has established himself in Diego Simeone’s first team, winning the LaLiga title, Spanish Super Cup, Europa League and UEFA Super Cup during his seven years at Wanda Metropolitano. 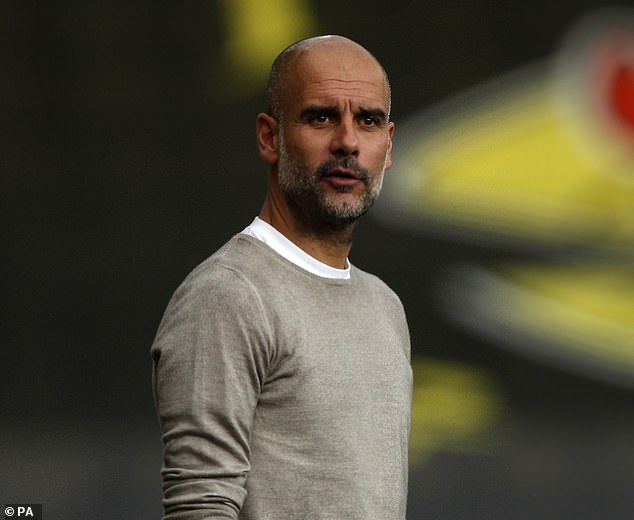 ‘Gimenez is one of the best young centre-backs around. He is a baby-faced assassin. Only 25, and he looks younger, but he has already played in two World Cups and he is as hard as nails and he can play as well,’ Vickery told Sky Sports.

‘He has perhaps never operated in a team that is as attack-minded as Man City. Both with Atletico Madrid and Uruguay he is with more reactive teams so this would be a challenge for him but there aren’t many better young centre-backs around in the world.

‘I think it would be a costly piece of business for Man City, but a very good one.’ 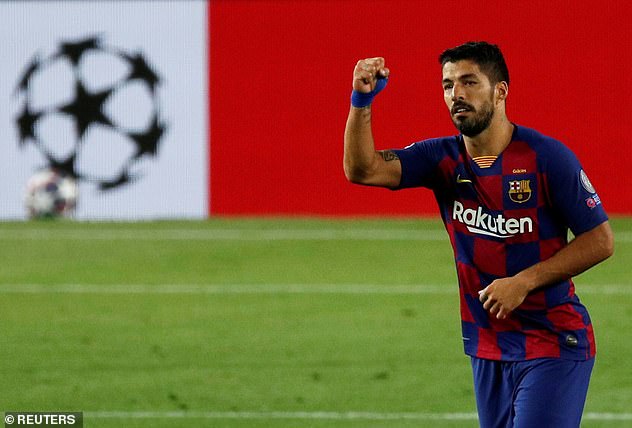 Atletico Madrid confirmed that they have agreed a deal to sign Luis Suarez for £5.5million

Meanwhile, Atletico Madrid have reached an agreement to sign Luis Suarez from Barcelona for a £5.5m fee.

Atletico confirmed via their official website that Suarez, 33, will join them subject to him passing a medical and his contract being formalised.

During his time at Barcelona Suarez scored 198 goals in 283 appearances.