‘It’s the best game of his life, it must be’: Robin van Persie backs Copenhagen goalkeeper Karl-Johan Johnsson for a big move after pulling off a Europa League record of 13 saves in narrow Manchester United defeat

The Copenhagen stopper made 13 saves over 120 minutes of action at the RheinEnergie Stadion in Cologne, a new record in the European competition.

Furthermore, the Red Devils could only get the better of Johnsson from the penalty spot, with Bruno Fernandes netting from 12 yards after Andreas Bjelland pushed Anthony Martial. 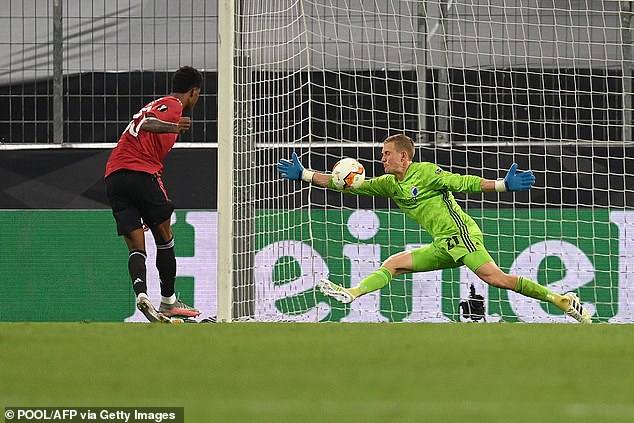 Asked whether the Sweden international should be rewarded with a ‘big move’ this summer, van Persie said: ‘I hope so for him, he really earned it.

‘He made some proper saves. Not just balls going towards him, he put his body on the line and made great saves.

‘The save from Martial was an unbelievable save with one hand.’ 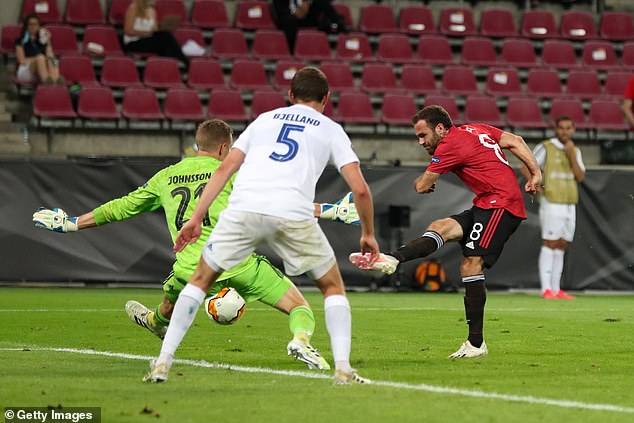 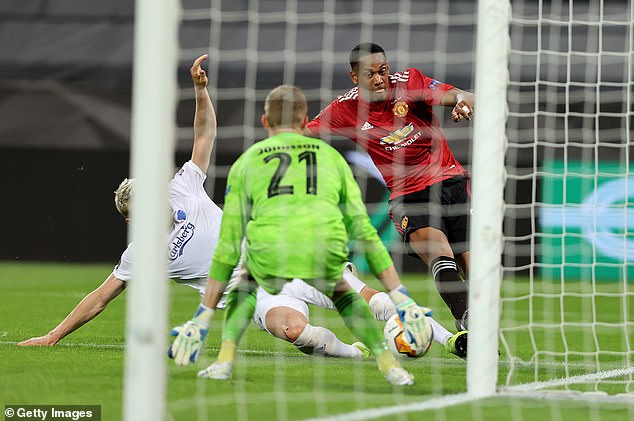 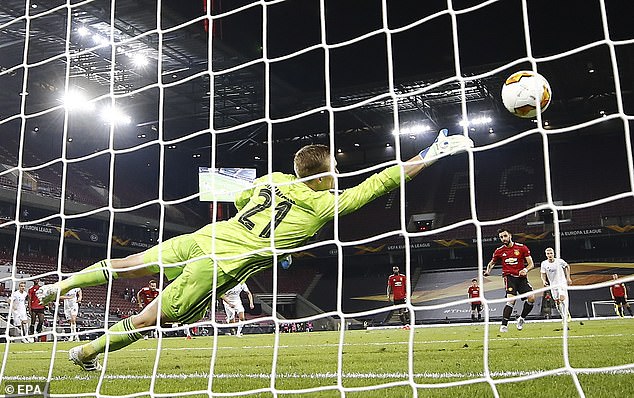 Johnsson clawed Martial’s effort away from the top corner before standing tall to save with his feet in three separate one-on-one situations, and the keeper’s agility further impressed van Persie.

‘His footwork was also very good. I think it is the best game of his life, it must be.’

‘The only way they were going to beat him was from the penalty spot. He stood up to every challenge. You’ve got to take your hat off to him, he was unbelievable.’