‘It may be different’: New Barcelona boss Ronald Koeman admits his side may be more ‘defensive’ this season after pre-season friendly win

By Jack Kinnersley For Mailonline

New Barcelona manager Ronald Koeman has admitted that his side will be more defensive this season.

The La Liga club beat Gimnastic de Tarragona 3-1 in a pre-season friendly on Saturday and Koeman deployed his favoured 4-2-3-1 formation.

Ousmane Dembele opened the scoring in the fifth minute and penalties from Antoine Griezmann and Philippe Coutinho guided Koeman’s side to a comfortable victory and the manager explained his new system after the game.

‘It may be different and somewhat more defensive than what has been seen in recent years, but the objective is to move the ball, hold on to it and find the spaces to play between the lines, and behind rival midfielders,’ Koeman said post-match.

‘I think this team can do it because we have midfielders to play like that.

‘The most important thing is that fortunately there have been no injuries. Everyone has played 45 minutes. There were moments of good intensity. There are always things to improve on but we’re happy. We have been here for two weeks and we have two more to go.

‘It is important that they already play because it is not a normal pre-season. We only have four weeks, not six. It is complicated. What we want to do now is physical work and in the next two weeks work on the tactical side more.’ 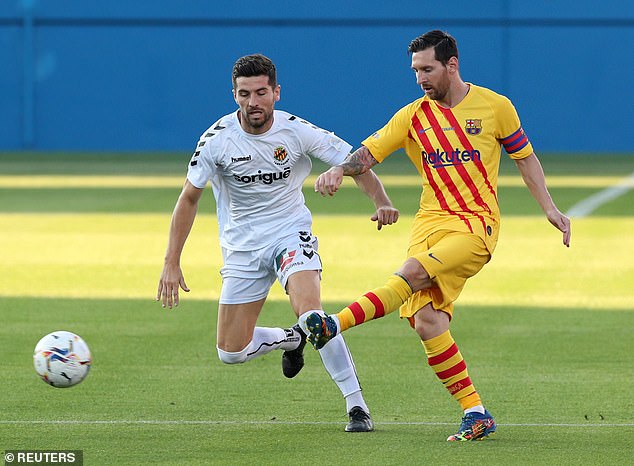 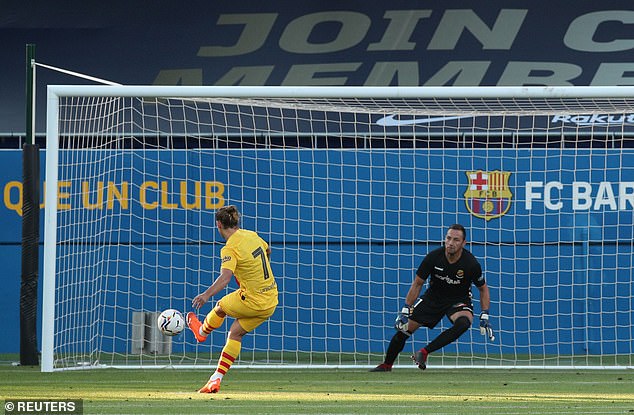 Lionel Messi made his return for Barcelona for the first time since his dramatic transfer U-turn by playing 45 minutes.

The brilliant Argentine only returned to pre-season training on Monday this week after his very public fall-out with the club but Koeman asked Messi to play as the coach looks to dampen the furore that has surrounded their talisman.

Barcelona went into meltdown when Messi announced he had made up his mind to leave following a hugely disappointing end to last season.

He told Barca that he wanted to exercise a clause in his contract which allowed him to leave for free only for the club to insist it had lapsed at the end of what would have been the regular season pre-Covid. 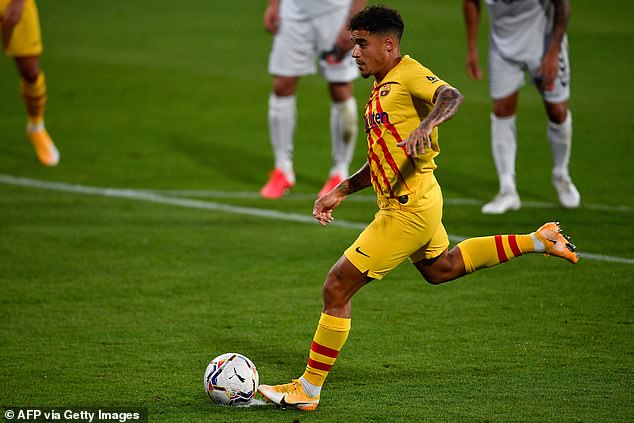