Bordeaux 0-0 Lyon: Unbeaten hosts so second in Ligue 1 with battling point as substitute Houssem Aouar hits the post late on for Lyon

Bordeaux’s encouraging start to the season continued as did their winless league run against Lyon as they battled to a 0-0 draw at home on Friday.

They remain unbeaten after three games of the Ligue 1 season although it was Lyon who dominated and will be disappointed with the result after carving out the best chances.

The closest Lyon came to claiming the points was when substitute Houssem Aouar struck the post with 10 minutes left.

Bordeaux, who have now failed to win any of their last five games against Lyon, could have moved top of the standings with a victory but are second with five points from three games.

Lyon have four points from their two games. 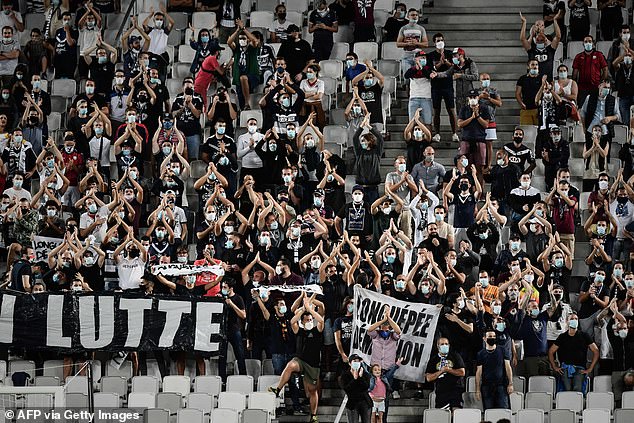