Real Madrid are weighing up a move for Monaco’s rising defensive star Benoit Badiashile, according to Spanish media.

The French teenager, valued at around £35million, made 16 domestic starts for the Ligue 1 club and was playing regularly before the French season was prematurely called to a halt due to concern around the coronavirus pandemic.

Madrid are keeping an eye on the 19-year-old, as reported by AS, with manager Zinedine Zidane always monitoring the best ‘pearls’ from the French top flight. He has been told by club president Florentino Perez not to expect any galactico signings this year, so he will be forced to settle for youngsters and cut price deals. 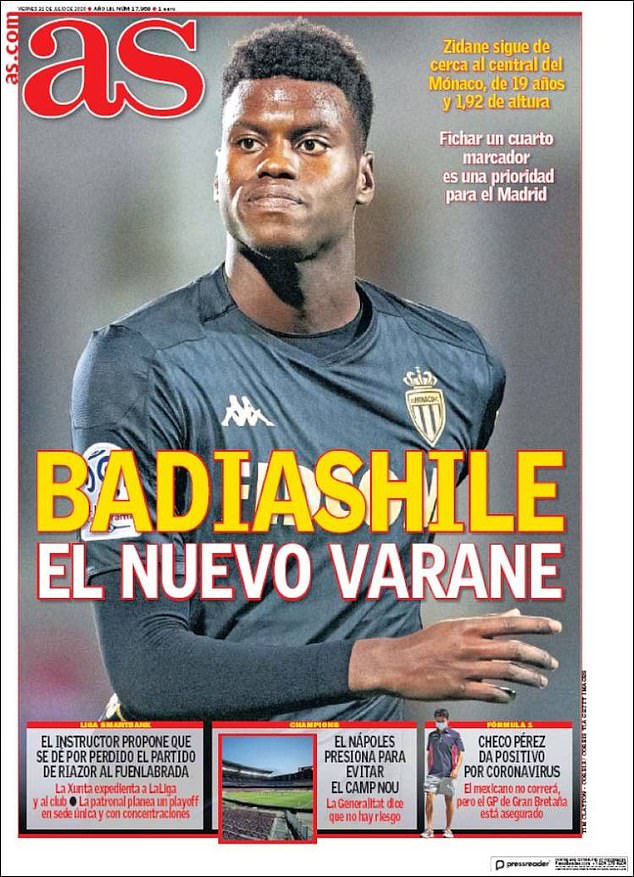 On the front page of Spanish paper AS, Badiashile is hailed as ‘the new Raphael Varane’

Badiashile is seen as one o the brightest prospects at Monaco and was handed a contract extension in December until 2024, but Zidane remains confident that a deal can be done to take him to the Bernabeu, the report adds.

The French boss is wary he could be left with just three centre-backs this summer – Sergio Ramos, Raphael Varane and Eder Militao – if Nacho Fernandez moves on, and snapping up Badiashile would ensure he injects some youth into his back line.

He has been compared to his countryman Raphael Varane, who also swapped Ligue 1 for Real Madrid, and is viewed as a natural successor to the centre-back. 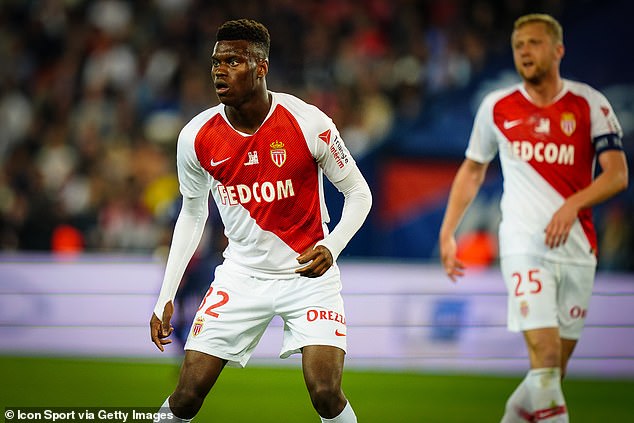 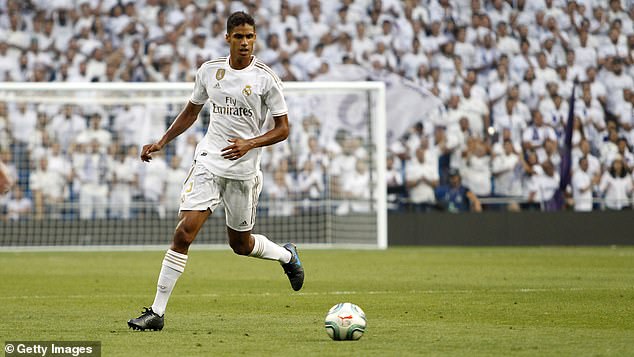 He is seen as the natural successor to Madrid’s Varane, who also moved to Spain from France

Madrid are particularly drawn to Badiashile because of his ability to play on the left side of defence, allowing him to pair comfortably with Sergio Ramos and Varane.

But they are not alone in their interest in the youngster – AS report that Manchester City boss Pep Guardiola had Badiashile high up on his list but has now switched his attentions to Bournemouth’s Nathan Ake, while Valencia and Wolves are also keen.

Los Blancos will go into the new season as LaLiga champions but are in the midst of a rebuilding project, with some members of the squad ageing and Zidane looking to focus on bringing youth players through – especially given the tricky post-pandemic market they face.