The French football league (LFP) voted in favour of expanding the second tier Ligue 2 from 20 to 22 teams from next season at a key meeting on Wednesday.

Some 57 per cent of teams voted for the reform at a general assembly of clubs in the top two tiers of the French game, although the change still needs to be approved by the French Football Federation.

The change would mean the bottom two in the second tier – Orleans and Le Mans – are saved from relegation, while Pau and Dunkerque, the top two in the third division, still come up.

Promotion and relegation were maintained between Ligue 1 and Ligue 2 on a two-up, two-down basis. Ligue 1 would remain a 20-team competition.

However, it remains to be seen if the FFF will approve the change as the federation president, Noel Le Graet, has expressed his desire to maintain promotions and relegations at all levels of the French football pyramid.

The French season was declared over in late April because of the coronavirus pandemic, with 10 rounds of games unplayed in the top two divisions. 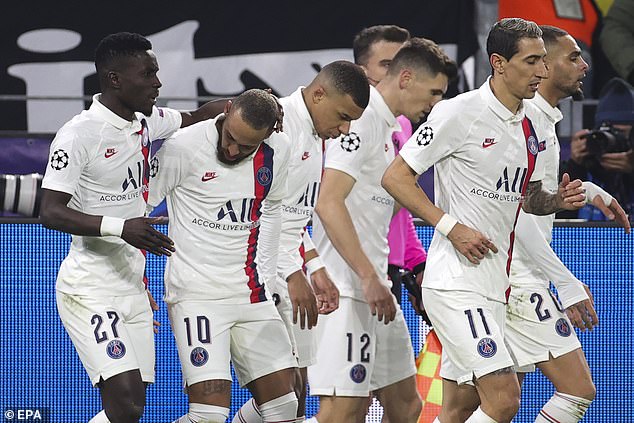 Promotion and relegation between Ligues 1 and 2 will continue on two-up, two-down basis

The controversial move meant that Paris Saint-Germain were crowned champions for the third year in a row.

In addition, Amiens and Toulouse were relegated from Ligue 1, with Lorient and Lens promoted in their place.

However, Amiens have launched legal action in an attempt to overturn their relegation, while Lyon have also been hugely critical of the decision to end the campaign, which denied them the chance to salvage European qualification for next season.

Other countries like Belgium, the Netherlands and Scotland also ended their leagues early, but elsewhere seasons are resuming, with the German Bundesliga restarting last weekend.