‘I have always hated injustice… we must unite’: Former Toulouse coach calls on players to go on STRIKE if Ligue 1 is not extended to 22 teams next season after bottom two were relegated following coronavirus outbreak

Former Toulouse boss Antoine Kombouare called for players to strike if Ligue 1 is not expanded to 22 clubs for next season following its abandonment after 28 games amid the coronavirus crisis.

With the French government banning sport until September, the top flight was ended and Paris Saint-Germain declared champions while Toulouse and Amiens were relegated despite still mathematically being capable of surviving.

Kombouare was sacked as Toulouse boss on January 6 after ten straight defeats including a 1-0 Coupe de France loss to fourth-tier side Saint-Pryve Saint-Hilaire FC, with the club 14 points from safety while Amines were four points from 18th.

‘The players and coaches must agree to strike at the start of next season if that does not happen,’ Kombouare told L’Equipe.

‘There will be layoffs. Even at the amateur level, it will hurt. Having players end their careers in this way is terribly unfair, and I have always hated injustice.

‘Amid this suffering and concern born of this crisis, we must unite. We are not united enough. It makes me angry.’ 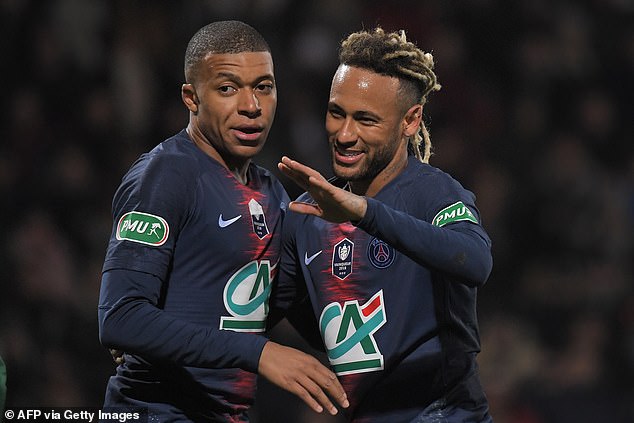 Toulouse had won just three games and lost 21 this season and sat 14 points from safety, but Amiens were just four points behind 18th-placed Nimes.

In their place, Lorient and Lens will be promoted from Ligue 2 for the 2020/21 season.

Amiens have already confirmed they are considering legal action over the decision to end the season while Lyon are also weighing up their next move having been denied European football.