Neymar and Kylian Mbappe will not push to leave PSG when the transfer window reopens this summer, according to team-mate Ander Herrera.

Brazil star Neymar remains one of Barcelona’s top transfer targets despite a return to the Nou Camp falling through last year, while Mbappe continues to attract interest from Liverpool and Real Madrid.

Reports have claimed that both forwards could be on the move this summer, with big spending PSG among those hit hardest financially by the coronavirus crisis and the subsequent cancellation of the Ligue 1 season.

Neymar (left) and Kylian Mbappe (right) will both stay at PSG, according to Ander Herrera 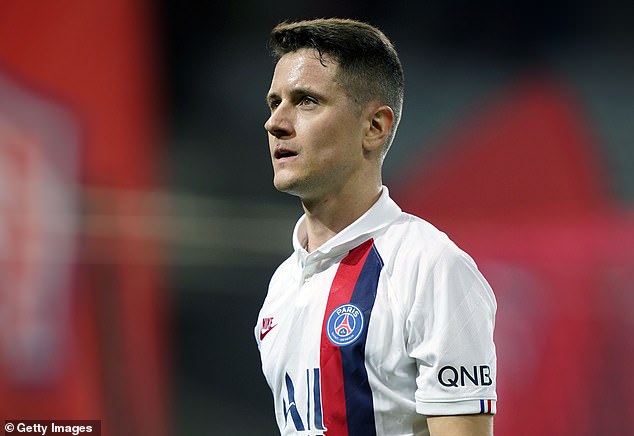 Mbappe is also said to have demanded a release clause in any new contract he signs in order to seal a dream move to the Bernabeu in the future. PSG have offered him a whopping £600,000 a week according to L’Equipe.

Herrera, however, insists that Neymar and Mbappe have no intention of departing Paris and that both are happy to keep playing under Thomas Tuchel.

‘Mbappe and Neymar are still at PSG and even more so with the situation that we are currently in,’ Herrera told COPE.

‘I had dinner with Neymar before the quarantine and he is very involved with the project. He told me that he has never been so happy in Paris. 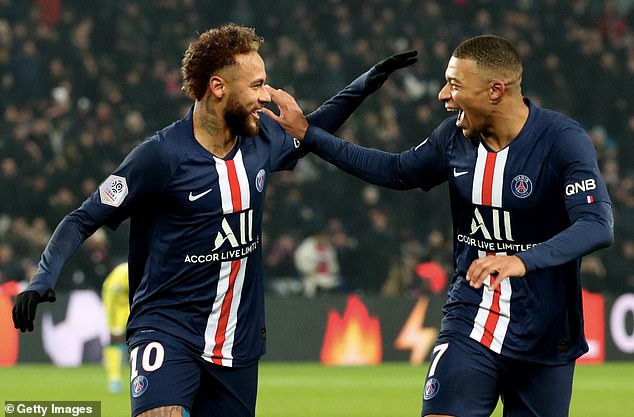 ‘PSG’s project is such that both feel fulfilled in Paris.’

PSG were confirmed as Ligue 1 champions for the third season running after the season was brought to a premature end last month.

Officials hope Tuchel’s men will still be able to play in both of the domestic cup finals behind closed doors at some point in August, while they also have a Champions League quarter-final to look forward to providing the competition restarts once the rest of Europe’s domestic seasons are completed.