‘Wissam also deserves a trophy’: Selfless Kylian Mbappe insists Monaco star Ben Yedder deserves share of Ligue 1 Golden Boot after PSG star was given the award despite scoring the SAME amount of goals as his rival

After the Ligue 1 season was ended early due to the coronavirus pandemic, Mbappe was officially given the Golden Boot, despite having scored the same number of goals – 18 – as Ben Yedder.

The reasoning behind the decision was that all of Mbappe’s goals were from open play, while three of Ben Yedder’s strikes were from the penalty spot.

Mbappe tweeted that Ben Yedder deserves recognition for his efforts in the same way that Mohamed Salah, Sadio Mane and Pierre-Emerick Aubameyang shared the Premier League Golden Boot last season after they all scored 22 goals each.

Mbappe wrote on Twitter: “Thank you all for your messages. I do think that Wissam also deserves a trophy, as it did in the Premier League last season to reward his year.’ 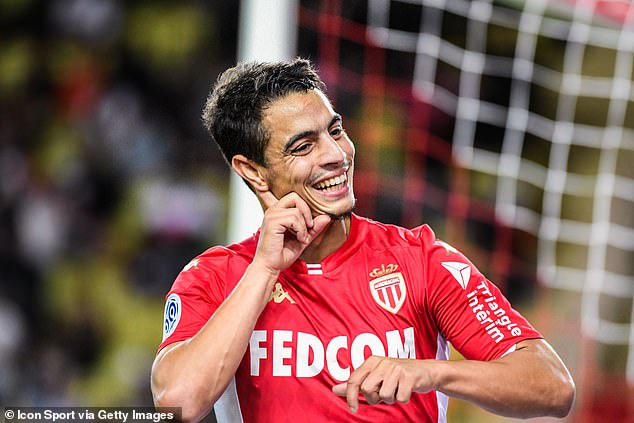 PSG were awarded the Ligue 1 title having been 12 points clear of their closest challengers Marseille.

Ben Yedder was in his first season at Monaco having joined the club from Sevilla last summer.