Chelsea are nearing a deal to sign highly-rated Lille defender Gabriel Magalhaes in a £30million deal, reports in France claim.

The centre-back has established himself as a regular starter for Christophe Galtier’s men having started most of their games in Ligue 1 this season, with the team currently in the top four.

The Brazilian’s performances in France have turned the heads of clubs in England, including Arsenal and Everton. But according to Eurosport, both teams are trailing Chelsea, who have ‘almost completed’ the transfer.

Gabriel Magalhaes is on the verge of signing for Chelsea for £30m, according to reports

Chelsea are familiar with Magalhaes having come up against him twice in the Champions League this season.

The Blues won both games 2-1, with the 22-year-old starting on each occasion. He frustrated Frank Lampard’s men at times and showed enough sturdiness at the back to convince the Stamford Bridge outfit of his worth.

Club officials will have to stump up around £30m to secure his signature, and according to the report they are willing to pay it and have made very good progress.

Lampard has experimented with his defence this season, giving chances to youngsters like Fikayo Tomori as well as playing Kurt Zouma and Antonio Rudiger – the latter two appearing to be the first-choice pairing. 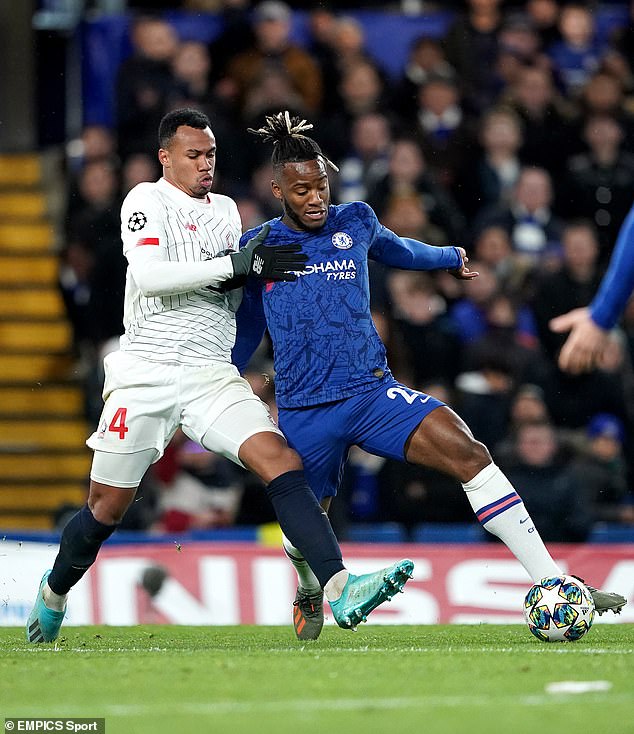 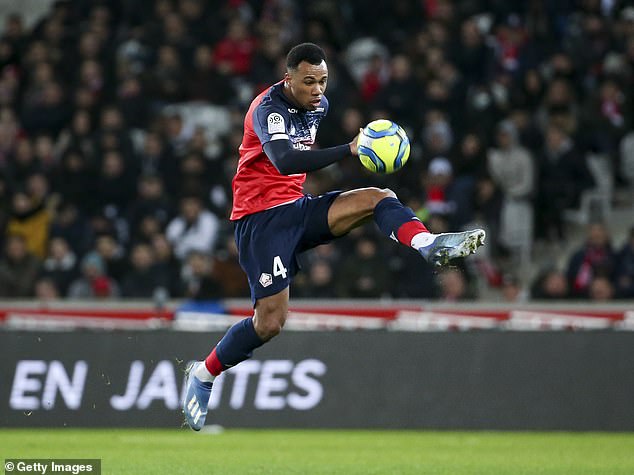 But Chelsea have let in 39 goals in the league this season – the second highest in the top 10 – so the signing of Magalhaes would freshen things up for him at the back.

Born in Sao Paolo, Magalhaes began his career in his home country with Avai FC, joining in 2012 but only spending one year there as a professional in 2016-17 before being quickly snapped up by the French side.

Lille have shipped him out on loan to Troyes and Dinamo Zagreb to hand him more experience, but he has now forced his way into the starting line-up.

He has started 29 times for the team this season, including all six games in the Champions League group stages.