Juventus ‘are willing to sell out-of-form Miralem Pjanic’ this summer with Paris Saint-Germain reportedly leading the chase for the midfielder.

The 29-year-old Bosnian has struggled in Juve’s midfield in recent months and was dropped by manager Maurizio Sarri for last weekend’s 2-0 win over title rivals Inter Milan.

And, according to Italian newspaper Gazzetta dello Sport, Juventus are considering moving Pjanic on if a suitable offer comes in.

Pjanic, who signed from Roma in 2016, has scored three goals and contributed four assists in 32 outings for Juventus this season.

Though he has completed the majority of their Serie A and Champions League fixtures, Pjanic has come in for criticism along with other members of the Juventus midfield.

Gazzetta add that PSG are among those who may consider a bid for Pjanic, who is contracted to the Turin club until 2023.

Juventus held a one-point lead over Lazio at the top of Serie A before the league was suspended because of the coronavirus crisis. 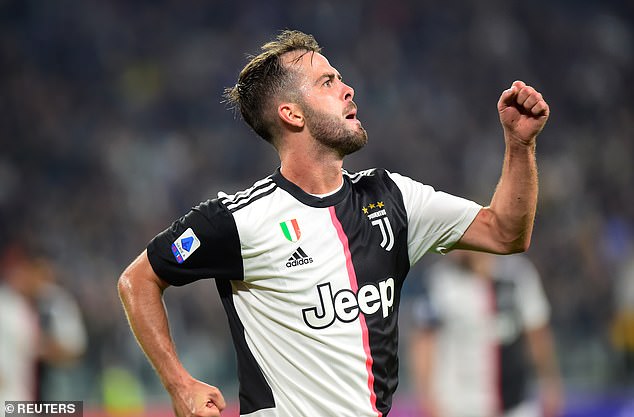