Thomas Meunier has agreed to join Borussia Dortmund this summer in a move worth £45million, according to reports.

The 28-year-old is out of contract at Paris Saint-Germain in June and will be snapped up by the Bundesliga side.

According to ESPN, Meunier was keen to extend his stay at the Parc des Princes but struggled to agree to new terms and will instead complete a move to Dortmund which will include a signing-on fee.

Meunier will link up with two of his international team-mates at the club in Axel Witsel and Thorgan Hazard while current right-back, Achraf Hakimi, will return to parent club Real Madrid following the conclusion of the current campaign.

Dortmund were linked with Meunier four years ago before he completed his move to PSG and now they look very likely to get their man.

The Belgium international was a part of the side that helped PSG knock out Dortmund of the Champions League before international and club football was postponed due to the coronavirus outbreak.

Meunier is one of four players that will be out of contract at PSG this summer.

Layvin Kurzawa, Edinson Cavani and Thiago Silva will all see their current deals expire unless new terms can be agreed. 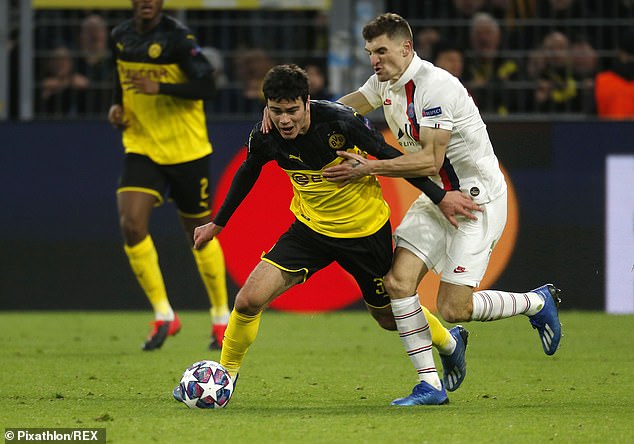