Odion Ighalo continued his excellent start to life at Manchester United with a fine solo effort in the Europa League – which was rather openly admired by Ole Gunnar Solskjaer and his team-mates.

The on-loan striker, drafted in in the final few hours of the January transfer window, fired in a brilliant left-foot opener to put United ahead in their first-leg Europa League clash at Austrian side LASK.

The Nigerian international controlled a delightful through ball from Bruno Fernandes brilliantly, before taking three touches in the air and rifling an effort into the net off the underside of the bar. 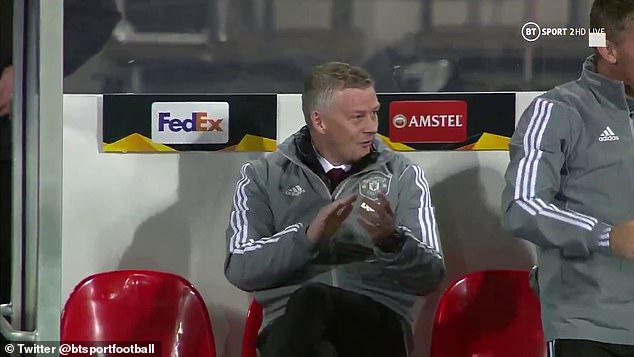 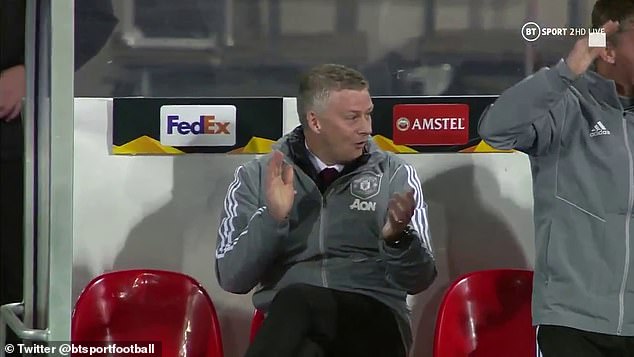 Solskjaer’s reaction says it all! pic.twitter.com/JisDmPsJDh

It was the 30-year-old’s fourth goal in his last three starts following his switch from Chinese Super League side Shanghai Shenhua.

Ighalo’s move was mocked by many after the club had failed to sign Norwegian starlet Erling Haaland, but the former Watford man’s latest strike saw more adulation poured onto him.

And his United teammates were clearly keen to see an action replay of the goal, rushing to the pitch-side monitor to get another glimpse of his wonder strike. 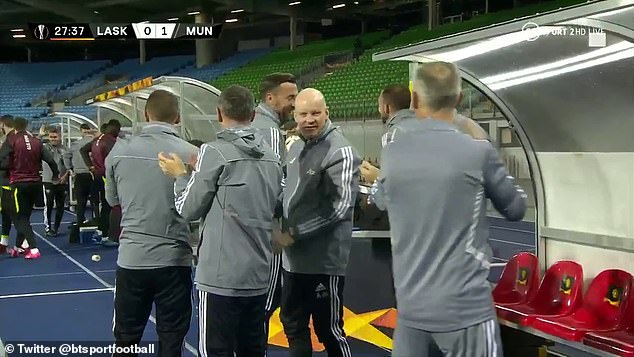 ‘Odion has done really well when he’s come in and he’s enjoying himself,’ Solskjaer said after being captured grinning on the touchline.

‘He will improve and get better, but he has qualities that we saw in him that we needed and we’ll still need those qualities for next season so let’s see what we do.

‘He’s a goalscorer and he’s a striker. He doesn’t worry too much about all that nonsense build-up play – that’s a joke obviously – but he knows his job and what his role in the team is. 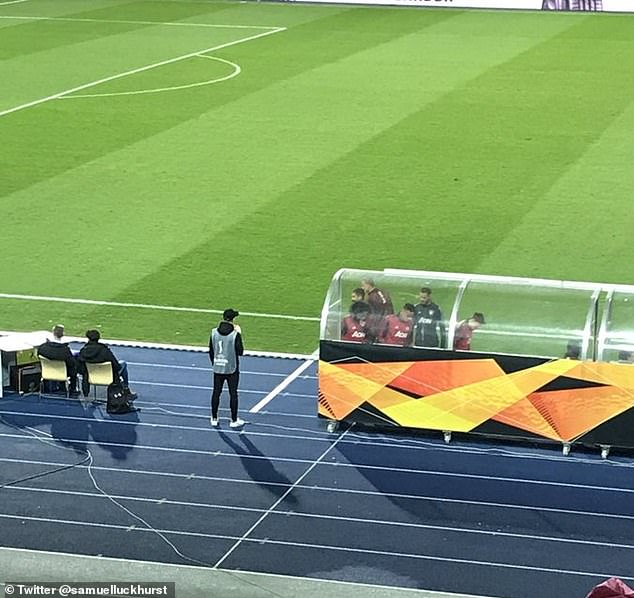 ‘He is very good back to goal, you can play up to him. Great link player, but maybe the best thing about him is his personality, so he’s got the whole lot really.

‘He had three touches before his fourth, the finish. All them touches were high quality but he had to make them to create the space for himself.

‘But the strike is on the half-volley, great timing. No-one would have saved that one so anyone would be proud of that finish.’

United completely dominated the first leg of their last-16 tie, with Daniel James, Juan Mata, Mason Greenwood and Andreas Pereira all netting in a 5-0 rout.

But the game had to be played behind closed doors to the coronavirus outbreak. 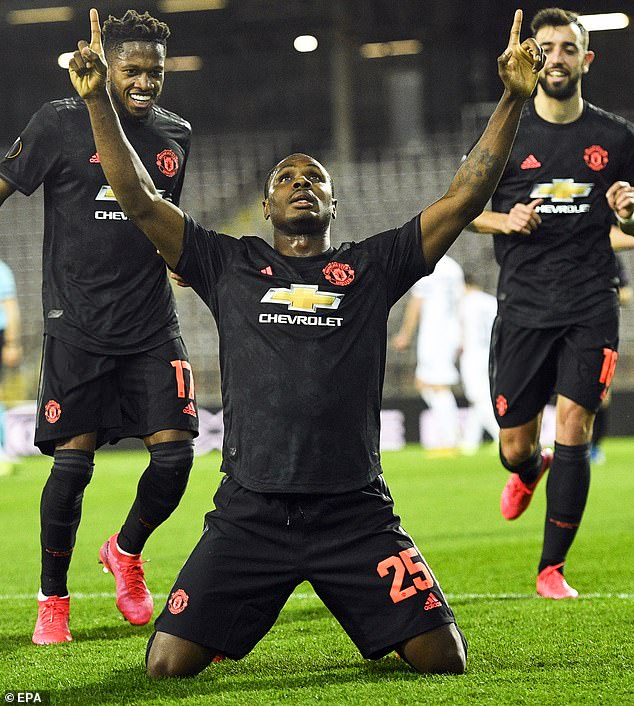