The European Golden Boot has been dominated by Lionel Messi in recent years but this season it looks like the crown will be taken from him.

The Barcelona star is 12 goals behind top scorer Ciro Immobile with just 14 goals in LaLiga this season.

Here, Sportsmail takes a look at the contenders for what promises to be an exciting tussle for the 2019-20 European Golden Shoe.

HOW THE EUROPEAN GOLDEN SHOE WORKS

3. Results in a points total

The 29-year-old leads the way with the most goals across Europe’s top five leagues with an emphatic 26 from 24 matches.

The prolific form of the Italian has propelled Lazio up the table and well and truly in the race for Serie A. They sit just one point off league leaders Juventus and have a superior goal difference.

Immobile has already scored 11 more league goals than he did during the 2018-19 campaign and found the net in the 2-1 win over title rivals Inter Milan at the weekend.

Immobile has not won the European Golden Shoe before but he is in the best position to do so this year. 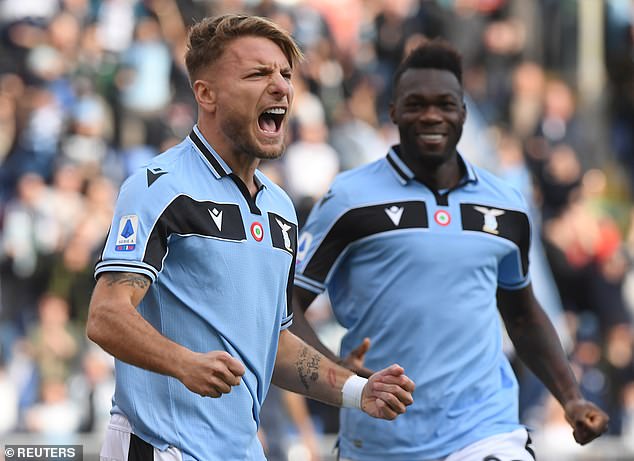 The Polish striker is only three goals behind the pacesetter after another blistering campaign for Bayern Munich.

At 31, Robert Lewandowski has remained at the peak of his powers and has already beaten his Bundesliga tally from last season in 11 games less.

The forward has scored four goals in his last five league games after netting in Bayern’s 4-1 win over Cologne on Sunday.

Like Immobile, Lewandowski has not won the European Golden Shoe and he is showing no signs of slowing down. 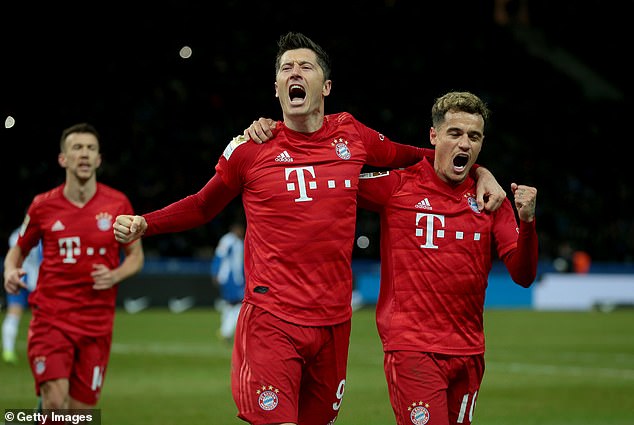 At 31, Bayern Munich striker Robert Lewandowski (C) has remained at the peak of his powers

The form of the 23-year-old this season has resulted in many admirers. Both Liverpool and Chelsea have been linked with a move for the young forward.

Lewandowski has, understandably, been in the headlines but Werner’s 20 goals in 22 matches have also caught the eye.

Werner is hot on Lewandowski’s heels in the race to be the German top-flight’s top scorer but also to be at the top in Europe.

Leipzig are in a battle to be No 1 in Germany and Werner will be key to their challenge as the business end of the season approaches. 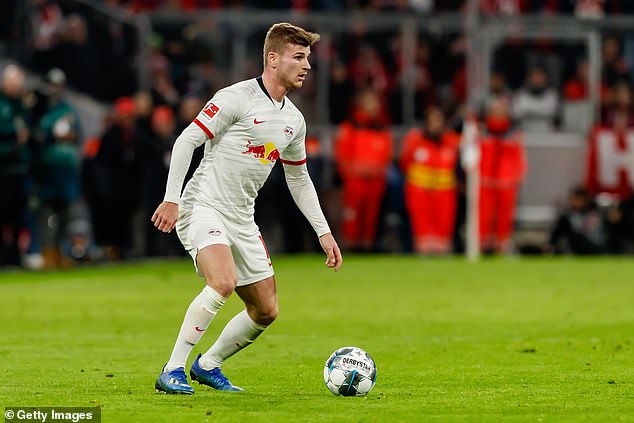 The Juventus star has won the European top scorer gong four times – once for his 31 goals for Manchester United and the other occasions during his spell at Real Madrid.

The 35-year-old has been in sensational form in front of goal for Maurizio Sarri’s side – netting 15 times in his last 10 matches.

Messi’s 36 goals last season saw him take his sixth European Golden Shoe award and so Cristiano Ronaldo could move to within one of him this season.

Don’t put it past him to come out on top by the end of the campaign. 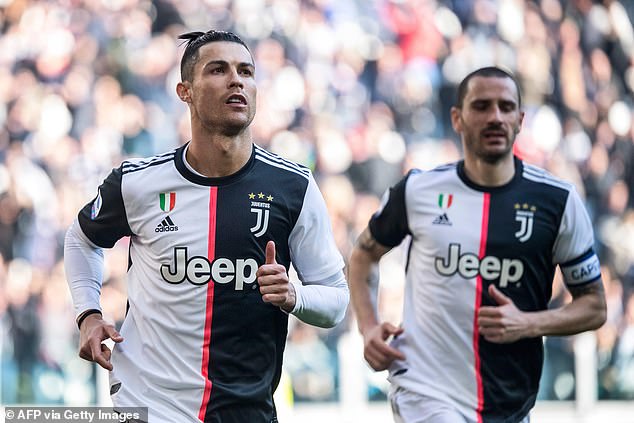 Borussia Dortmund landed one of the hottest properties around in 19-year-old Erling Haaland this winter.

Added to his 16 goals for the Austrian outfit Haaland has a total of 24 goals but due to the European Golden Shoe rankings system he sits in joint-third place.

The Austrian Bundesliga is not in the top five European leagues and so those goals count for less.

Even still with 12 games left to play in the German top flight Haaland is well in with a chance of being Europe’s top goalscorer. 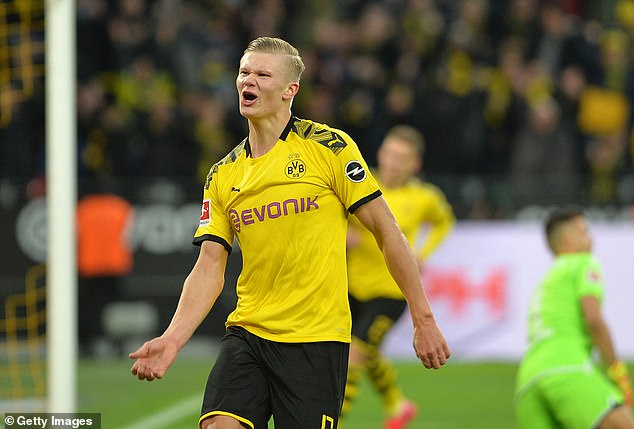 Leicester striker Jamie Vardy is the Premier League’s representative in the top 10 after netting 17 goals in 24 appearances.

However he has not scored in the English top flight since his strike against Manchester City on December 21.

The 33-year-old picked up a muscle strain at the beginning of the year and he is yet to return to the form from the first half of the season.

He has Sergio Aguero, Danny Ings and Pierre-Emerick Aubameyang breathing down his neck in the race for the Premier League Golden Boot. 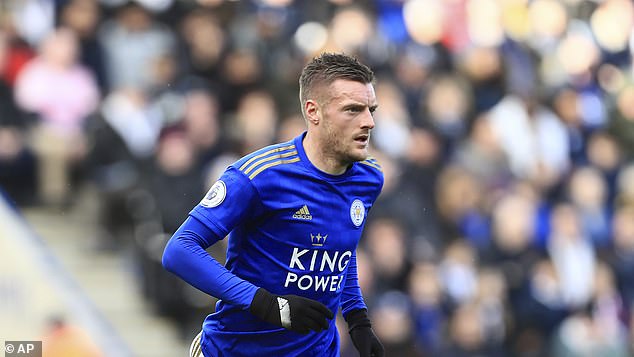 The Belgian international is enjoying a renaissance at Inter Milan after a tough spell at Manchester United.

Like Vardy, he has found the back of the net 17 times in 24 matches as Inter challenge for the league title.

Romleu Lukaku looks a world away from the player that struggled to make an impact in his final months at Old Trafford.

If Inter are to end Juventus’ dominance Lukaku will need to keep up his goalscoring form. 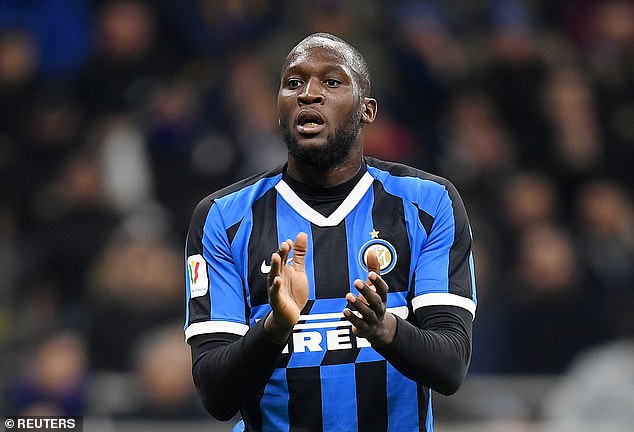 The Manchester City star is never too far away from the summit of goalscoring charts.

The Argentine has scored 16 goals in 19 games as Pep Guardiola’s side have tried to keep pace with Liverpool. 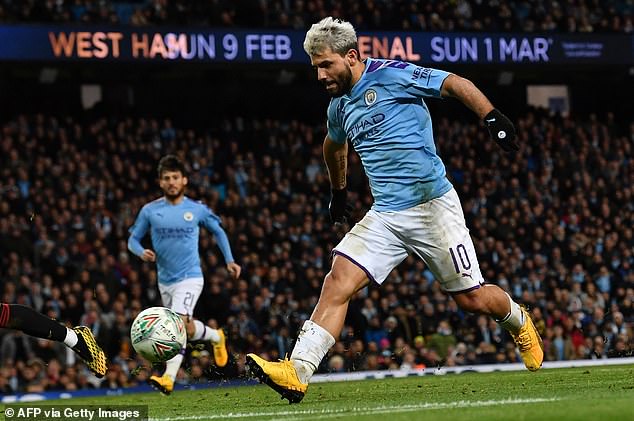 The Monaco forward is Ligue 1’s top scorer with 16 goals, just one ahead of Paris Saint-Germain star Kylian Mbappe.

Both Mbappe and Neymar are breathing down his neck but Wissam Ben Yedder has scored two goals in his last four matches.

Mbappe was sidelined during the early months of the campaign and being just one goal behind Ben Yedder, you’d expect the Monaco frontman to be usurped. 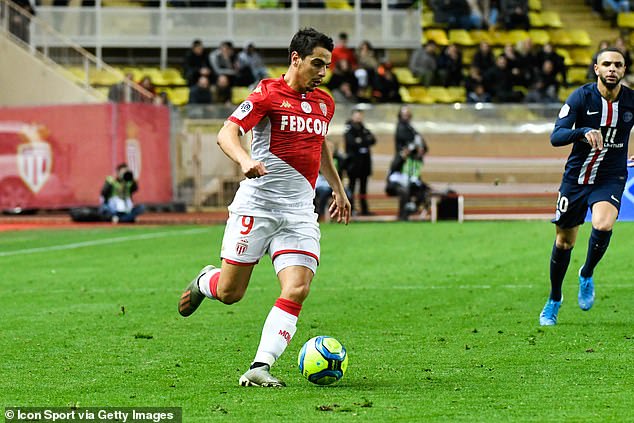 Outside of the top five European divisions, 20-year-old forward Erik Sorga has made the top 10 with his impressive 31 goals.

Sorga was in fine form for Flora as they lifted the league title back in October.

Due to the Estonia Meistriliiga league running from March to October Sorga will not be able to move higher than 10th. 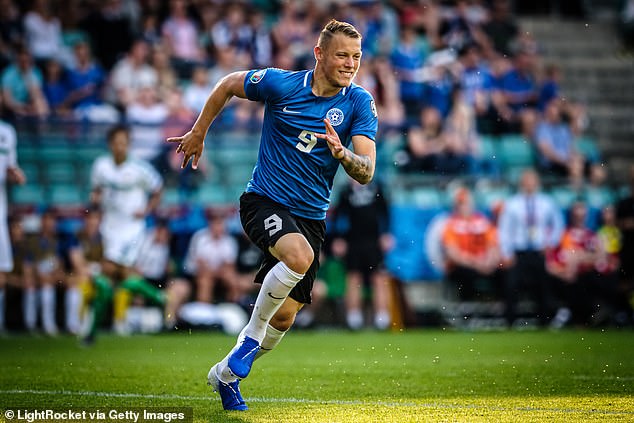