Achraf Hakimi admitted that his future is up in the air and the full-back could join Borussia Dortmund on a permanent basis from Real Madrid.

The loanee starred for Dortmund in their 2-1 win over PSG in the Champions League on Tuesday night and has been a standout player for the Bundesliga side.

He wants to continue his development and accrue more game time, so accepts that he may not simply return to the Bernabeu this summer.

‘Everything can happen in June, but we’ll see what the summer holds,’ he said.

‘In my head is that I want to play and I want to continue growing. Here in Germany they are giving me the opportunity.’

The 21-year-old has established himself as a key figure for Lucian Favre since arriving from Real on a two-season loan contract in 2018. 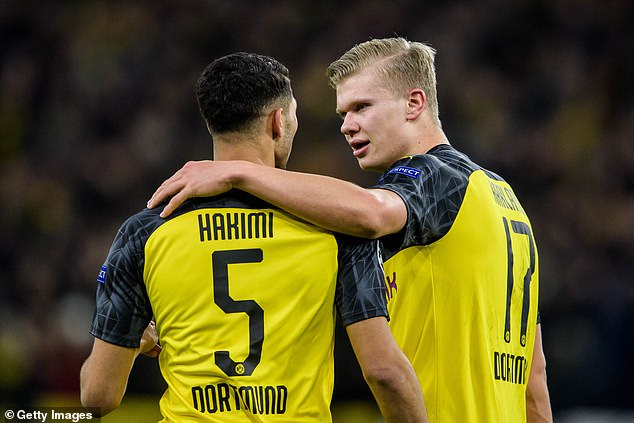 Two goals from Erling Braut Haaland sandwiched either side of a close range finish from Neymar gave Dortmund the win on Tuesday night.

They carry an advantage into the second leg and will be optimistic about their chances, particularly given their new striker’s remarkable form.

‘We have prepared the game quite well and it worked out well,’ Hakimi added. ‘Haaland has helped us a lot and we hope it stays that way.

‘He [Haaland] has been smart. He is still young and knows he has to play.’ 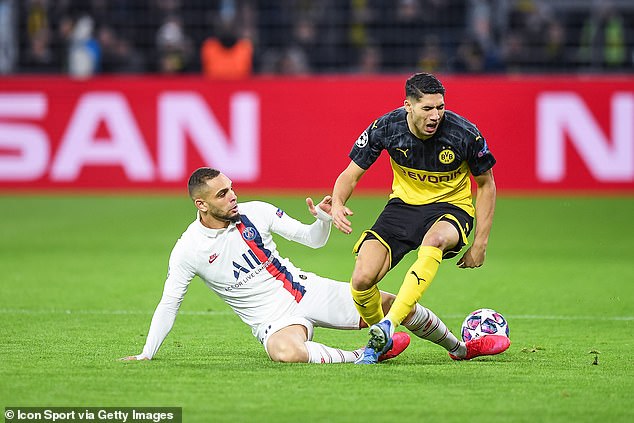