‘I’m 300% focused on Saint-Etienne, but I still follow their results’: Arsenal defender William Saliba admits he is tracking Mikel Arteta’s side ahead of return from France loan spell this summer

By David Wood for MailOnline

Arsenal defender William Saliba has dismissed concerns he had lost focus during his season-long loan spell in France.

The 18-year-old joined the Gunners in a £27million summer deal from Saint-Etienne before being loaned back to Ligue 1 club.

Saliba has spent much of the campaign sidelined with injury including a broken foot in November which saw him ruled out until earlier this month.

But he has recently return to action ahead of his return to north London at the end of the season.

Saliba insisted he is fully focused on his current club – but says he is keeping a close eye on Arsenal as he knows he will definitely be in north London next season.

‘Next year, I’ll be at Arsenal, but I still follow their results.’ 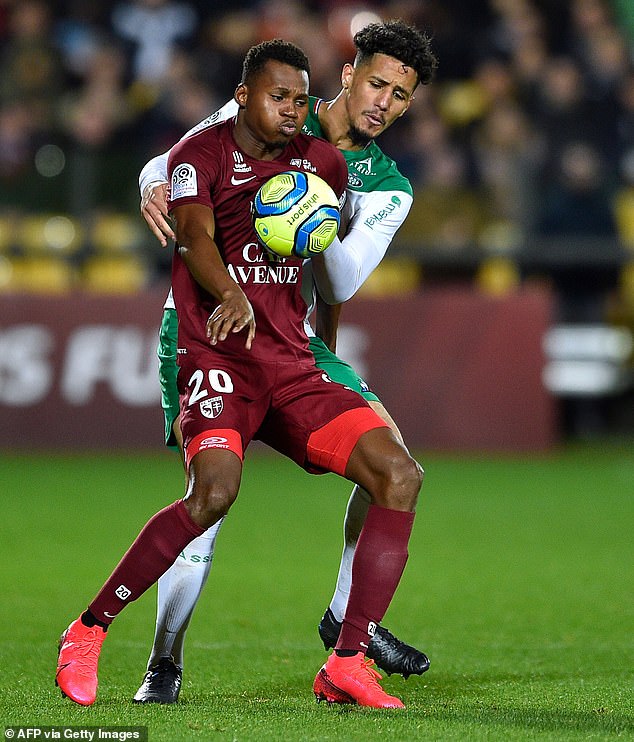 Former Arsenal defender Mathieu Debuchy, a team-mate of Saliba at Saint-Etienne, has been impressed by the progress of the teenager.

Debuchy told ‘The Official Ligue 1 Podcast’: ‘He’s a great player. I’m so happy for him to play next season for a big club like Arsenal.

‘He improves every game and I think he is a great player. He’s strong with good technique. He’s quick.

‘I think he has a lot of quality to play at Arsenal.’