‘I missed the chance to become the best coach in the world’: Unai Emery blames the lack of VAR (not the 6-1 drubbing by Barcelona!) for ruining his hopes of Champions League glory with PSG

By Anthony Hay for MailOnline

Unai Emery believes he would have been the world’s best manager if VAR had been in place during his time at Paris Saint-Germain.

The out-of-work tactician, who worked in the French capital for two years between 2016 and 2018, has blamed the lack of video technology for him failing to lead PSG to their first ever Champions League triumph.

Emery’s PSG squandered a 4-0 first-leg win in the last 16 against Barcelona in his first season in charge, with the Catalans winning the reverse fixture 6-1. 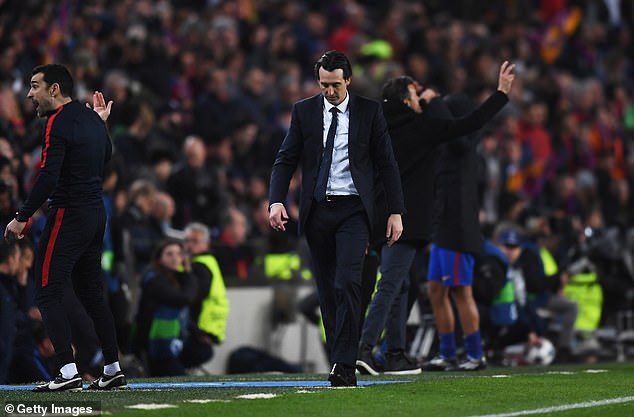 Emery, pictured during his side’s 6-1 defeat by Barcelona, wanted VAR in place before now

And the former Arsenal boss is blaming the defeat on refereeing decisions rather than his side’s embarrassing capitulation at the Nou Camp with Barcelona’s second penalty among the contentious decisions.

Luis Suarez, a Layvin Kurzawa own goal and a penalty by Lionel Messi put Barcelona 3-0 up before Edinson Cavani looked to have scored a crucial away goal.

However, Neymar, then with Barcelona, scored two in two minutes to give his side hope of qualifying before Sergi Roberto netted Barcelona’s sixth goal in the 95th minute to send the Catalans through.

‘In Paris, I missed the chance to become the best coach in the world,’ he told France Football.

‘I won the league, four domestic cups and two Trophees des Champions. But the ultimate goal was the Champions League.

‘The first year, in the round-of-16 against Barcelona, were played a really high-level first leg. In the return leg, we were knocked out because VAR didn’t yet exist. We were very clearly knocked out by refereeing decisions.

‘The second year, against Real Madrid, we bowed to a team who recorded an historic hat-trick and, again, in the first leg, we could find fault with the officiating.

‘To conclude: we lost the first time on refereeing decisions, and the second against the defending and future champions.’

Emery, who left Parc des Princes with a year left to run on his contract, won the league title, the French Cup twice and the French League Cup twice.

He was sacked by Arsenal in November after just 18 months in charge of the north London outfit. 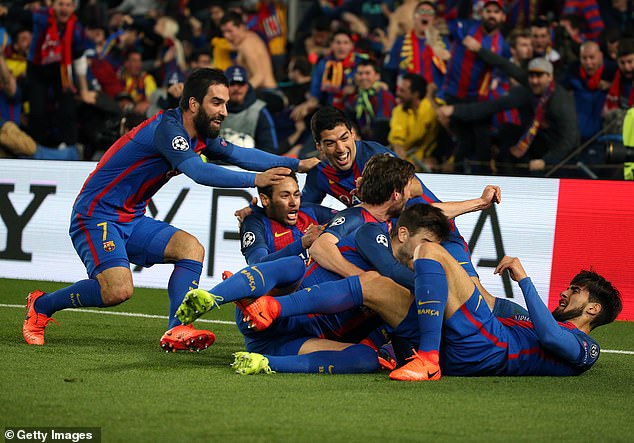