‘He is not only a top strategist, but also a great person… he is next to the team through thick and thin’: Jurgen Klopp hailed by Adrian as Liverpool close in on first-ever Premier League title

Adrian has sung the praises of Jurgen Klopp for transforming Liverpool’s fortunes and setting them on their way to their maiden Premier League crown.

After taking over in October 2015, Klopp has built Liverpool into Europe’s most formidable club again at present, winning last season’s Champions League and rampaging towards this term’s Premier League title.

And Adrian has since opened up on what life is like working under Klopp – claiming the German is ‘next to the team through thick and thin’.

‘Just look how we are in the league. It is so easy working with him. So easy. He’s always smiling, cheerful, optimistic. He’s the manager but he behaves like any another member of the team.

Adrian, who deputised for the injured Alisson earlier on in the Premier League campaign, has also revealed just how inspiring Klopp is.

Adrian added: ‘He’s there to guide us. He visualises football very well from the sidelines and transmits this knowledge to the players in a masterful way.

‘Training sessions are intense. He does his job passionately and that’s exactly how we perform on the pitch.

‘Jurgen is not only a top strategist, but also a great person. The best group management I’ve seen. Next to the team through thick and thin.’ 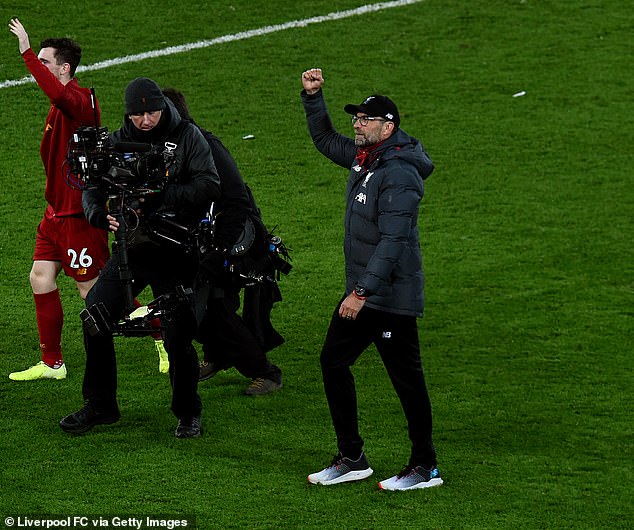