Arsenal should let Aubameyang go for FREE if goals get them in Champions League, says Paul Merson

Arsenal should let Pierre-Emerick Aubameyang go for FREE if his goals get them back in Champions League, says Gunners legend Paul Merson

By James Gant For Mailonline

Arsenal should let Pierre-Emerick Aubameyang go for free after next season if his goals get them back in the Champions League, Paul Merson has said.

Striker Aubameyang, who has found the net 14 times this season, looks set to leave north London as his contract enters its last 12 months.

Barcelona have confirmed they are interested, and he could end up leaving for free if no extension is agreed before the end of the next campaign.

Pierre-Emerick Aubameyang, pictured against Burnley on February 2, looks set to leave the Gunners, with Barcelona among the interested parties 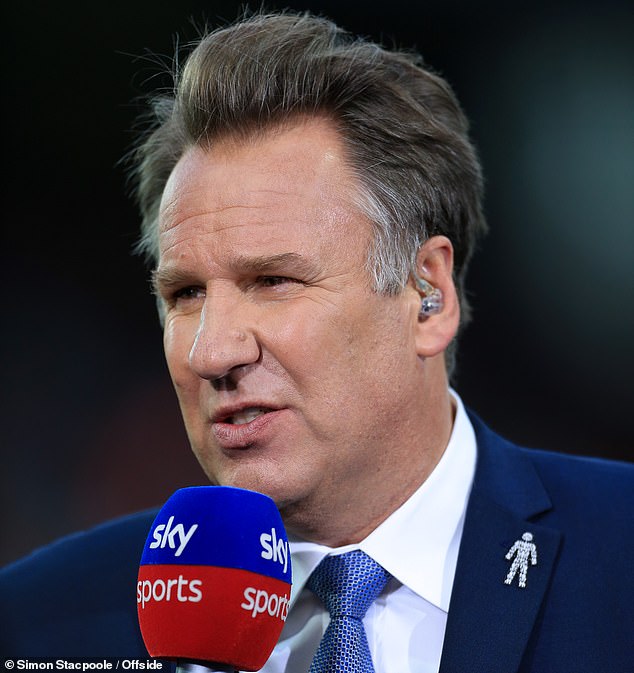 The Gunners striker could end up leaving on a free if an extension is not signed. Paul Merson (pictured) thinks this would not be a bad thing as the Gabon international is 30

Pundit Merson thinks this would not be a bad thing considering the Gabon international is 30.

But he said Mikel Arteta’s side should challenge Aubameyang to see them into the Champions League before he leaves.

Carrying on his Golden Boot-winning form from last season, Aubameyang has scored 14 of the Gunners’ 32 Premier League goals this season, considerably more than any of their other players.

He was in a rich vein of scoring form at the very start of the season and Arsenal’s captain had picked up again after Mikel Arteta was appointed, at least prior to a suspension.

Aubameyang is certainly a reliable scorer and has every chance of winning another Golden Boot this season.

The Gunners currently sit in 10th and are 10 points off an automatic Champions League spot this term but Merson is looking further ahead.

‘I’d keep him and say, you know what, give him what you can next year and get us into the Champions League and you can go for free. It’s hard to buy goals, and he’s a natural scorer.

‘Gabriel Martinelli could be a top player and I like him, but if I keep Aubameyang I’ve got 15-20 goals, and that’s some doing.’

He added that asking 18-year-old Brazilian Martinelli to do that would be unfair. 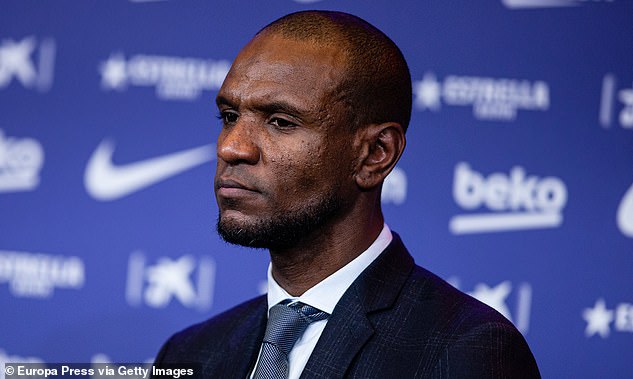 The LaLiga champions were looking for a No 9 in the January transfer window, with Luis Suarez out until at least April.

Aubameyang was heavily linked with a move to the Nou Camp and although a deal did not materialise, Abidal said the club will look for a striker this summer and spoke highly of him.

‘I know him (Aubameyang). He has a profile that has depth. He is important, and in his team he is decisive,’ Abidal told Spanish outlet Sport.

‘It is good to bring this profile of player who can be in the market and can help you. We’ll see what will happen.

‘It is logical that in summer a ‘nine’ will come. It is a necessity. We know that Suarez will come back strong, but you have to bring a top player in the summer.

‘There is a list with players like [Olivier] Giroud, [Fernando] Llorente or Aubameyang, but for one thing or another we decided not to sign [someone in January].’