Manchester City have given Raheem Sterling permission to head off on holiday, a clear indication he will be fit for the crunch Real Madrid clash.

Pep Guardiola has given his players the green light to leave the country this week given his team do not play until February 22 as part of the Premier League’s inaugural winter break.

Sterling suffered a hamstring injury in City’s previous game against Tottenham leaving him a doubt for a number of fixtures, including the trip to the Bernabeu for their Champions League last-16 first leg tie against Zinedine Zidane’s side on February 26. 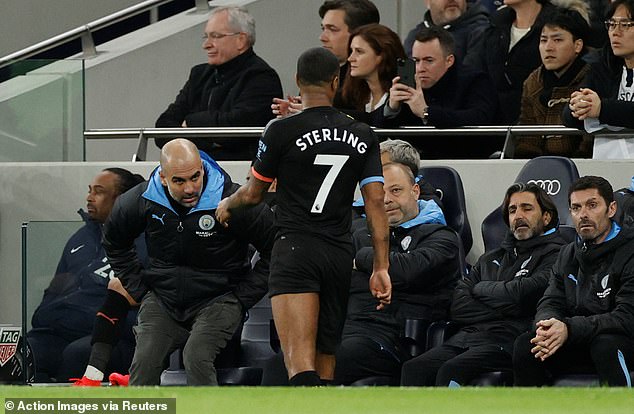 Pep Guardiola suggested he had suffered a severe injury, describing it as a ‘problem’

Guardiola did nothing to quell talk of a lengthy lay off last week, describing the injury as a ‘problem’.

However, it is understood Sterling has suffered a grade one hamstring strain, the least severe of its kind, and there is growing certainty the England star will travel to Spain in a fortnight’s time.

The recovery time for a grade one hamstring injury is usually up to four weeks.

Given Sterling suffered the injury on February 2, there is significant confidence the forward will be fit.

Indeed, the fact City medics have given Sterling the all-clear to go abroad with his family this week instead of staying in Manchester for treatment provides a clear indication of his imminent return to fitness. 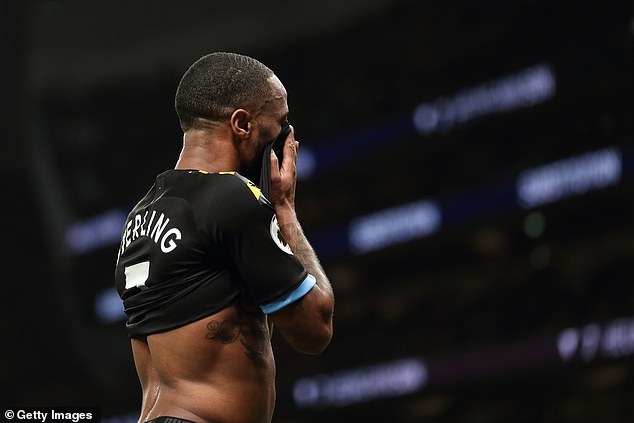 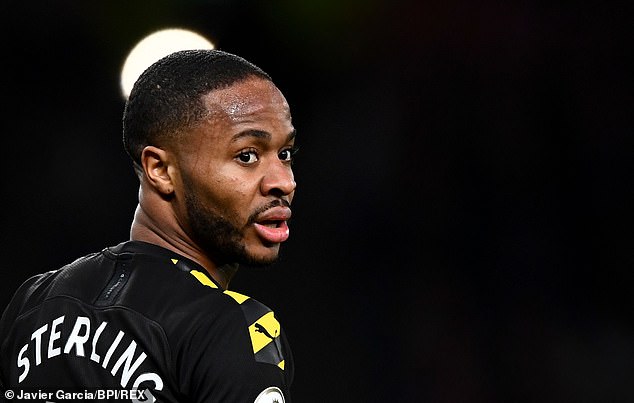 Combined with the fact he is jetting off on a break, Sterling looks likely to be available