‘You can feel that he is stronger’: PSG boss Thomas Tuchel insists Edinson Cavani is fully focused again after failing to seal Atletico Madrid move

Paris Saint-Germain manager Thomas Tuchel admits Edinson Cavani is fully focused again on his club duties after seeing a proposed move to Atletico Madrid fall through at the last minute.

The Uruguay striker was on the brink of sealing a move to the Wanda Metropolitano in the January transfer window but Atletico failed to meet the financial requirements of the Ligue 1 giants.

But with an exit now on hold until at least the end of the season, Cavani put the transfer saga behind him by coming off the bench to score within three minutes as PSG beat Lyon 4-2 on Sunday at the Parc des Princes.

And Tuchel claims that the 32-year-old, who is out of contract in the summer, is getting stronger again every day following his failed move.

‘Whenever there’s competition it’s good. We need all the players. I’ve always said that,’ Tuchel told reporters on Sunday.

‘You can feel that Edi [Cavani] is stronger in training at the moment because things are clear after the market. It’s been like that for a few days now. 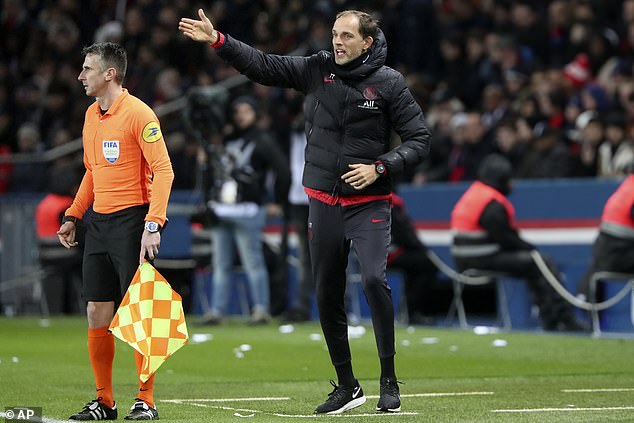 ‘He made a very good entrance [in the game], he put in a very important goal. It’s good for him and for us.

‘Because we need all the players with experience and quality like Edi. That’s necessary. They are in good shape and that’s good.’

Cavani’s goal on Sunday was his third of the Ligue 1 campaign, but his first since all the way back in August.