Lyon defender Fernando Marcal scored a bizarre own goal as Paris Saint-Germain survived a scare to win 4-2 and restore their 12 point lead at the top of Ligue 1.

PSG had established a two-goal lead courtesy of efforts from Angel Di Maria and Kylian Mbappe prior to Marcal’s own goal.

Marcal turned the ball into his own net after his team-mate attempted to clear the ball from a Julian Draxler cross but the ball ended up going back to Draxler and subsequently went in off Marcal. 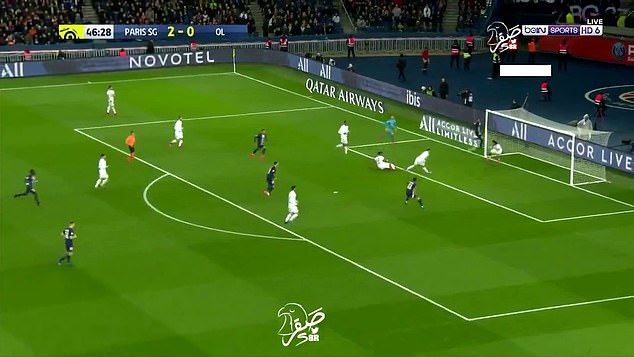 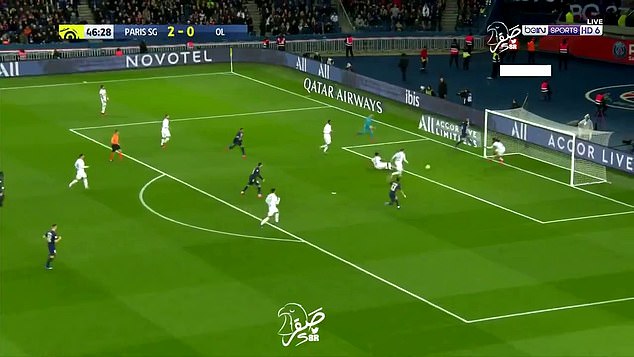 The ball ended up striking Marcal, who could only watch as he scored a comical own goal 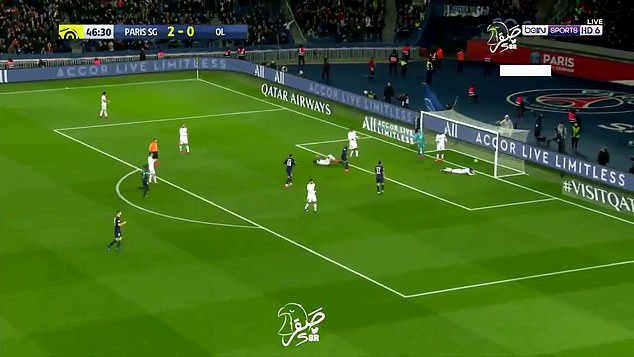 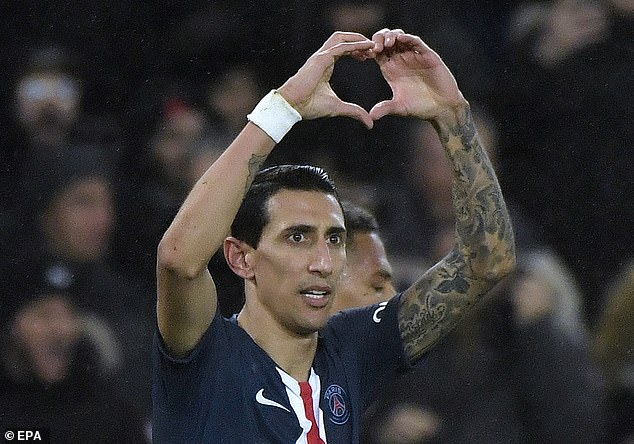 Angel Di Maria celebrates after his goal, scored in the 22nd minute, put PSG in the lead 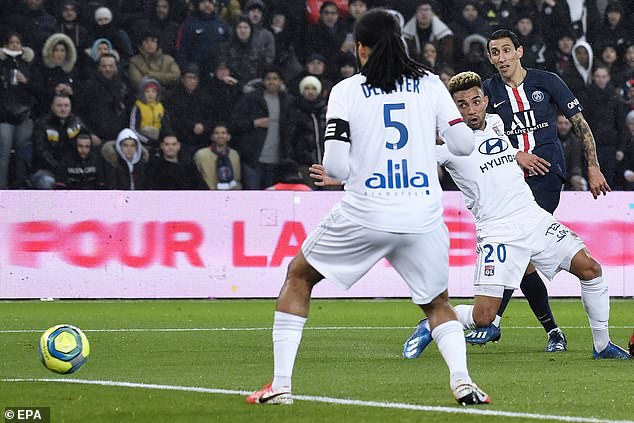 Meanwhile in Paris, Lyon have just scored one of the funniest own goals you’ll ever see against PSG. Great play between the two teams 😳 pic.twitter.com/hHamEXqRds

And Marcal would have been wise to have stayed off social media in the aftermath of the defeat.

‘The worst own goal of the century,’ said on Twitter user, while another labelled it ‘one of the highlights of the game.’

Angel Di Maria cut back inside the area and beat Anthony Lopes with a low shot at the near post to put the hosts ahead in the 22nd minute.

Kylian Mbappe made it 2-0 seven minutes before halftime by flicking the ball past Lopes from Thomas Meunier’s cross.

It was a harsh reality check for Lyon, who had started the match with 16-year-old Rayan Cherki livening up proceedings on the right flank. 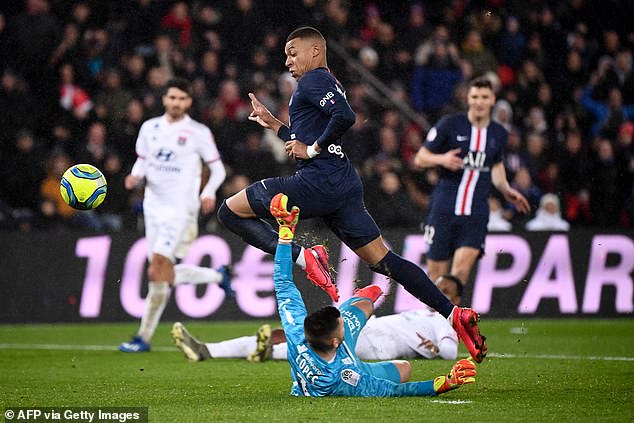 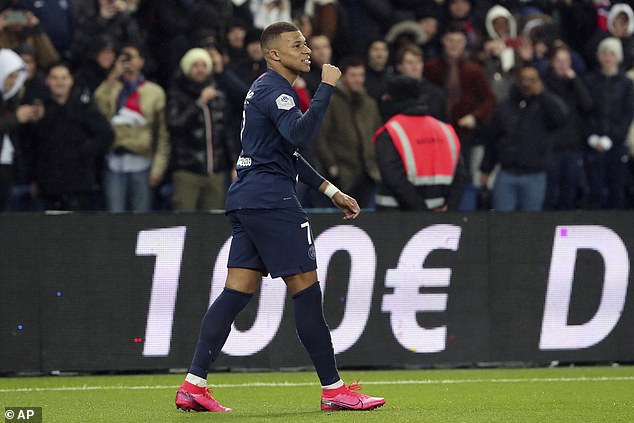 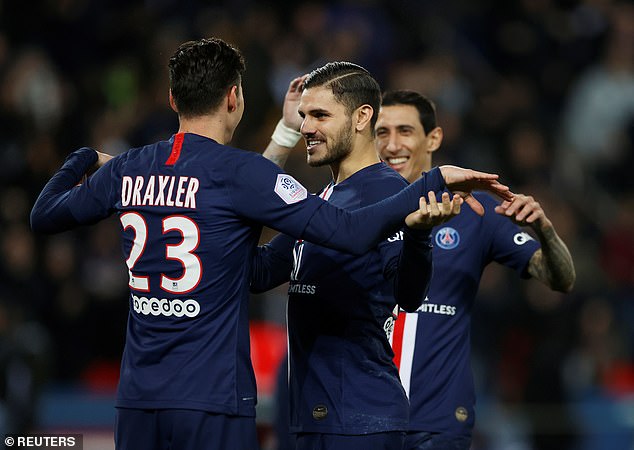 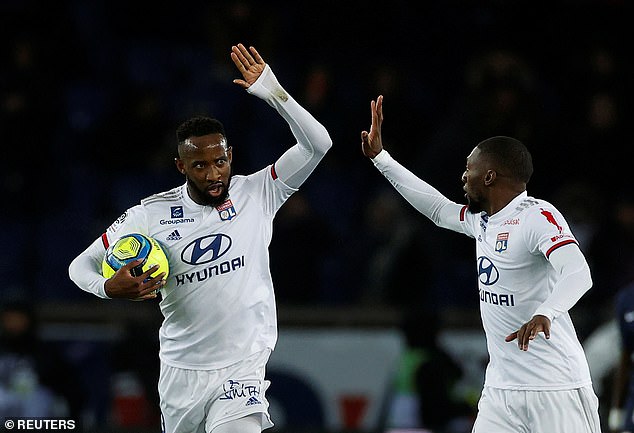 Lyon fell 3-0 behind two minutes into the second half in farcical fashion as Marcal sent the ball under the bar trying to clear Julian Draxler’s back pass in the area.

But the visitors did not give up and Terrier reduced the arrears with a low shot from just inside the box after being set up by Cherki.

Dembele pulled another one back by tapping home from Karl Toko Ekambi’s pass after the second-half substitute had outpaced Presnel Kimpembe.

But Cavani found the back of the net from Di Maria’s pass 11 minutes from time to wrap it up. 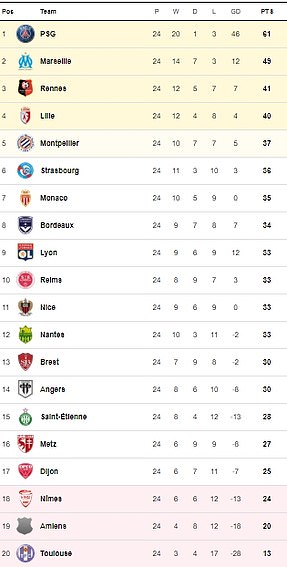 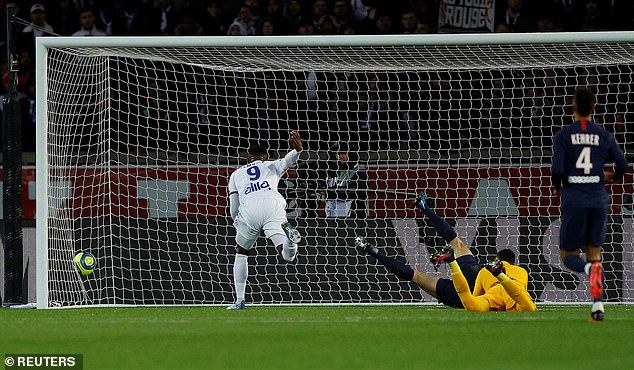 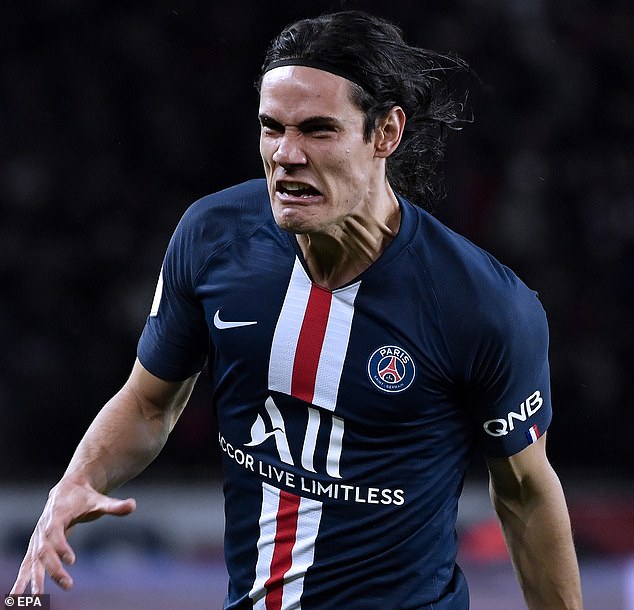 However, substitute Edinson Cavani scored in the 79th minute to make sure of PSG’s victory