‘My plan is that I continue to play football for Bayern’: Manuel Neuer is intending to stay in Munich despite long-term replacement Alexander Nubel’s arrival in the summer

By Amitai Winehouse For Mailonline

Manuel Neuer is still committed to Bayern Munich and is planning to battle with Alexander Nubel for the No 1 spot next summer.

The veteran goalkeeper’s contract with the Bundesliga leaders expires at the end of next season and Bayern have already moved to bring in a long-term replacement for him.

They have snapped up Nubel, who comes from Neuer’s former side Schalke, in a free transfer.

The 23-year-old will move to Bayern at the end of the campaign and will look to nab Neuer’s starting berth.

Neuer has little intention of letting him do so and also claimed there was nothing new to be said about a possible contract extension.

‘My plan is that I continue to play football for Bayern, and Alex Nubel will be there from summer, then it will continue,’ Neuer told Sky Sport.

‘There is nothing we can announce at the moment.’ 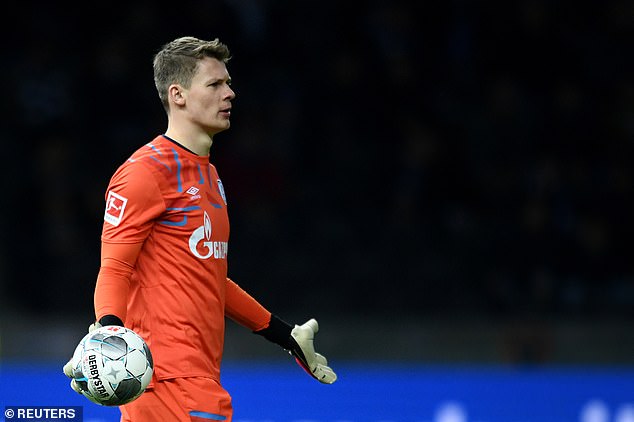 Bayern and Neuer managed a 0-0 draw with title rivals RB Leipzig on Sunday evening, which leaves them a point clear at the top of the table.

And the 33-year-old hailed Leipzig’s display before suggesting the game had not shown which side was better.

‘We are one point ahead,’ he added. ‘You cannot take this one game to judge whether there is a clearly better team. 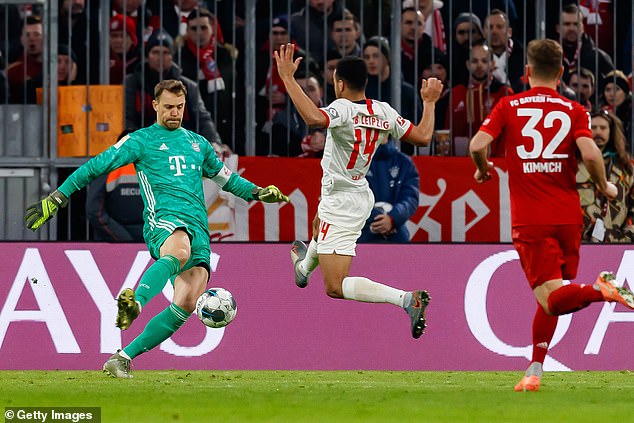 ‘Not a lot happened in the table. We would have liked to have won. We started quite well and after the dominance Leipzig changed over and played man versus man. Then we had problems in the build-up game and had to play long balls.

‘We played against a good team. It can not always go perfectly for 90 minutes. We always try to continue our successful style, but that did not work 100 per cent against Leipzig.’