‘It’s been painful going back to Anfield… crying in the playing lounge and hoping nobody sees’: Michael Owen opens up on Liverpool exit heartache and admits ‘the wound will never go’

Michael Owen has opened up on the Liverpool heartache which still wounds him to this day, detailing how each return to Anfield still has him ‘on edge.’

Owen burst onto the scene with Liverpool during the late nineties and quickly became an idol of the Kop while establishing himself as one of the most exciting youngsters in world football.

After winning a treble of honours with Liverpool at the turn of the century, things took a sour turn for Owen after he decided to walk away from Liverpool and join Spanish giants Real Madrid.

At Madrid, Owen had ambitions to go on and further cement himself as one of the world’s finest strikers while looking to pick up a European Cup winners medal.

It was, however, Liverpool who would shock world football in 2005 by winning the Champions League. Owen moved to Newcastle soon after, despite wanting a return to Merseyside.

Speaking with close friend and former team-mate Jamie Carragher on ‘The Greatest Game’ podcast, Owen revealed how his Anfield exit and the events which followed inflicted a wound which will never heal. 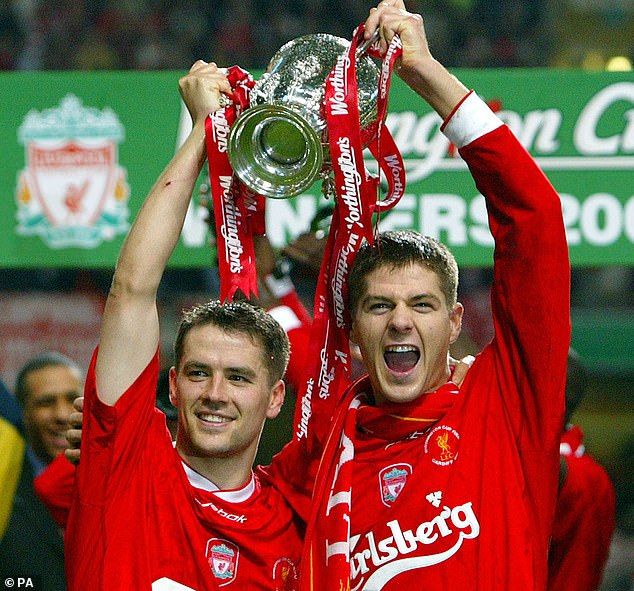 Owen made his name with Liverpool, won trophies, and was adored by the Anfield faithful 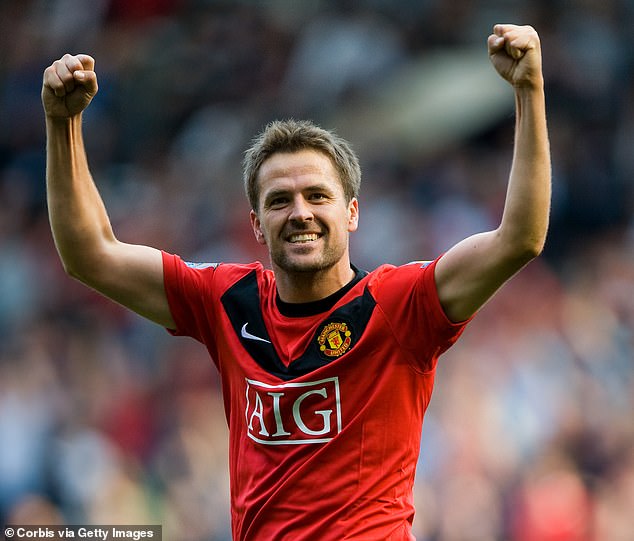 ‘I have almost had to cut off, it has been painful going back to Anfield and hearing boos while I was at Newcastle,’ Owen revealed.

‘Crying in the playing lounge and hoping nobody sees. You [Carragher] going public helped but it has been torture for a long time. It is like splitting up with your wife. I can only blame myself, I said yes to Real Madrid.

‘I still love Liverpool. Different to you [Carragher], you are still at that club being idolised. I was you. And yet there is a polarised opinion because of me thinking I will go away for a year and all of a sudden it is all ruined.’

It was later in his career, when Owen opted to sign for Liverpool’s arch rivals Manchester United, that his reputation completely disintegrated on Merseyside.

‘If I am walking along the Kop, they’re saying ‘you are an effing Manc’ or whatever and I have got to live with that now and it bloody hurts,’ Owen added.

‘It has killed me for ages and the wound will never go. I can’t do anything about what is in my heart, sadly because it would be brilliant for me, I would live a lovely peaceful happy life if I could say ‘I don’t care then’ but the problem is I do. 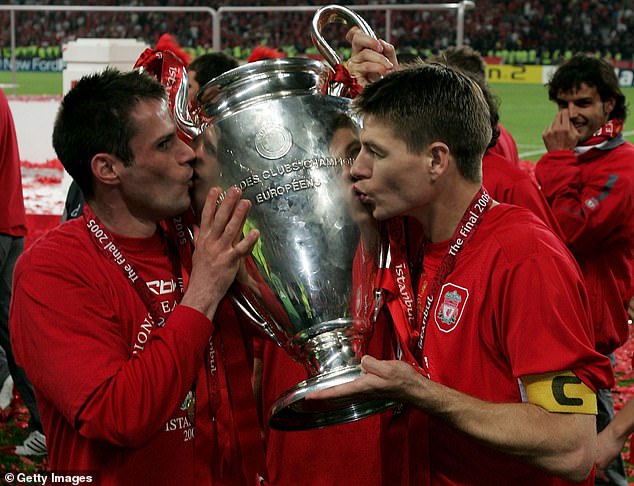 ‘I know who my club is but I can’t change what I have done. I made the decision, I am not blaming anyone.

‘Any one of those 60,000 fans at Anfield have got the ability to break my heart. You can’t help now, looking at players past and present, players who have done jack s*** for the club who now have a job with the club. If they turn up at the centre circle they get their name sung.’

Like millions of others in 2005, Owen watched along on TV as Liverpool staged one of the greatest ever Champions League comebacks to defeat the all mighty AC Milan and claim their fifth European cup in Istanbul.

When asked by Carragher about his general feelings, Owen admitted they were mixed.

‘I watched it in my living room in Madrid. I’m not going to lie, I had massive mixed emotions – me you and Stevie had grown up together. So to see your mates not only being happy but paying such a huge role in doing it, that was great.

‘But of course as you said, I left Liverpool, not because I disliked Liverpool, for a quick new experience, a quick fling, and that has happened while I have been away, I was like oh my god, you can’t not have mixed emotions about it,’ he added.