‘Against them we produce stratospheric performances’: Lorenzo Insigne believes Napoli are Liverpool’s bogey side after four points from two Champions League clashes

Napoli captain Lorenzo Insigne has claimed his side are now a ‘bogey team’ for Liverpool after earning a win and a draw from their two Champions League matches this season.

Dries Mertens and Fernando Llorente inflicted defeat on the reigning champions in Naples during the opening group stage match in September, before Dejan Lovren rescued a draw after Mertens’ opener in the reverse fixture in October.

‘Against them we produce stratospheric performances. We became their bogey side.

‘In two games this season we got four points and this leaves us with great satisfaction.

‘We left Anfield with a draw that served us well, even if we wanted to advance to the next round with a game to spare.’ 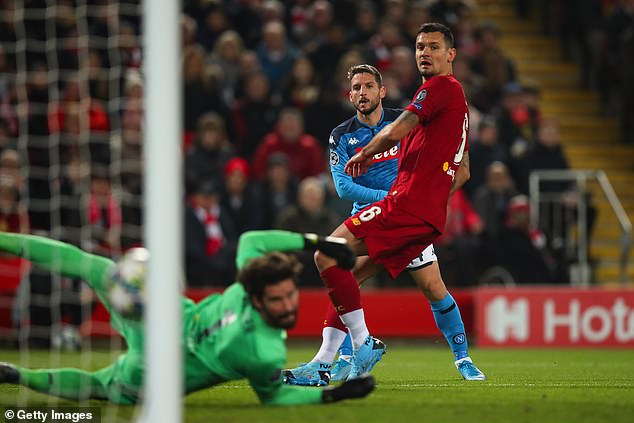 Insigne was asked about the infamous player mutiny, which has shaped their season.

Insigne added: ‘After the game against Salzburg there was a bit of a mess that could’ve been avoided, but it’s everyone’s fault.

‘We can’t think of the past now, we have to remain compact and united.’