By Joe Bernstein for The Mail on Sunday

Richarlison’s 11th goal of the season lifted Everton into a European spot just two months after Marco Silva was sacked with the club in the relegation zone.

The Brazilian finished decisively after 58 minutes before Jordan Pickford redeemed himself for an earlier blunder with a point-blank save to deny Christian Benteke a second equaliser.

Bernard had earlier given Everton the lead before Benteke levelled with his first goal since April. Dominic Calvert-Lewin wrapped up the points for his side with a late third. 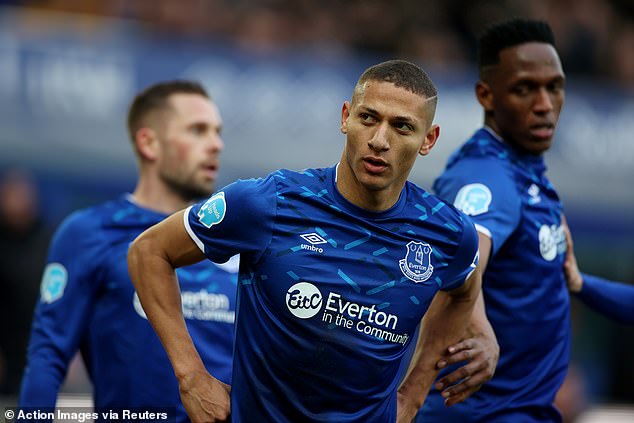 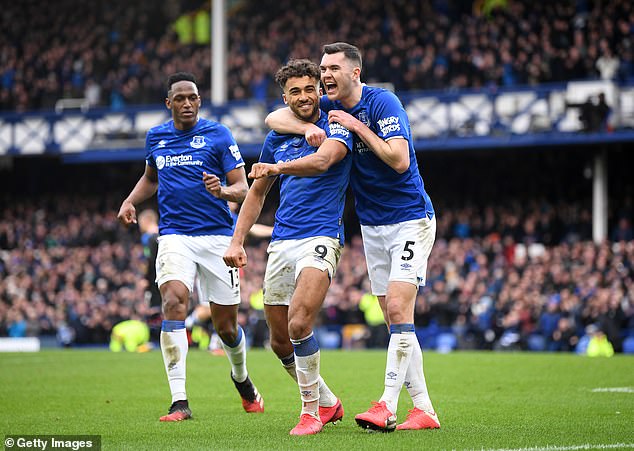 While victory put Everton seventh – usually good enough to qualify for the Europa League – and stretched Carlo Ancelotti’s run to just one league defeat in 11, Roy Hodgson’s Palace remain only six points above the drop zone with crunch fixtures against Newcastle and Brighton coming up after the winter break.

Both teams went into the lunchtime kick-off in contrasting form. Palace were on a run of one victory in 10 and nobody has scored fewer goals in the division.

It was no surprise therefore that Palace’s Vicente Guiata was the first goalkeeper called into action with a full-length dive to keep out Lucas Digne’s free-kick. 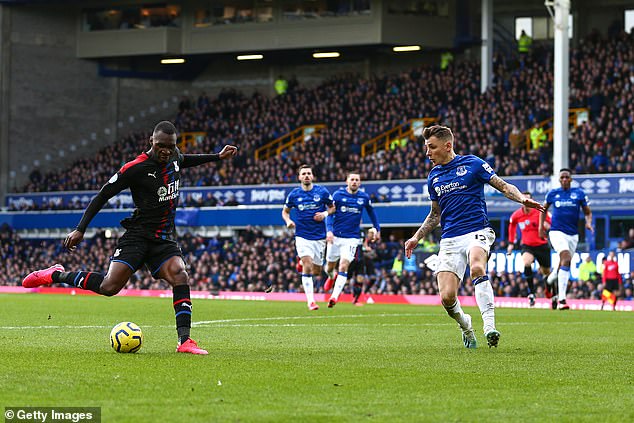 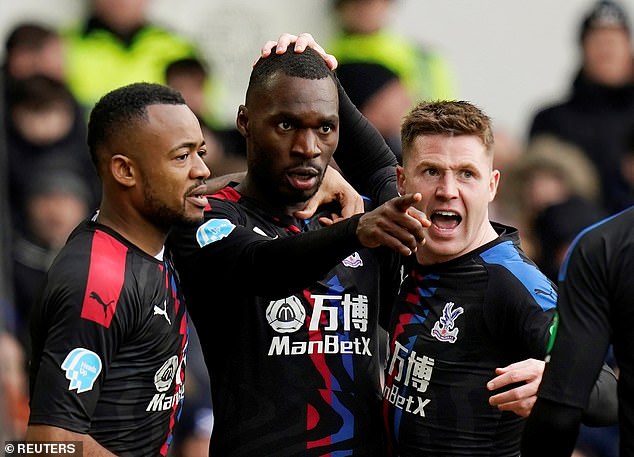 As retribution, Digne was then cleaned out by former Evertonian James McCarthy who received a caution on his first return to Goodison Park since leaving last summer.

He darted down the right flank past two Palace defenders before whipping in the perfect delivery that Bernard gleefully met with a sidefoot volley with his right boot. It was the little Brazilian’s third goal of the season – all of them at Goodison Park.

Typical of Walcott’s career, no sooner had he made a positive contribution than injury struck. He pulled up and eventually limped off to be replaced by Djibril Sidibe after 26 minutes – the change initially delayed because the Everton defender had forgotten to put on his left sock and had to disappear down the tunnel to collect it.

Palace reached the interval without registering a shot on target and their brightest moment after 43 minutes ended in disappointment when Wilfried Zaha fell after darting into the box and VAR ruled he hadn’t been pushed over by Seamus Coleman. 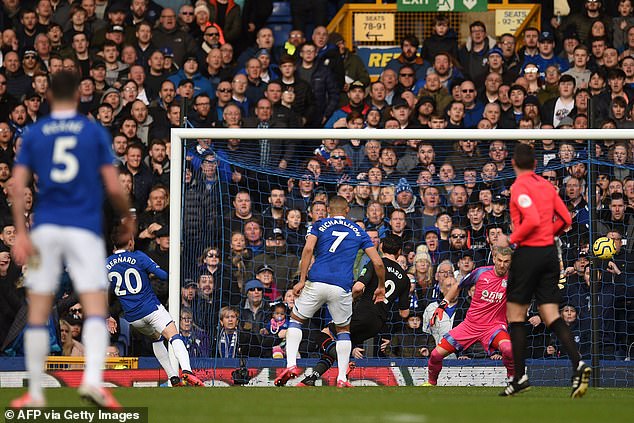 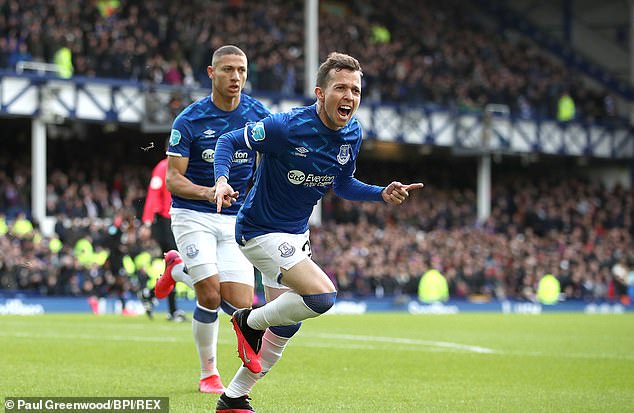 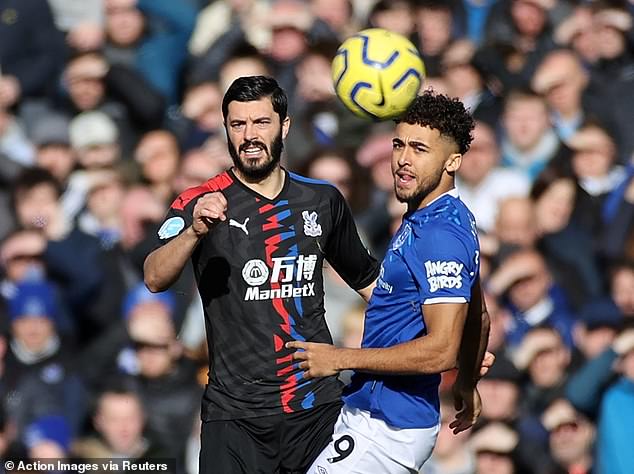 Whatever 72-year-old Hodgson said to his players at half-time gave Palace a temporary lift, though it took a major helping hand from Pickford to equalise after 51 minutes.

Former Liverpool striker Benteke won a header against Michael Keane in the centre circle and then raced onto collect a return pass from Zaha on the right-edge of the penalty area.

His low shot didn’t pack a lot of power but Pickford got down awkwardly and allowed it to squirm through his hands for the Belgian’s first Palace goal of the season and only his second in 34 Premier League games.

The tempo increased from there with an Everton clearance rebounding off Benteke’s chest onto the post, before the home side broke up the pitch to restore their lead seven minutes after Palace’s equaliser.

Calvert-Lewin’s flicked header set Richarlison goalwards and with a backpedalling Gary Cahill reluctant to make a challenge the Brazilian correctly chose to cut inside and shoot rather than pass, and buried a low finish into the bottom right-hand corner. 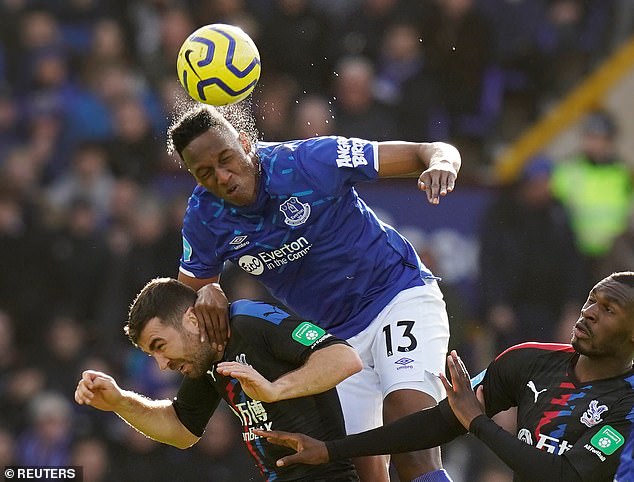 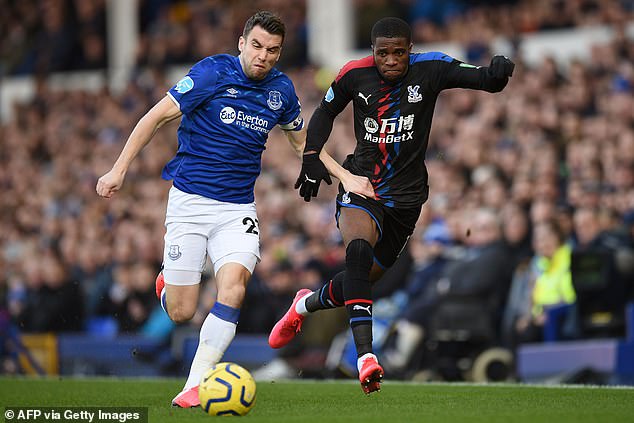 Palace should have equalised again when Benteke had a free header four yards from goal but Pickford made up for his earlier error with a brilliant reflex stop.

Gylfi Sigurdsson’s mazy dribble inside the area nearly would have been Goodison’s goal of the season but for a save by Guiata.

Manager Ancelotti may have thought the game too open by that stage and replaced goalscorer Bernard for midfield worker Tom Davies.

It worked nobly. Everton soaked up a bit of pressure and Calvert-Lewin then bagged his goal from close range from a rebound after Richarlison’s header had struck the crossbar.

Only Liverpool have gained more points than Everton since The Blues changed managers. Palace don’t know where their next one is coming from. 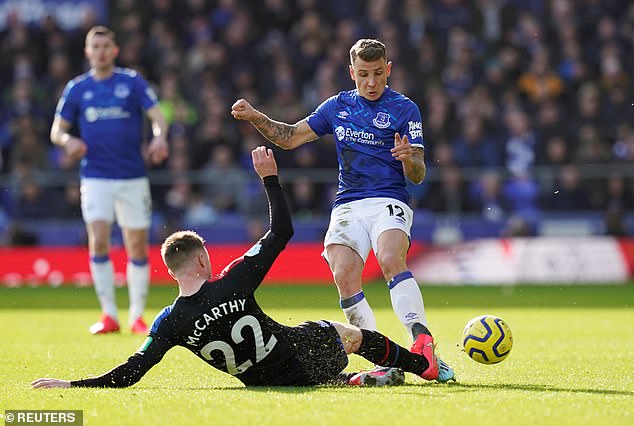 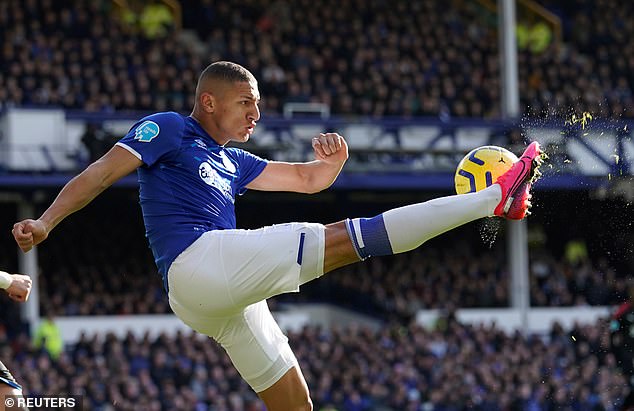