David Wagner became the latest victim of VAR farce on Tuesday night when the Schalke boss received a red card for trying to help an opposition player to his feet.

With Schalke locked at 2-2 with Hertha Berlin in the German Cup during extra-time, Wagner was accidentally knocked into by defender Jordan Torunarigha, who was tackled near the touchline in the 100th minute.

The former Huddersfield manager decided to drag the Hertha Berlin player back up to his feet by gently placing his hands near Torunarigha’s neck. 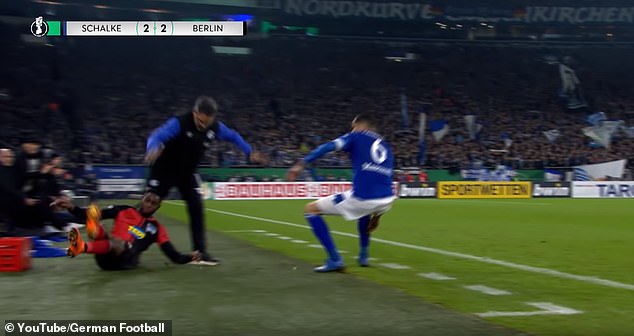 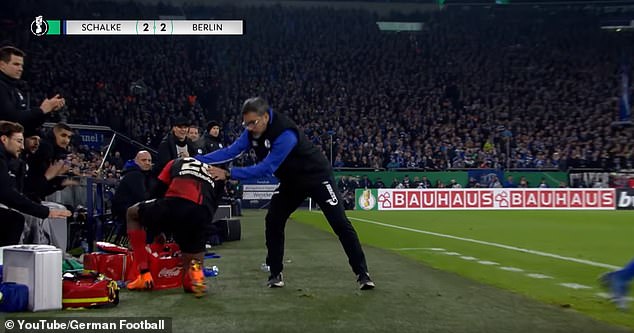 Torunarigha ended up losing his temper after being helped back up by Wagner, shrugging off the Schalke manager before angrily throwing a water-bottle holder to the floor.

The Hertha player, who witnessed his team throw away a two-goal lead, was then given his marching orders by referee Harm Osmers after being shown a second yellow card.

However, the drama didn’t end there as VAR decided to intervene and much to the shock of Wagner and everyone watching, the manager was shown a straight red for his role on the touchline.

Wagner remonstrated for a while after the Veltins-Arena crowd was left stunned but fortunately for the hosts, their manager’s dismissal didn’t have a negative impact on them. 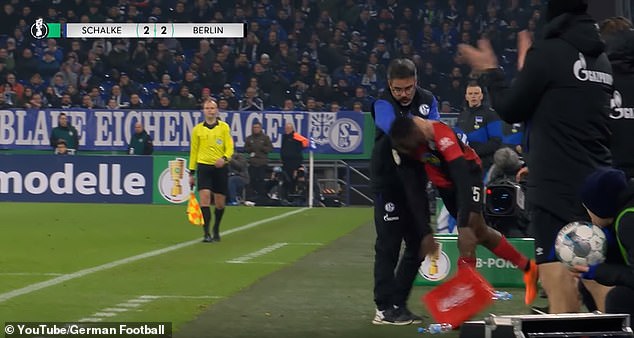 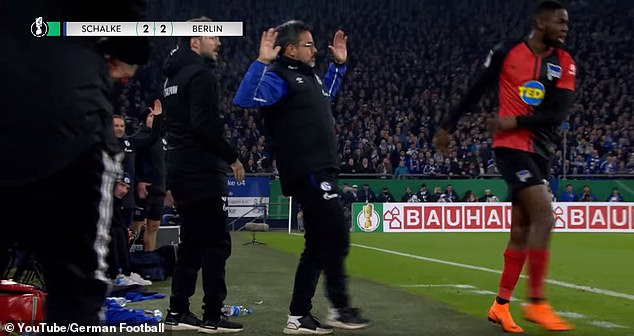 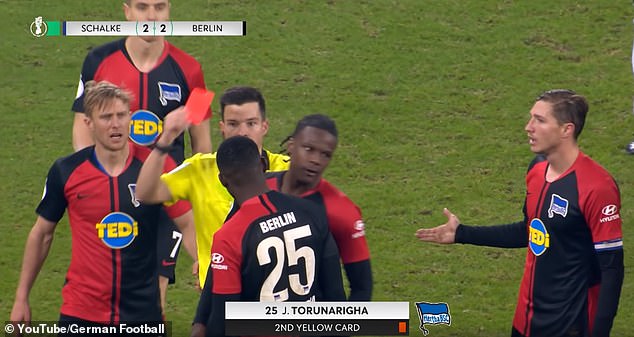 Torunarigha, who witnessed his side let a two-goal lead slip, was then shown a second yellow

In the 115th minute, Schalke turned the game on its head after netting the winner thanks to Benito Raman.

The Schalke substitute raced away on the counter-attack following a Hertha corner to calmly slot between the legs of goalkeeper Rune Jarstein.

And following the final whistle on Tuesday, Wagner revealed his shock regarding the red card decision.

Wagner said: ‘I can’t explain my red card. I’ve watched it back and my hand was on his neck, but I was trying to help him stay up. He then threw the crate of water.’ 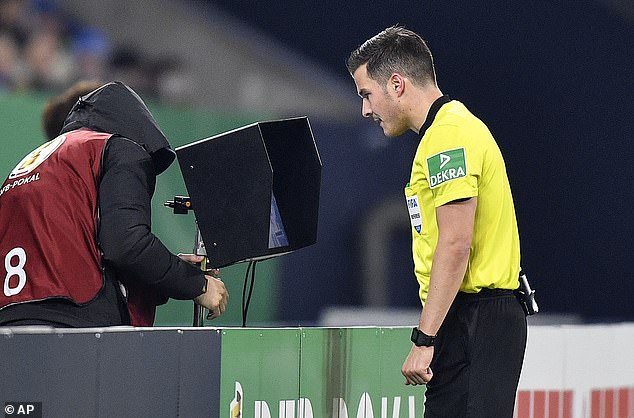