‘Look at England! Liverpool are streets ahead!’: Angel Di Maria says criticism of Ligue 1 not being competitive enough is unfair even though PSG hold 12 point lead at top of the table

Angel Di Maria believes Ligue 1 is still a competitive league even though Paris Saint-Germain are heading for yet another title.

The reigning champions of the French top-flight are 12 points clear of second-placed Marseille and are highly likely to win their seventh title in eight seasons.

Yet despite French giants Lyon lying in sixth place and ten-time winners Saint-Etienne languishing in mid-table, Di Maria maintains that the French league is still a challenge – and uses the Premier League as an example of how it is more competitive than other leagues.

He told the Ligue 1 website: ‘Many feel the league is weaker than others but look at other leagues, look at England!

‘Liverpool are streets ahead, and when we build up a similar lead it’s because the league isn’t as good?!

‘There are fewer star names here, but the league is really competitive.’

Only AS Monaco have managed to stop PSG winning a Ligue 1 title since 2012, with their 2016-17 title-winning squad containing Kylian Mbappe, who scored 15 goals in 29 matches to fire Monaco to the title. 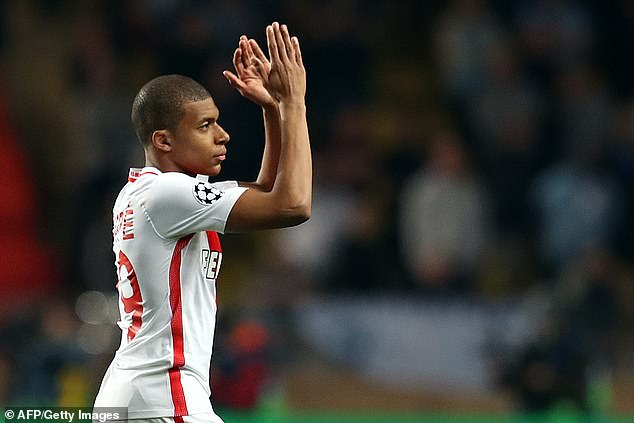 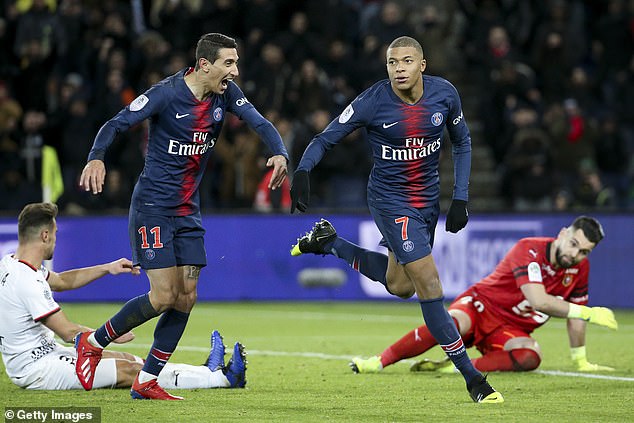 PSG responded to that disappointment by signing Mbappe for the following season, with the Frenchman scoring 60 goals in 72 league games for his new club, winning two Ligue 1 titles in the process.

While no team has come close to matching Monaco’s effort in 2017, Di Maria still thinks the other Ligue 1 teams are getting stronger each year.

He added: ‘It [the league] has changed a lot. I think that it’s getting more competitive with every passing year. 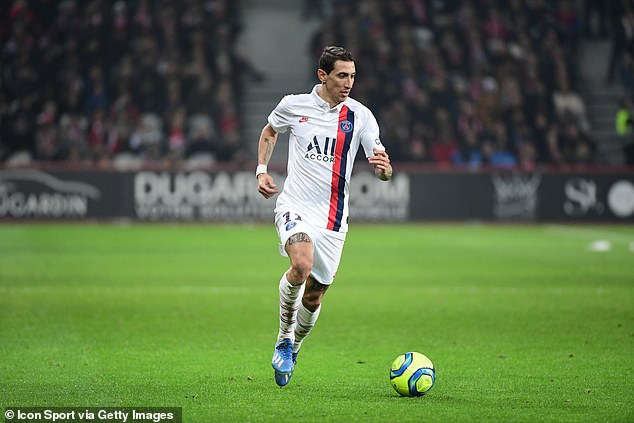 ‘Every season, teams are stronger, it get harder to win. My two first campaigns here… I’m not saying that they were east but the opposition was not as strong as it is now.

‘Little by little, the league has become more competitive, harder to win. Teams have worked out how to play against us.

‘Coaches have formulated plans to play PSG, Marseille, Lyon. It’s important and I think that it is helping the league grow.’