Arsenal target Thomas Lemar was left out of Atletico Madrid’s squad as the Spanish side’s poor form continued with a goalless draw at home to second-bottom Leganes in La Liga on Sunday.

Lemar missed training through illness this week and played no part in the stalemate at the Wanda Metropolitano Stadium as the fourth-placed hosts failed to score for the third time in four matches.

Arsenal are thought to have entered talks with Lemar and his agent ahead of the January transfer window closing on Friday, although Atletico coach Diego Simeone will want to recoup as much of the £52million fee the club paid Monaco for Lemar in 2018 as possible. 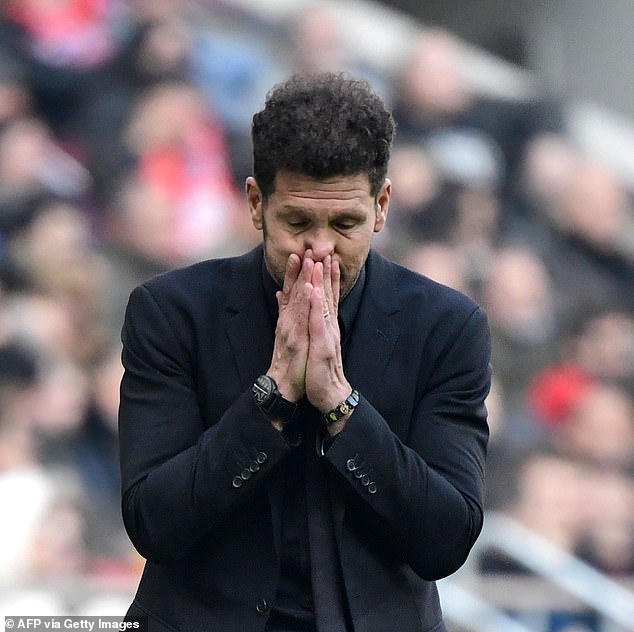 The 24-year-old has been unable to help Atletico improve on a paucity of goals that has seen the Champions League contenders score the joint fewest goals of any team outside the bottom six in La Liga.

His last competitive strike was against fourth-tier side UE Sant Andreu in the Copa del Rey more than eight months ago, although the tricky wideman set up six goals last season as Atleti finished second, eight points ahead of Real Madrid. 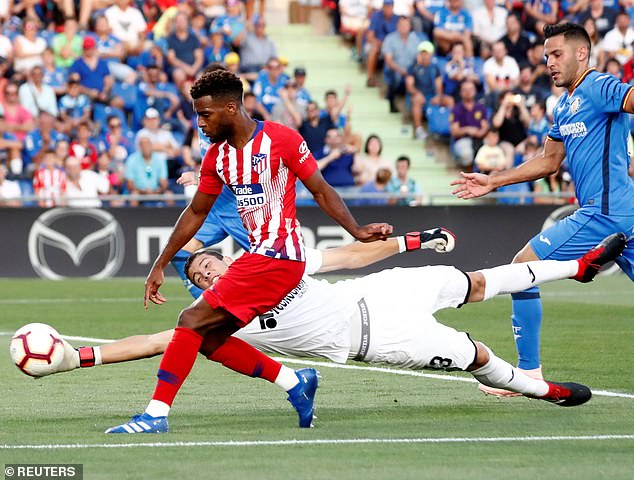 The winger has rarely hit top form for the La Liga side, playing 49 times and scoring three goals

New Gunners coach Mikel Arteta is yet to make a signing and could see Lemar, who has played 21 times for France and was part of the squad that won the 2018 World Cup, as a creator for a side that has won just six times this season.

Simeone has been linked with a succession of players but is looking to bring in funds after spending £430million on transfers, wages and loan fees for the likes of £113million Portugal striker Joao Felix and Kieran Trippier, who joined for £26million from Spurs in July. 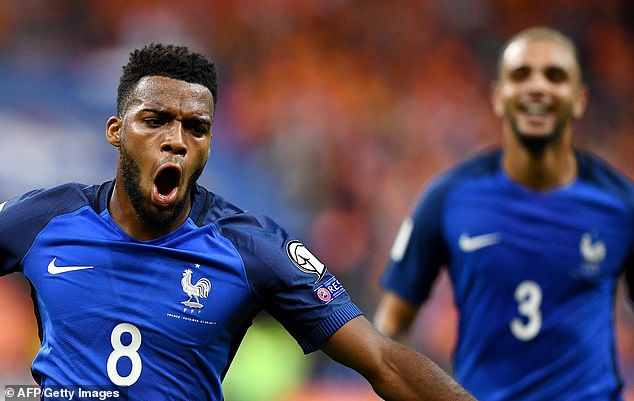 Having been a point behind Barcelona and Real Madrid in November, Atletico are now seven points adrift of the top two after stuttering against their relegation-threatened local rivals.

The draw came three days after they crashed out of the Copa del Rey at the round of 32 stage with an embarrassing extra-time defeat at third-division club Cultural Leonesa.