PSG boss Thomas Tuchel refuses to rule out Edinson Cavani sale as Chelsea ramp up interest in striker: ‘We don’t want to lose a player, but it can happen… we will have to wait’

The Uruguayan has found himself down the pecking order in the French capital thanks to a series of injuries and the arrival of Mauro Icardi last summer.

Cavani is wanted by a number of clubs with Chelsea looking like favourites to land the striker.

Speaking on Tuesday, Tuchel admitted it is a possibility the player could leave.

CAVANI STATS SO FAR THIS SEASON

Asked about Cavani, He said: ‘We don’t want to lose a player but it can happen, it’s reality. We have to wait, maybe nothing will happen. I’m calm.

‘Leonardo said everything and that’s good. Edi is my player and I’m happy it is like that.’

Cavani has just six months remaining on his PSG contract, meaning they risk losing him for nothing if they fail to sell this month. 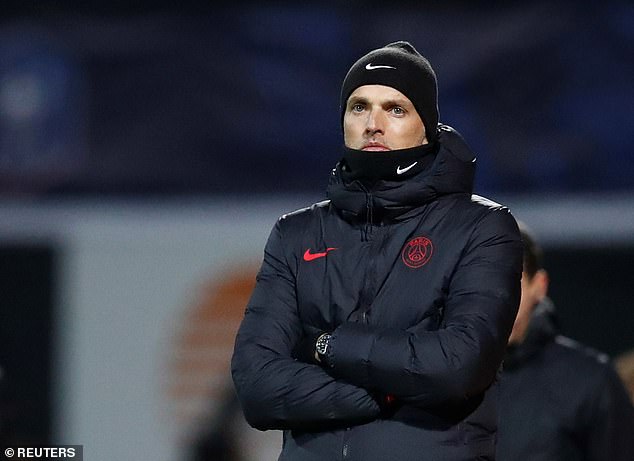 He has played just 14 times in all competitions this season, scoring on five occasions, and has told the club he wants a new challenge.

Atletico Madrid are also one of the frontrunners to sign the 32-year-old.

But Chelsea have stepped up their pursuit of the forward by holding talks with PSG over a possible deal.

Manchester United and Tottenham have also been linked with moves for Cavani.